Out of the massive lore on dozens of supposed alien races that make up the UFO phenomenon, the Tall Whites (sometimes referred to as Nordics) are probably one of the least frightening because they appear similar to humans. They’re humanoid appearance often has them mistaken as Pleiadians, to which at first glance they seem interchangeable. However, the Tall Whites are an entirely different race and winners of the most original name award. Whistleblowers claim the United States military has been in cahoots with these E.T.s since the 1950s, specifically the Air Force. They’re described as human looking for the most part… just huge; sometimes taller than 8 feet. They have blonde white hair (Often stark white) across the board. In appearance, they’re very individualistic just like humans. The Tall Whites share physical traits of a white chalky complexion. The aliens’ most common eye color is blue- though there have been reported exceptions. 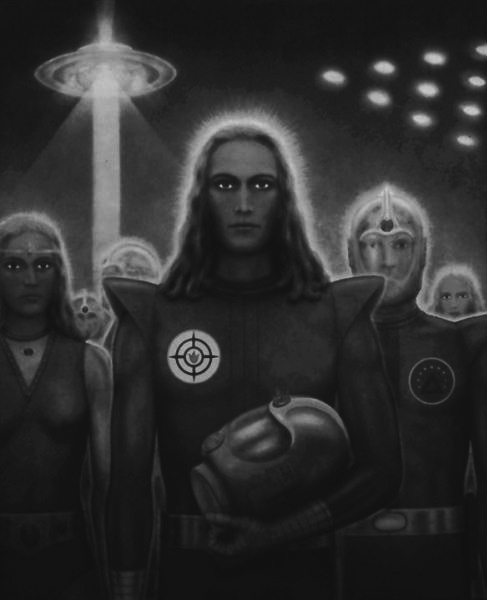 Similar to humans for the most part

The Tall Whites walk funny on Earth because their bodies are used to stronger gravity. They’re normally reported to wear jumpsuits of white or blue; contactees have reported a variety of colors though. They live to be insanely old, up to 800 years and don’t age similar to how human beings age at all. The only comparison to humans is size- until they reach the age of 400. Then their growing process goes crazy; depending on age these E.T.s can appear like giants to us.

The Tall Whites have individualized talents and interests with varying intellectual capabilities just like us on Earth. They use technology to communicate with humans telepathically and are known to carry devices on them with telekinetic capabilities they use to defend themselves or perform manual labor with. On their home planet, days are much longer, so they usually stay awake up two to three days at a time on our world, then sleep the same amount of time they were awake. Comparably, the Tall Whites spend more time sleeping than humans, equal to half their lifespan.

The Tall Whites have never revealed their homeworld to any contactee but seem to revere the star Arcturus. It’s very important to them, or at least something by it is. Maybe their teachers are another alleged E.T. species know to reside in the star system, the Arcturians, who are said to be a blue-skinned spiritually orientated loving race. 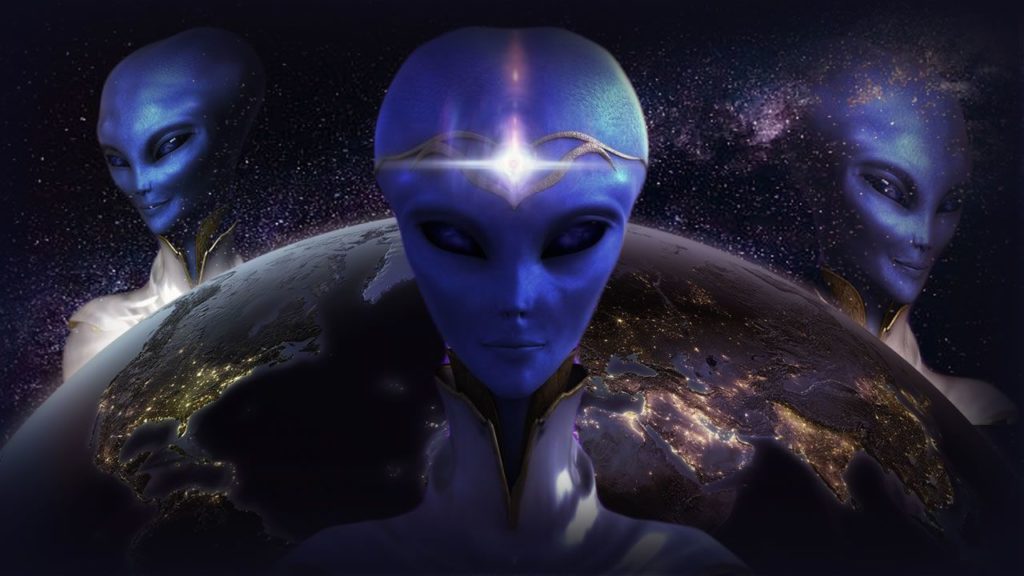 The Tall Whites don’t die of old age like most humanoid species in the cosmos. Some unstable nature of their genes causes them to outgrow their bones as they get older. Researchers have speculated that one of the reasons aliens have such an interest in humans is their genetic stability and adaptability. The Tall Whites painful death by essentially outgrowing their bodies could be from genetic tinkering gone wrong. Though any such notions on the matter have no basis on factual encounters given by contactees.

There are many historical references ancient alien theorists point out indicating the Tall Whites visited Earth in our past. But they say that about all aliens and sadly its become kind of a joke to the E.T. research community. Like the Aztec mythology of white gods and such. Though what little evidence exists of their presence on Earth suggests they didn’t land here until the 1950s.

Throughout the Tall White’s history, their spacecraft technology has often changed drastically, their current ships are all different from one another according to Charles Hall, a nuclear physicist U.S. Air Force Whistleblower. So the UFO witnesses have different tales on what their spacecraft look like. However, the classic saucer shape is the most common. The Tall Whites allegedly shared some of their technology with the Air Force over a decent amount of time. The classified meetings took place on a remote no-fly zone base in the desert with extremely limited access. Charles Hall, one of a handful of non-combatant Air Force personnel, was allowed to sit in on these meetings for the nuclear physicist’s scientific input. He and others like him were integral to the Air Force commander’s less scientific minds during the decision making process. Hall interacted with the aliens many times during the technological exchanges, even sitting across from them during negotiations. He concluded they were plant-eaters, never eating any of the food the Air Force provided at the meetings. Instead, they would eat from prepared bags of what looked like mushroom pudding to Hall. He also noticed them collecting Earth seeds on many occasions, concluding the Tall Whites most likely to be vegetarians. 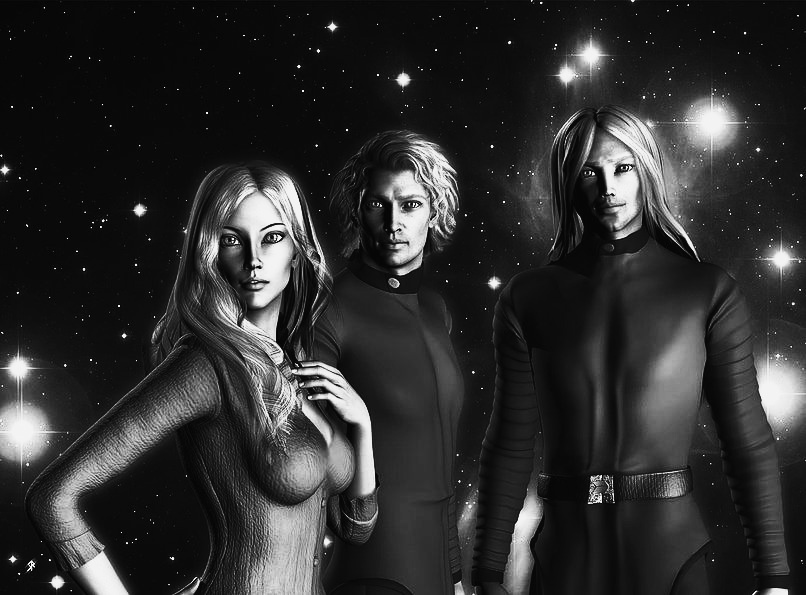 The Tall Whites are indifferent to Earth. While not being hostile they’re definitely not friendly either. They have their own agenda.

It’s also rumored the E.T.s had a meeting with President Eisenhower to end the governments nuclear warhead building in exchange for advanced technology. This happened in 1954, under the guise of Eisenhower needing immediate dental surgery, but that was just a cover story so he could treat with the Tall Whites in secrecy. This meeting didn’t end well. It’s said shortly after the Greys offered Eisenhower a different deal for advanced tech, and he could keep developing the nukes. The Greys just wanted to abduct people and experiment on the American populace without question. With any civilian stories or worries suppressed by the government. Supposedly, President Eisenhower accepted this deal. A boon in the tech industry shortly followed.

Contactees often say the Tall Whites don’t pose a threat to humans and principally engage in exchanges with governments. They also mainly used Air Force bases as a type of rest stop for their deep space travel. They seem to have no ulterior motives and don’t go around abducting humans against their will. Not much is known of any religion the Tall Whites may subscribe to either, though they do seem to have a spiritual aspect to them. Whistleblower, Charles Hall overheard a woman reference God while talking to the aliens, and they seemed to understand the reference; treating it respectively.

Hall has mentioned the Tall Whites being envious of certain human abilities. Like the ability to multi-task. The aliens for the most part only focus on one thing at a time, which can make them seem robotic. They also admired the tremendous physical damage human bodies can take, and how quickly our bodies heal. Though that doesn’t mean they view humans even close to their level as a civilized culture. They look at humans as “rough and tumble creatures” to quote Hall. Our discovery of nuclear weapons greatly frightened them in the 1950s because they didn’t want to see a planet capable of supporting life wasted in meaningless war. The Tall Whites would never step in against our will as a species though. There seems to be a code of conduct in the galactic community that doesn’t allow space-faring civilizations to interfere with developing sentient species.

Apparently, there is some kind of protocol aliens have to follow if they interact with humanity

Many Tall Whites never learned English in their stays at the Air Force base. If they didn’t have their technology on them that allowed communication telepathically with humans, they would point and grunt to get their point across. The way they communicated with each other is very different than our form of speech. The Tall White’s vocal cords emit frequencies humans can’t comprehend by ear. This made some people on the base think they communicated telepathically with one another because many found it odd their mouths would move but they didn’t hear anything. The aliens almost rely completely on their technology to communicate with humans.

The technology that was exchanged helped us to create better radios and electronics. Allowing better quality of overall products being produced as well as the quality of our building materials. They exchanged information relating to medicine, food, clothing, the solar system, and plastics. In return, the Tall Whites received a deep space base, as well as future trade goods, promised based off what they gave to the Air Force. The Tall Whites had no interest in exchanging any weapon technology despite being asked many times by the military. The E.T.s refused outright to give any technology that outstretched our current level of development as a species too.

Of all the alien encounters in the UFO phenomenon, the Tall Whites are incredibly rare to be encountered. Even rarer in recent times. The race of extraterrestrials has no negative stigma attached to them for the most part, and their interactions with Earth pretty much only being business orientated. Well, other than trying to convince us to get rid of our nukes that is.These aliens appear similar to humans and don’t seem to have ill intentions towards Earth. 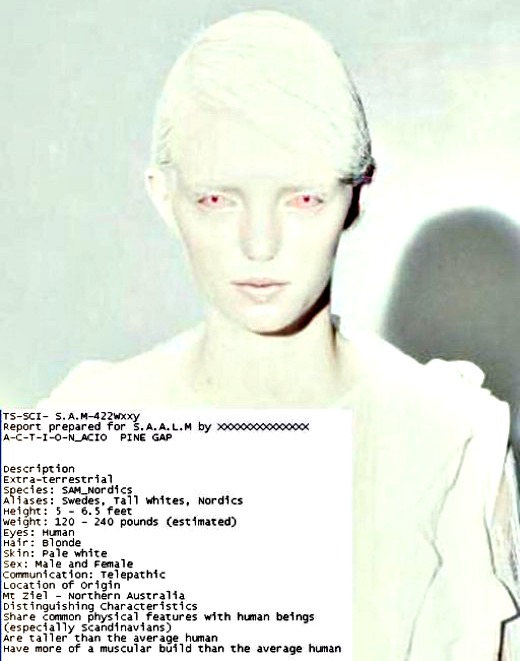 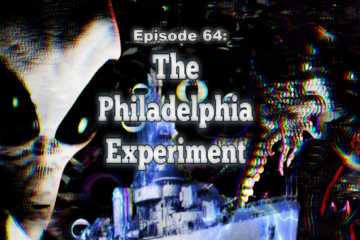 The Philadelphia Experiment is one of the most grotesque military urban legends ever — and it has endured as an infamous World War II conspiracy theory. Around October 28, 1943, the U.S. Navy destroyer escort Read more…