Entity Of The Week: Stingy Jack

The modern version of Halloween has had many influences from various cultures throughout history. Even dating back to an ancient Roman festival called Pomona, which celebrated a goddess of the harvest. Some of the games played during Pomona have even survived to this day, such as bobbing for apples. But the culture that’s had the most influence on Halloween is easily the ancient Celts and their enigmatic Samhain festival. The Celts were a mixture of many different people dwelling in Ireland, Whales, England, Scotland, and central Europe. The Legend of Stingy Jack has its roots from one of these ancient Celtic groups that would one day be known as the Irish. Pumpkins and Jack O’ Lanterns are a modern-day staple of Halloween, but the origins of the Jack O’ Lantern are steeped in mythology from Ireland. 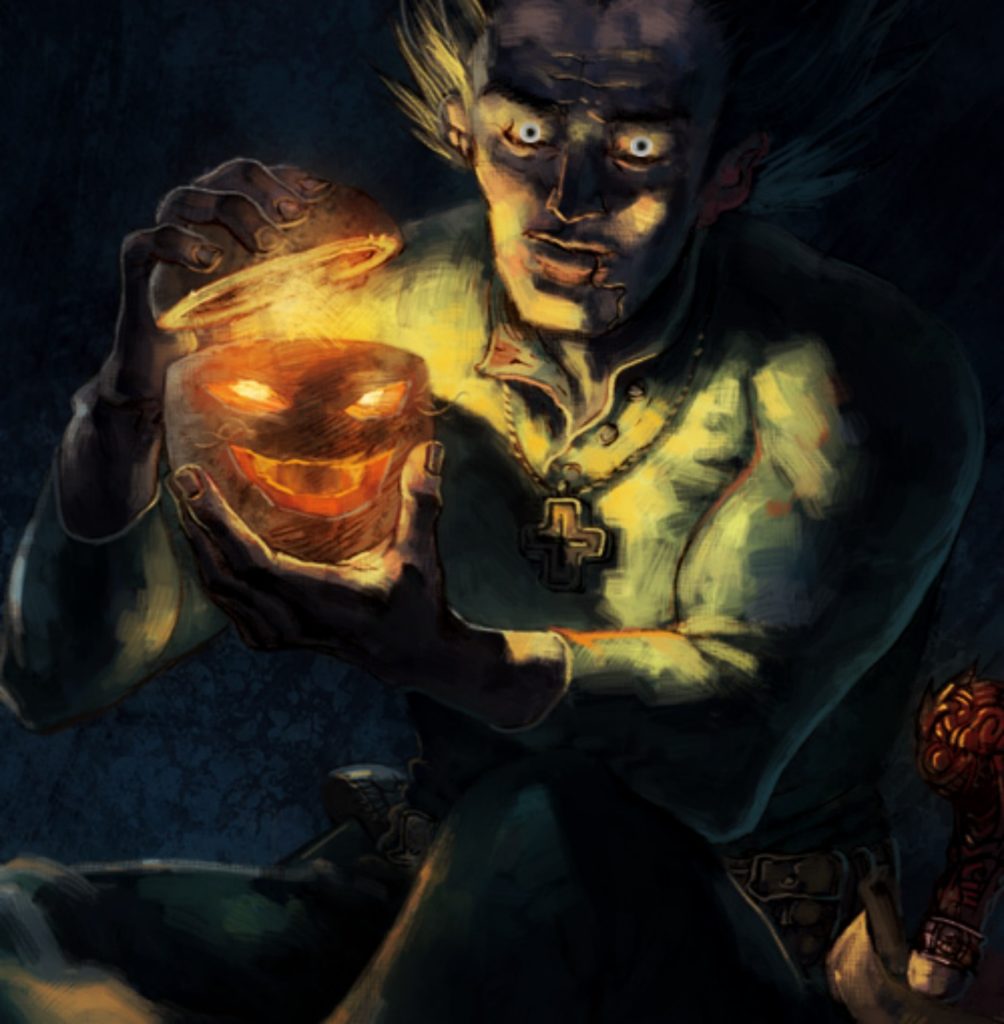 Jack was a trickster and con-artist through and through

A long time ago there was an Irish man named Stingy Jack. Though Jack was no normal man. He detested people who blindly followed their cultural conditioning. And hated those with a herd mentality, unable to think for themselves. So Jack lived life in his own way with his own rules. Normally this would be a great thing, but Jack lacked ethics and was horribly self-centered. The only thing he loved more than tricking people was liquor, and to say Jack was a mean drunk would be an understatement. He was a con-artist, whose reputation became so renown, it preceded him wherever he went.

Then one day the Devil himself caught wind of Jack’s deeds, and couldn’t resist the temptation to claim such an evil soul himself. So the demon sought Jack out. After a night of heavy drinking and swindling the naive out of their money, Jack stumbled home down a dark and desolate road. All the sudden out of the darkness the Devil appeared and confronted Jack, telling him how proud he was of the man’s deeds, and how eager he was to claim such a worthy soul. However, through sheer wit and charisma, Jack convinced the Devil to allow him one last drink before taking him to Hell. So the two journeyed to a nearby pub, where Jack could have his final drink. But when the barkeep asked for payment Jack told the entity he was out of money. Somehow the clever trickster convinced the Devil to transform himself into a coin, so they could pay for the drink and leave. Upon transforming into a coin though, Jack put the coin into his pocket where a home-made crucifix resided. This robbed the Devil of his powers. He was unable to transform out of the coin form and was trapped. 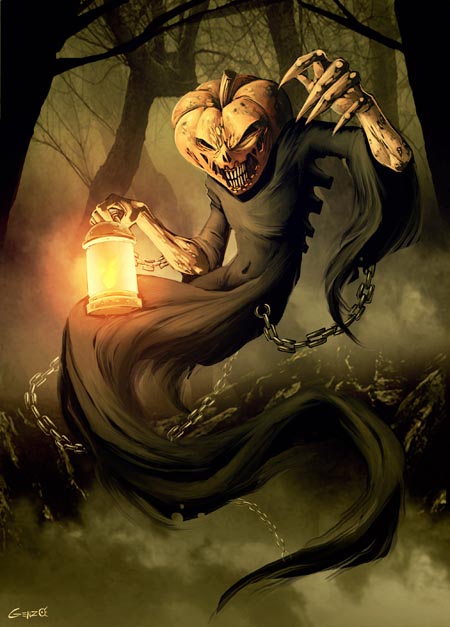 Powerless and at the mercy of the trickster, the Demon offered to make a deal. Jack agreed, saying he would set the Devil free if he spared his soul for the next ten years. He would continue his life of debauchery, crime, and fraud to make his soul even riper for the Devil’s satiation. After sealing the bargain the Devil was set free and left Jack in the darkness. For the next ten years, Stingy Jack became even more notorious and reviled.

When Jack’s time was up, the Devil once again came to claim his prize. He found Jack drunkenly stumbling down the same dark desolate road he did in their first encounter. Jack greeted the Demon King and agreed to go with him… But, he was hungry, and would only go after eating an apple. Jack pointed at a nearby apple tree and asked the devil to grab him one because he was too drunk to climb the tree. Amused, the Devil obliged him. However, once the entity was up in the tree Jack surrounded it with crucifixes he’d hidden in a nearby bush. Everything went according to Jack’s plan. And once again, the Devil was trapped. Somehow old Stingy Jack had managed to trick the King of Hell a second time. This time the deal they made was that the Demon would never claim his soul. After the bargain was made, the Devil left, leaving Jack alone on the dark road once more. 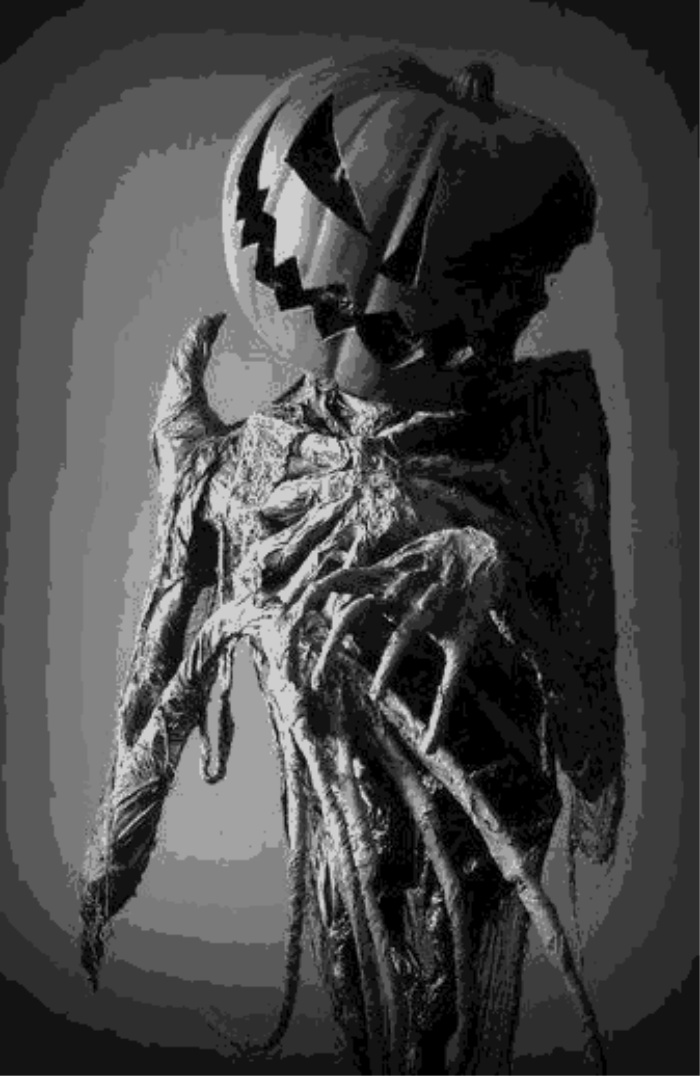 Has making deals with the devil ever turned out well? How about if you conned the devil?

Old Stingy Jack lived a long life full of tricks and hedonism. But everyone dies eventually. When he was released from his mortal coil he found there was no grim reaper to collect him. The spirit world was cold, dark, and hard to traverse. Jack searched the netherworld until he eventually found the gates to Heaven. The trickster desperately asked to be let inside, but Saint Peter refused him. Saying Jack, was beyond unworthy to be allowed even a single step into paradise. Then the angelic guardians at the gates sent his soul away. So Jack desperately searched through the void between planes until he reached the gates of Hell, asking to be let inside. When the Devil heard who was at the gates he came to see Jack personally. The King laughed demonically at him, saying “We had a deal.”

Realizing he was damned to be a wandering lost soul, Jack begged the Demon King for a light to help illuminate his journey through the darkness between spirit realms he would be trapped in for all eternity. The Devil was still very proud of Jack’s life of evil and took pity on him. He threw an ember of Hell at Jack, then told him to be gone. Jack took the ember, then carved a turnip into the first Jack O’ Lantern, and placed the ember inside. The light would lead him through the darkness of his purgatory, condemned to wander the Earth until the end of days. Jack became a restless spirit that would wave his Jack O’ Lantern to lead people away from their paths and influence the living towards evil deeds. The trickster would forevermore seek to fool the living into damnation even to this day. 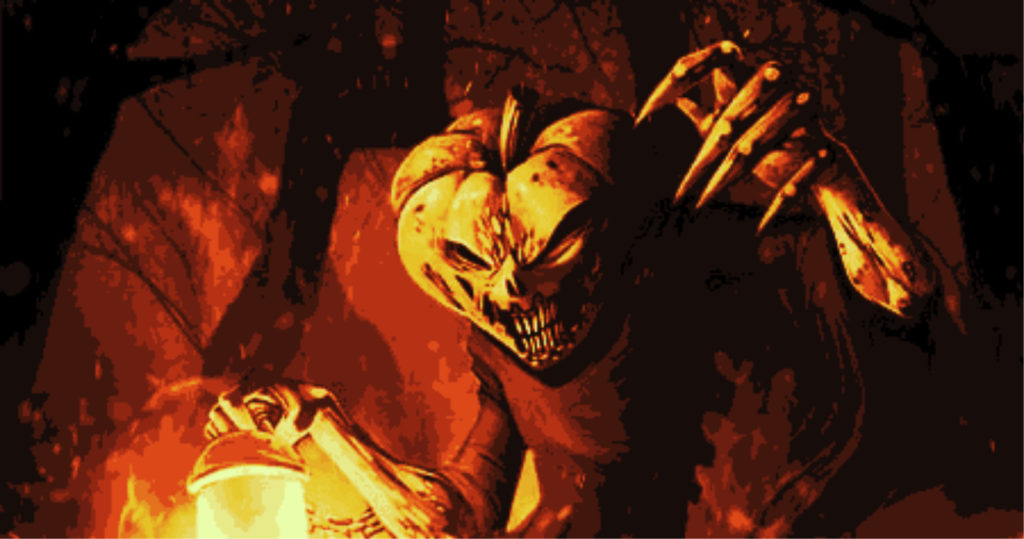 Stingy Jack is going trick you into damnation 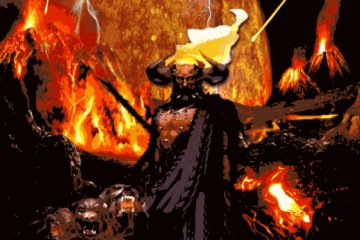 Ashmodai (also known as Asmodeus), is a powerful entity that should not be messed with or taken lightly. He is known as the Prince of the Avengers of Evil, as well as Ashmodai the Destroyer, Read more…