In Japan, beneath Mount Fuji is the forest of Aokigahara. The location also has two other names: Suicide Forest, and the Sea of Trees. Malevolent rumors surround the forest because over the years hundreds of people have entered with no intention of leaving. The Japanese landmark has a dark history and is a place many spend their final sad moments before intentionally committing actions that lead to their own death. This has caused a morbid fascination in some and a horrific revulsion in others. 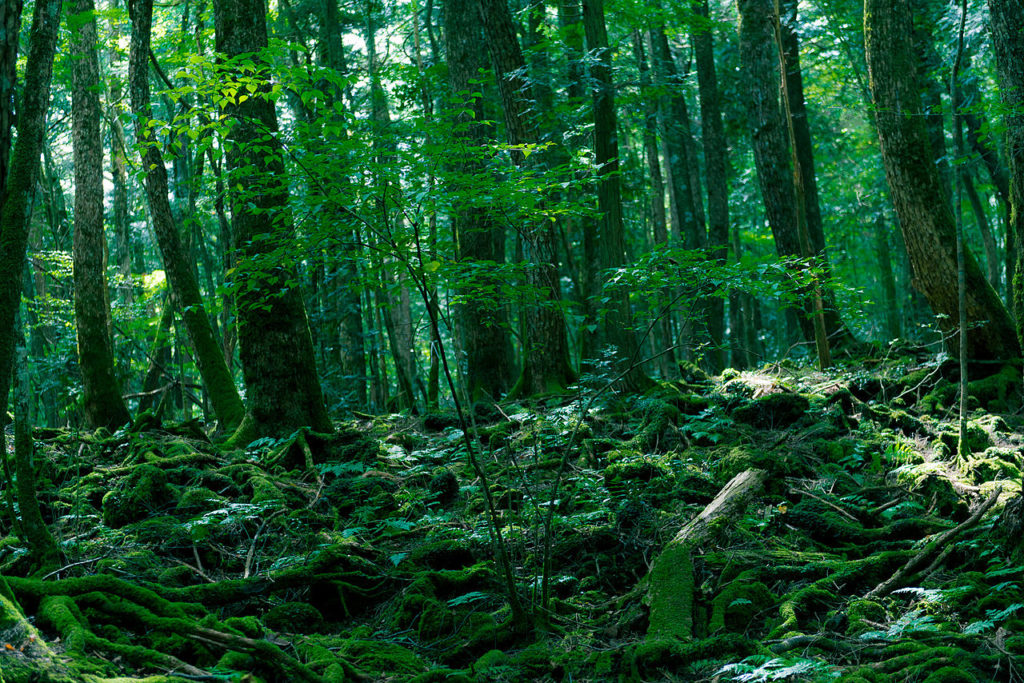 During Mount Fuji’s last eruption in 864 C.E. lava dried in the area and formed into the base on which the forest would eventually grow. There are also many underground caves in the forest that formed from the lava so long ago. It’s eerily silent in Aokigahara because the lava is porously dried, meaning the natural stone in the forest absorbs sound. This creepy silence has been called serene and peaceful to some, but completely unnerving and repulsive to others. The forest is incredibly thick and sprawling with trees making it very easy for someone to get lost, and over time Aokigahara has become one of the most popular places to commit suicide on the planet. Hikers who travel through this Sea of Trees use plastic tape to cover their progress and keep them from losing their way. People seeking to kill themselves don’t always do it right away when they enter the forest. If someone follows a tape trail, it will often lead them to something at the end of it. Be it an abandoned tent or a decaying corpse.

It’s not like this is an okay thing to do according to the Japanese government or anything. The government has put up many signs in the forest urging people to remember their parents, family, and children. On these signs scattered throughout the woods, is a suicide prevention number to call. However, none of the Japanese government’s attempts have ever stopped people who wish to end their own lives from entering the forest. With the death rate so high, the government no longer gives statistics of people who kill themselves in Aokigahara. The deaths are estimated to be up to 100 people per year. Suicide Forest is so thick and the foliage so lush, many bodies are just absorbed into the Earth and never found. Any true estimate of deaths can never be 100% reliable. Leading many to believe the number of deaths per year is far greater than 100. Another thing that’s creepily common there is before entering the forest in the parking lot there’s always abandoned vehicles left by those who walked into the forest, never to return. 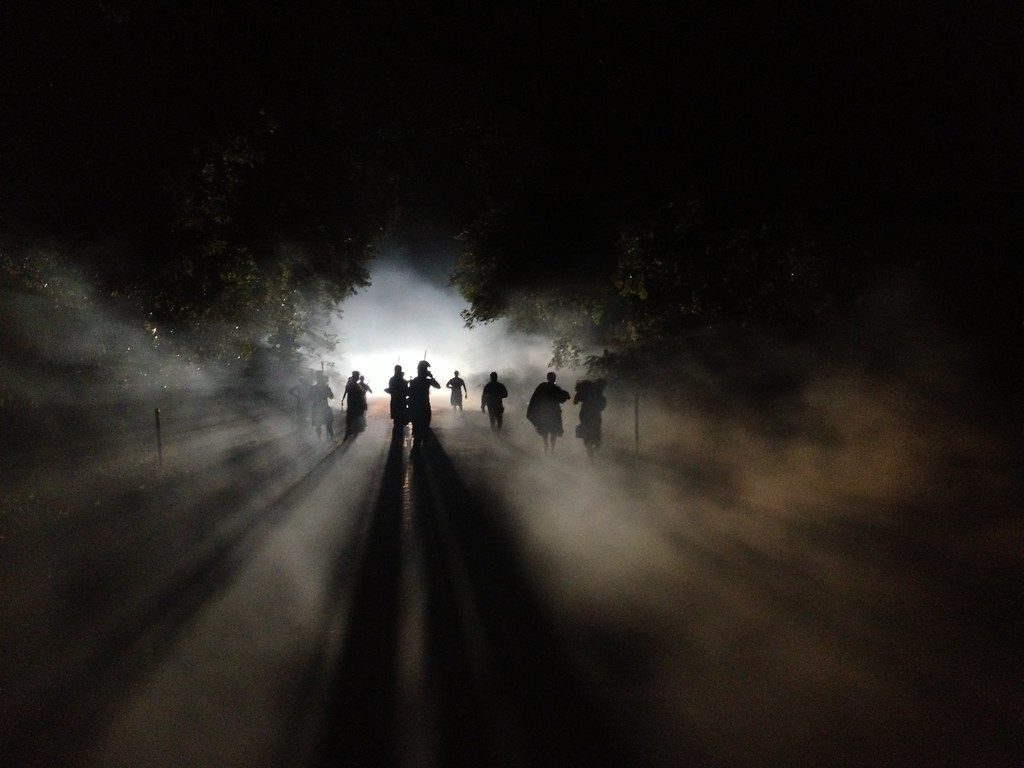 So many lost souls are said to wander the Forest

Suicides in the Aokigahara increase in March during the end of the fiscal year. The most common means of death is either hanging or drug overdose. Local officials have tried to distance the forest from its macabre reputation because there are other lucrative tourist sites within Aokigahara- such as the Narusawa Ice Cave and Fugaku Wind Cave. Despite all attempts though nothing has ever worked to quell people from all over the world coming to this dense forest to kill themselves. This may seem horrific but Japanese culture has a history of accepting suicide. The samurai committing seppuku was seen as an honorable act. So while tragic, it doesn’t hold the same stigma as it does in the west. Japan has one of the highest suicide rates in the world. The issues ranging from mental health, shame, financial distress, or family conflict. All these things can be an acceptable reason to commit suicide in Japanese culture. Which is both disturbing and fascinating. The kicker though is the people who kill themselves in Aokigahara range from people all over the planet, not just the Japanese.

The dark history of Suicide Forest goes back further than the modern era though. In ancient Japan, practices of abandoning the elderly deep in the woods during times of famine or economic hardship existed. This was to ease the family’s burden with one less mouth to feed. The elderly person would be left to starve, die of dehydration, or to the elements. Which is a pretty horrible death. Some say because of this dark practice centuries ago it made the forest haunted. The ghosts who linger in Suicide Forest are called yurei in Japanese. These spirits are vengeful and angry towards the living. The yurei only seek to torment visitors, urging them to join them in death. The trees themselves are said to have absorbed malevolent energy from the suicide victims. The ground is so uneven and the forest so fertile trees grow in sporadic and abnormal ways. Sometimes giving off the impression trees can move or even walk. Since light rarely penetrates deep into the forest, the ever-present gloom can play tricks on the eyes. Decaying bodies swinging from trees is a common sight, a memorial of lost souls. 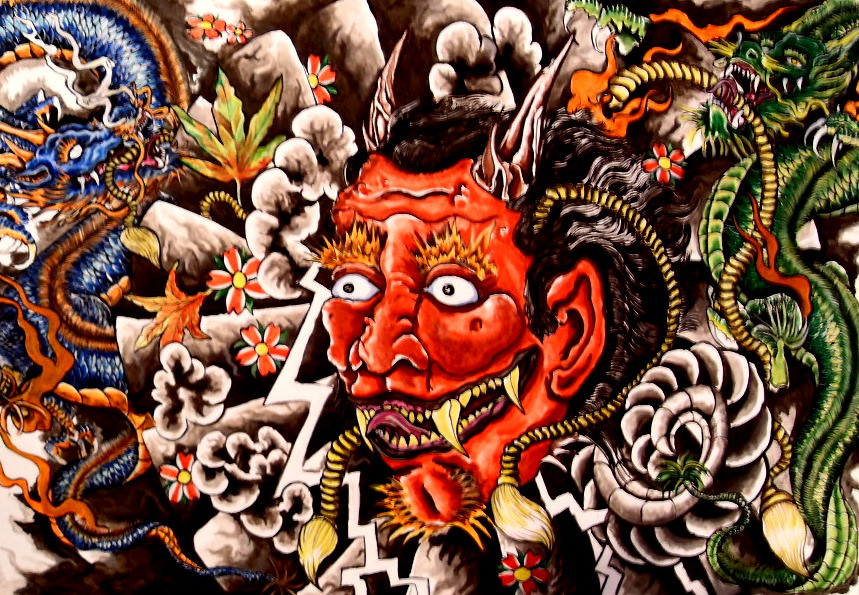 Yurei are very demonic in nature

Still, even in this haunted forest, there are people who have a job to do. Forest workers take care of the place regularly and when they find a body, they bring it inside forest stations. According to Japanese custom and lore, one of the workers has to sleep right next to the corpse. This practice comes from Japanese folklore in which the belief exists that if someone doesn’t sleep next to the corpse, the dead person’s yurei will go nuts and cause trouble for the living. Which is strange to see in such a modernized and prosperous country. They truly do believe in their folklore.

Aokigahara is easily one of the worlds most haunted forests. Locals and people who have visited Suicide Forest insist spirits and demons live among the trees, and if a hiker isn’t careful, he’ll be sure to join them. 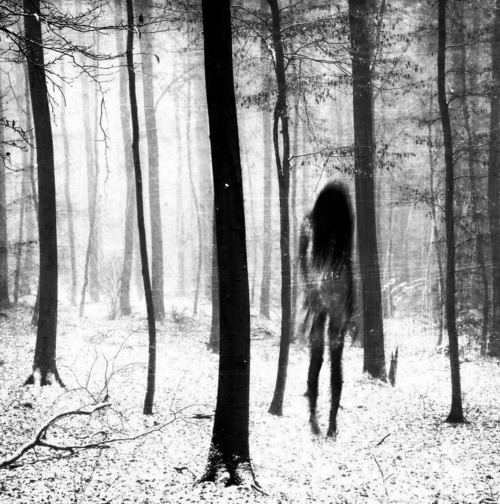 The Forest will swallow you whole