Entity Of The Week: Azathoth

Out of all the entities in the Cthulu Mythos, none are as mighty as Azathoth. He’s the ruler of the Outer Gods and the creator of the universe and all planes of existence. Like most entities in the Mythos universe, Azathoth has a variety of names. Such as the Primal Chaos, the Nuclear Chaos, the Cold One, the Deep Dark, the Blind Idiot God, or the Demon Sultan. He’s without a doubt the most powerful and feared entity out of all the eldritch horrors. Nothing even comes close to Azathoth on a fundamental level. This entity is basically the God of H.P. Lovecraft’s universe. Though like all things Lovecraft, your headcanon overrides all other opinions on the alpha of the Outer Gods.

Azathoth floats in the void at the center of existence. But, there are theories that suggest he might be located elsewhere. One such theory is that he’s actually located at the center of our planet. Though the majority of the fandom conclude the eldritch horror floats in the darkest depths of space, living in all planes of existence and timelines at once. It’s there that Azathoth sleeps. And it’s only because Azathoth sleeps that we humans exist in the first place. 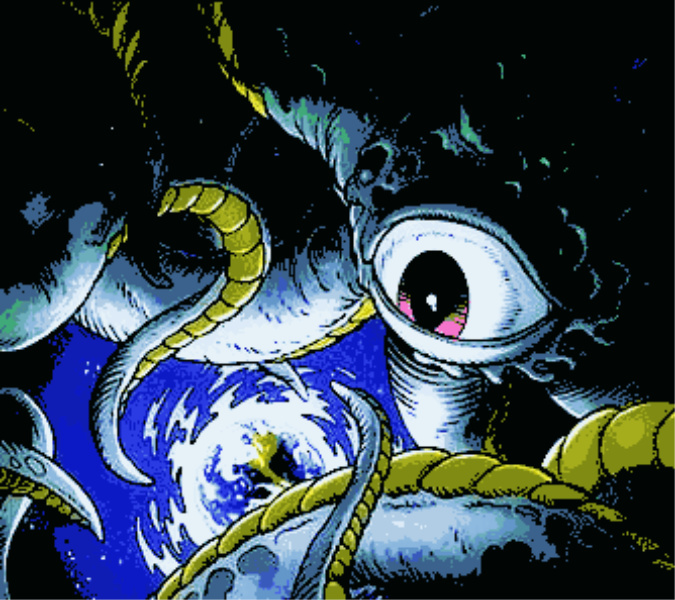 The Dreamer in the Darkness

Lovecraft mentions Azathoth in a lot of his tales. But never gives a solid description of the Outer God. It was only later authors and the fandom that gave us a clearer view of what the Primal Chaos looks like. Azathoth is an amorphous blob of tentacles and writhing, ever-changing skin. The Outer God has no stable or consistent form. Depicted with gaping mouths of sharp teeth and a plethora of eyes. His size is massive, beyond human comprehension of what a living being might be. Here’s a description from H.P. Lovecraft himself from the unfinished story he wrote entitled ‘Azathoth’:

“Outside the ordered universe is that amorphous blight of nethermost confusion which blasphemes and bubbles at the center of all infinity- the boundless daemon sultan Azathoth, whose name no lips dare speak aloud, and who gnaws hungrily in inconceivable, unlighted chambers beyond time and space amidst the muffled, maddening beating of vile drums and thin monotonous whine of accursed flutes.”

The Outer God exists just outside our physical reality beyond space-time. Though there is evidence of him in our material universe. At least according to some. At the center of the Milky Way galaxy is a supermassive black hole called Sagittarius A. Many in the fandom say this is a physical avatar of Azathoth. He is the center of infinite chaos, existing beyond all concepts, and beyond the knowledge of all life forms. Even the other Outer Gods don’t understand Azathoth. But, all hold the Blind Idiot God in utter reverence and fear.

The Nuclear Chaos is in eternal sleep. Deep in the void where the eldritch horror slumbers, the servitors of the Outer Gods constantly circle Azathoth. They’re lesser deities damned to play a maddening tune with drums and flutes in an eternal song to keep the Great Daemon Sultan from awakening. Beside these musicians are the eternal dancers that float around the center of chaos. It’s of the utmost importance the song never ceases. Azathoth must never be awoken at all costs. 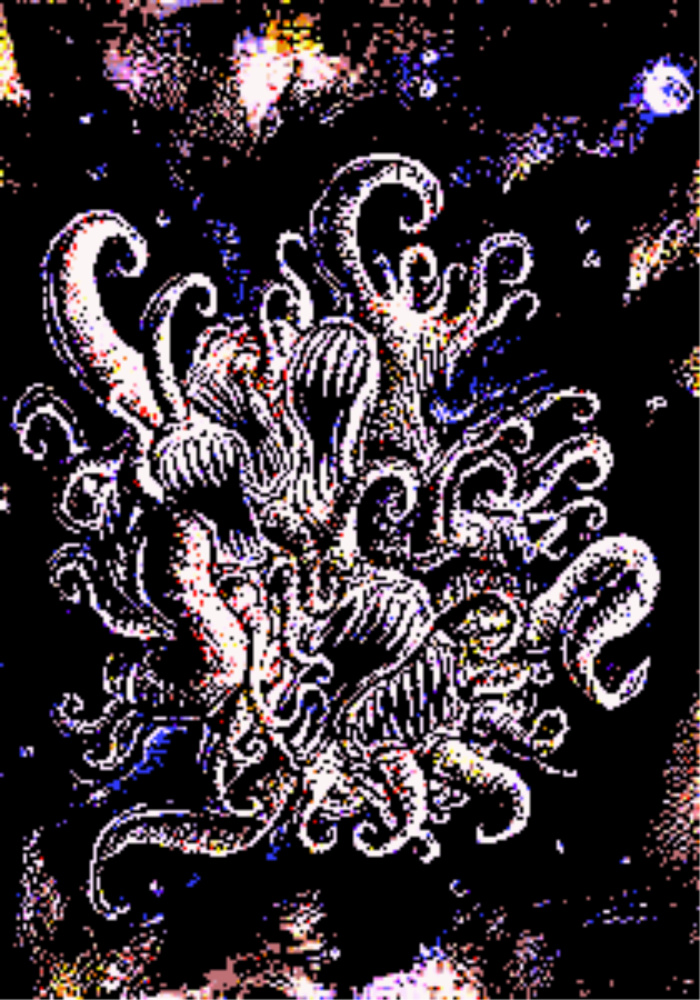 Though despite living in a night of eternal sleep, the Outer God is omnipotent. He’s also omnipresent. Possesses omniscience, and has omnimanifestation (which means he can manifest looking like anything and even be anything.) The Blind Idiot God is very contradicting. How can something be completely stupid yet have such power? How can something be omnipresent yet oblivious? I think this misses the point though. Ineffable things aren’t supposed to make sense.

Azathoth commands his son, the Outer God Nyarlathotep. The messenger and avatar of the Outer Gods. Though some claim Nyarlathotep isn’t just the son of Azathoth, but the very avatar of the Daemon Sultan in material existence. Which makes some sense considering Nyarlathotep is second to none in sheer power (except perhaps Yog-Sothoth.) Nyarlathotep’s able to traverse between all planes of existence freely, where other Outer Gods and Great Old Ones are blocked. Nyarlathotep has no loyalty to any star gods other than Azathoth himself. Though, even he sometimes enjoys manipulating his father. 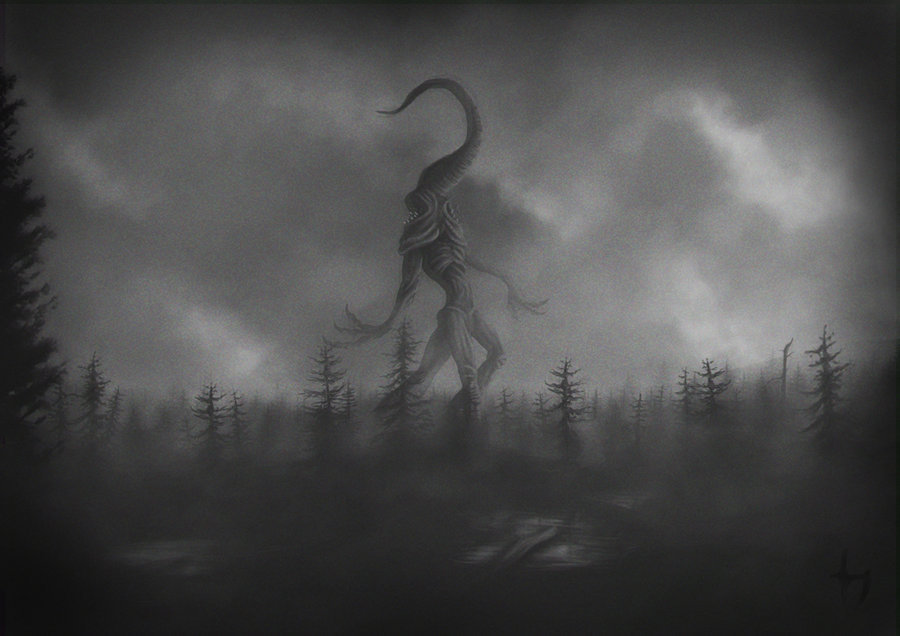 H.P. Lovecraft left many things concerning his mythos up to interpretation. For us to create our own canon. For this reason, fans have come up with countless theories about Azathoth. Like he’s actually a pawn. Just a tool for a far more unknowable entity. Used to manifest reality because of its primordial chaotic powers of creation. Another interesting theory is Azathoth is the sole survivor of a cosmic war. A war between entities like himself in which the Daemon Sultan was the only survivor. Some say this war could have damaged him. Causing the entity to lose its intelligence, sanity, and reason.

This leads to the dream theory. Which is pretty much accepted as canon across the board in the Mythos universe. It states that everything in existence takes place within the mind of Azathoth. What the Daemon Sultan dreams, comes into existence. It’s said the eldritch horror doesn’t know what it dreams about. From bacteria to light, to human lives, all the way up to Cthulu and the other Outer Gods themselves. In a sense, everything is Azathoth. Humans, animals, and aliens, all being thought-forms. Which is why the Outer God is both interesting and horrifying. It’s the epitome of cosmic horror. With all life in the universe being a meaningless dream given form by an uncaring and unknowing god. 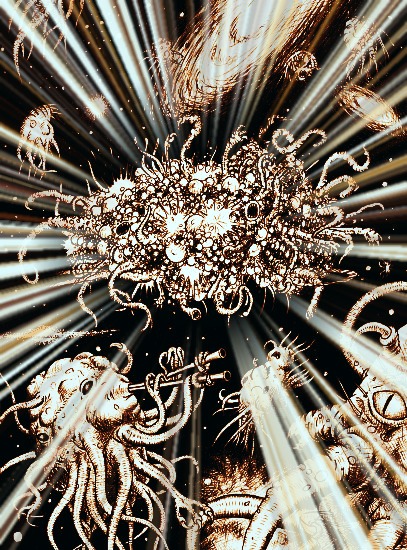 The court of Azathoth

Even though Azathoth is the ruler of the Outer Gods and Great Old Ones, the Nuclear Chaos actually doesn’t have many cultists on Earth. Well, when compared to other entities that is. Those that do exist practice obscene rituals on still-living victims. The Daemon Sultan’s followers are pretty much insane. They’re also incredibly dangerous. Especially to ignorant common people making inquiries into cult activities. There’s really not enough to work with in gauging exactly what the cultists of Azathoth believe. Or even what their philosophy concerning him is for that matter. It’s most likely a dark nihilistic worldview though. Supposedly their intention is to summon a fragment of Azathoth. Which would destroy the world.

Azathoth has never shown any favoritism to his cultists. The Daemon Sultan is most likely not even aware of their existence. Though, he’s omnipotent as well as oblivious. So there’s most likely a part of the entity somewhere that knows of his worshipers. The Nuclear Chaos is more likely just indifferent. The cultists dedicated to him would most likely not believe this, or they themselves not even care. Azathoth does represent entropy at his core, so it’s likely his cultists wrap their philosophy around it. 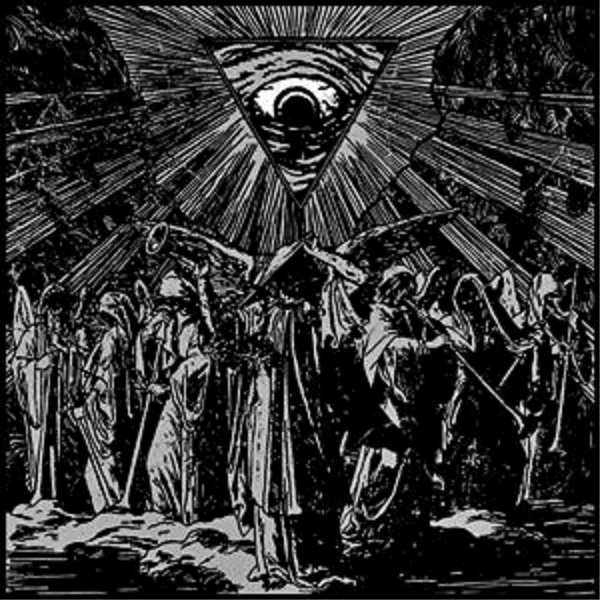 What could cultists possibly seek in worshipping Azathoth?

Some believe that Azathoth isn’t even the entities true name. But, that his unknown true name makes the Outer Gods and the Great Old Ones shudder with fear. This is for good reason. Because it’s really not a matter of if, but WHEN Azathoth awakens, all existence will cease to be. Everything will once again become Azathoth, and once again Azathoth will be alone. When the dream ends, so does all life. So let’s just hope the musicians that keep the entity lulled into slumber never fail. Because, if it’s ever interrupted, then rest assured, the day Azathoth wakes up, we don’t. 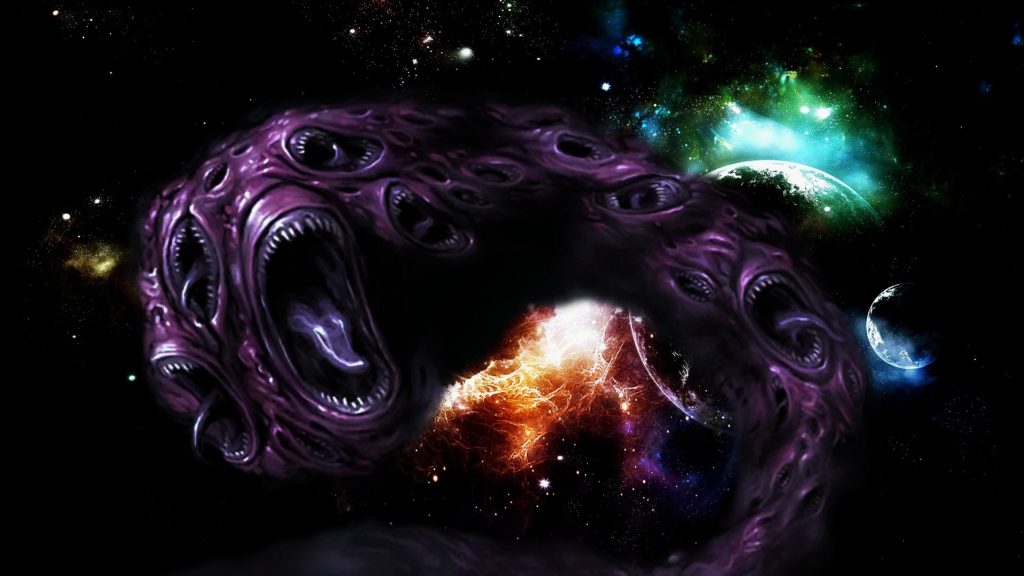 Is reality just a dream of Azathoth?