Entity Of The Week: Cthulu

A Great Old One. This enormous cult-inspiring star god was first introduced into Lovecraft’s work in the book “Call of Cthulu”. It has a gigantic scaled rubbery looking humanoid body with a nightmarish octopus-like head and thin wings. Just looking upon Cthulu causes instant insanity in humans. After coming to Earth eons ago from the deep dark vastness of space, he and his star-spawn built the great stone city of R’lyeh, which has since sunken beneath the sea. There Cthulu slumbers in a death-like hibernation until the stars are right for him to rise once more.

Cthulu rising from the sea

The slumbering Great Old One is the source of all humankind’s anxieties at the subconscious level. He reaches out to humanity through dreams and has inspired cults who worship him all around the world. The cultists will kill for the Great Old One without a second thought and are insidious in the manipulation of the mundane world as they await the awakening of their master. The worldwide cult chant for the day that R’lyeh rises permanently from the sea and Cthulu rules the planet once more. They are known to commit human sacrifice among other macabre practices and should be avoided at all costs. Cthulu is a dominant presence in the eldrich dealings on Earth.

Cthulu descends from Yog-Sothoth, the Outer God. A being so powerful, it can control time and space. But there is no peace in the cosmic family and there are those that challenge Cthulu. The reality shattering wars of titanic star gods is eternal in the echo of the void. His knowledge and understanding of the universe is beyond human comprehension. The unspeakable horrors of the abyss cower before his might. The slumbering deity reaches out to dreamers in prophetic visions of horror and doom. None are without Cthulu’s influence and human civilization’s inevitable destruction will come at his hand. Easily the most famous of all entities in the Cthulu Mythos, and pronounced influence on pop culture. 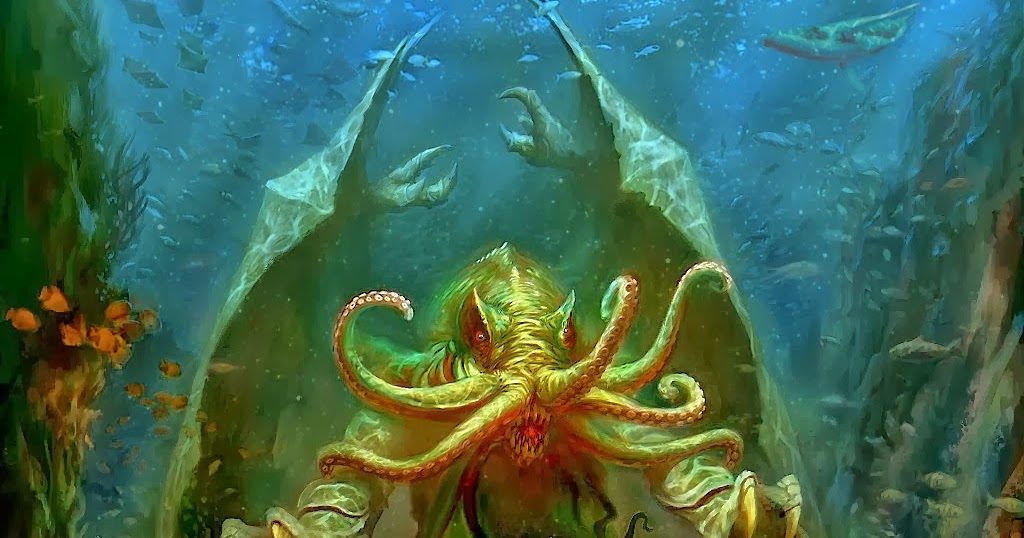 “We live on a placid island of ignorance in the midst of black seas of infinity, and it was not meant that we should voyage far.” H. P. Lovecraft