In the 15th century, there was a family of cave-dwelling cannibals near the beautiful coast of Bennane, Scotland. At its height, this clan is said to have been around 48 members strong and was responsible for the murders of a plethora of people unlucky enough to cross their path over the span of 25 years. Their actions inspired tales so dark and disturbing they’ve become legendary because this inbred family of maniacs would not only rob their victims but devour their flesh as well.

The Bean Clan would callously murder any man, woman, or child they came across with no remorse or mercy. It didn’t matter if their victims were in groups or alone because their numbers were usually too much for any unwary traveler to defend themselves against attack. The Bean clan would take great care in not leaving evidence to their presence, staging the deaths to seem like animal attacks, which allowed them to commit their wanton butchery for such an extended time.

It all started with the patriarch Alexander “Sawney” Bean, whom to say had a harsh upbringing would be a vast understatement. Life was cruel in the area he grew up, and for the lower classes to survive, it required backbreaking daily toil just to get by.

He suffered regular beatings from his father for not being good enough and lived in squalor with little love or affection from anyone. As Alexander grew older, he would attempt to finally please his abusive father by joining him in the workforce to perform manual labor. Some tales say as a landscaper, others as a lowly ditch digger. But the lack of opportunities and monotonous work seemed more of a prison to him, whereas others considered it honest work and being a contributing member of society.

Bean also didn’t get along with others, casually disregarding rules or any authority, and pretty much rubbed most he met the wrong way. This caustic nature led to Alexander becoming alienated from his peers. He grew to detest the manual labor expected of him, which led to him leaving his home and disappointing his overbearing father for the last time. 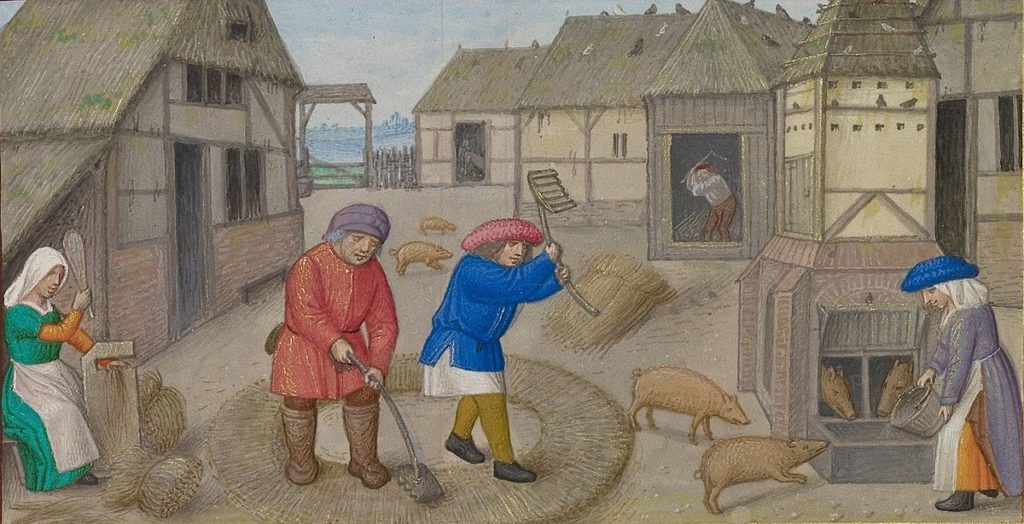 It really sucked to be a peasant in medieval Scotland…

Alexander traveled to South Ayrshire, where he met a woman named Agnes Douglas, who also had no interest in the toil of slave-like labor available in the area. Agnes had a dark reputation and rumored to be a practitioner of black magic. The two formed a relationship, but it wasn’t long before people began to make accusations toward Agnes and threats of violence. The populace called her a witch and proclaimed she had a fellowship with demons. People of the town nicknamed her Black Agnes, the Dark Witch of Lothian.

Soon after, the young couple had to escape to the countryside to avoid persecution and almost certain death by the mob. Now basically outlaws, they took up residence in a remote coastal cave and soon found survival even harder than it was before.

They would rob all people unlucky enough to come across them, but they had no way of spending their stolen loot with Agnes being wanted for witchcraft and all. Bartering with travelers was somewhat successful, but people rarely traveled carrying food other than what they needed for the road. Starvation seemed imminent as their food supplies ran low.

This is when Agnus convinced Alexander that there was a way out of their predicament, and that night they murdered for the first time, then feasted upon the victim’s flesh. There were rumors that Agnus had consumed the flesh and performed human sacrifices among the villagers before they fled from civilization. If these rumors were true, it wouldn’t be the first time the witch had prepared a human dinner before. Nonetheless, after this vile act, the two were bonded by their gruesome deed and there was no turning back. 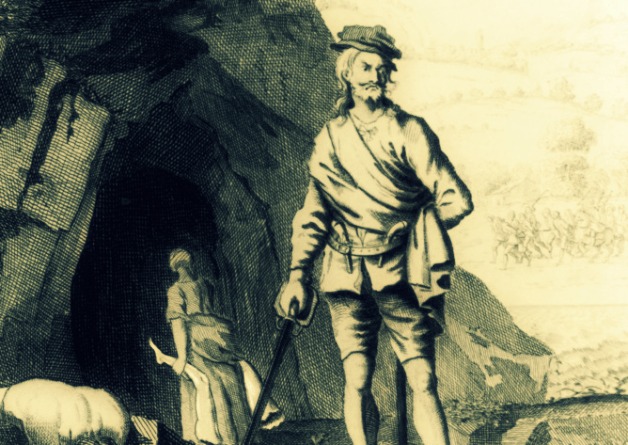 Alexander “Sawney” Bean and his new wife at their cave home

The Bean clan would grow quickly as Alexander and Agnes got busy often to the point she was pregnant almost every year or so for quite some time. They had 6 daughters and 8 sons. But with no new blood to pull genes from, the Bean children resorted to incest to quell their sexual desires. This would lead to 18 incestuous grandchildren, who would also breed among their siblings. In total, the cannibalistic Bean clan would grow to 48 members strong. That’s a lot of mouths to feed.

For 28 years the Bean clan devoured passing travelers by robbing, killing, then butchering them callously. Eventually, people noticed the startling amount of missing people and began to question the source of these mysterious vanishings. Though the Beans were always careful and staged many of their murder scenes to look like an animal attack, the numbers were growing too high to dismiss. Not only that but the clan needed so much flesh to feed their brood they had difficulty disposing of their victim’s remains and had begun throwing them in the sea.

Bodies began to wash up on shore, which greatly alarmed the villagers nearby even more. Unrest grew among the villages as the people assumed there were dangerous outlaws along the idyllic coast. The area was searched but the Bean Clan remained hidden. Very aware that they were being searched for, they rationed their meat and stuck to their cave until the searches died off. With no bandits to blame after the failed investigation, the law found scapegoats to pin the murders on and hung innocent men to calm the restless villagers. Soon after the Beans would leave their cave to feed once more. 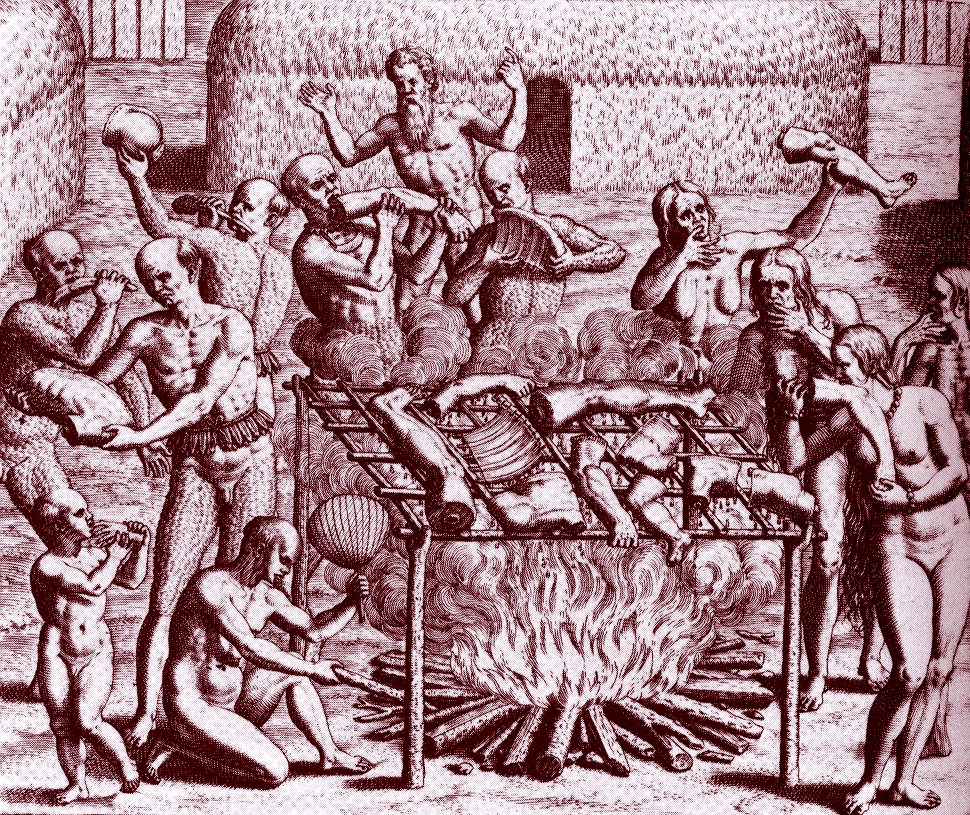 The WHOLE family would feed together

But the killer cannibal clan’s luck would eventually take a turn for the worst. After a festival, a young man and his wife walked along the coast back to their village. It was a busy time with the festival and all so there was much more traffic going through the area than usual. The cannibals descended on the couple and managed to kill the man’s wife quickly by surprise. However, the man was very skilled in combat, surviving the initial attack and pulling out his sword to defend himself. The Beans who killed his wife dragged her body away from the conflict and began to butcher her within sight of her husband. This drove the man into a vengeful rage and inspired him to bring retribution to the incestuous cannibals even more. The man fought them off long enough for more villagers walking home from the fair came upon them, and the opposing numbers grew too great for the Beans, so they fled to their cave.

With the villagers now very aware of the killer family, a party of 400 men with hounds led by the king went out searching for them. It didn’t take long for the hounds to get the scent of the Beans who killed the man’s wife at the scene of the murder, and the dogs took the search party right to the cave where the family resided.

Within the cave, the party discovered a nightmare made real. With pickled jars of their victim’s various body parts all about, and the floor scattered with bones and the belongings of the dead. The cave was decorated in gore and filth that made the Christian villager’s stomachs turn. There was art made in human blood all around and a stench like a sewer thick in the air. After a short but violent struggle, Alexander saw his family stood no chance against the search party’s numbers. They surrendered to the king and were led away from the cave in chains. 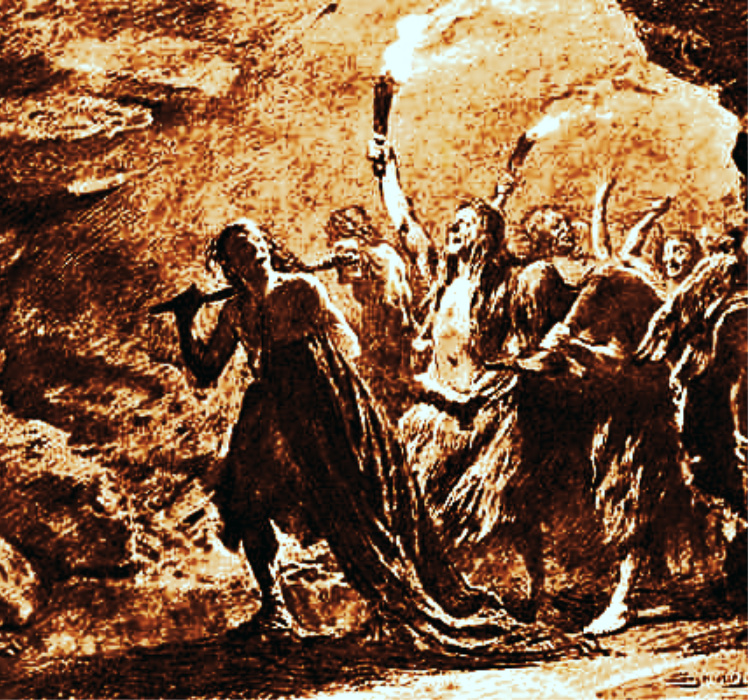 The Bean Clan was taken to the Tolbooth in Edinburgh where they would be executed. For their crimes, the family suffered a well deserved but horrible fate. The men were castrated, then had their hands and feet cut off all in plain sight of the women and children of the family. They were left there in front of them to bleed to death slowly while the crowd jeered and taunted them. Then after the men were dead, the women and children were taken to be burned alive at the stake. Thus ended the horrifying legacy of the killer cannibal family of Scotland.

Wes Craven said this gruesome tale greatly inspired him when he wrote his horror movie The Hills Have Eyes and has very much inspired a ton of other horror movies. The killer cannibal family is a terrifying theme in the horror genre like such legendary films as The Texas Chainsaw Massacre, the Wrong Turn series, The Devils Rejects, Ravenous, Bloodlines, and many more. It’s very unsettling cannibal serial killer families are an actual thing in the real world. But the truth is always stranger than fiction. 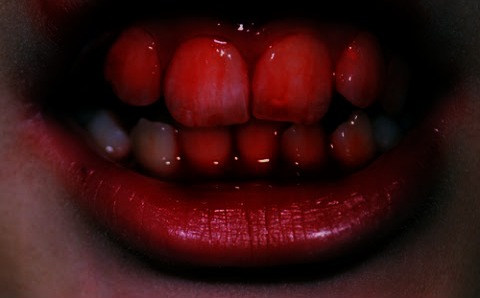 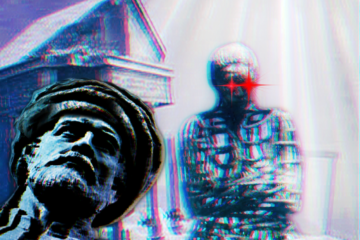 The Piri Reis Map is a diabolically vexing historical artifact mainstream historians jump through hoops attempting to debunk. Still, their reviled outlooks have only stoked the flames of interest concerning this anomalous piece of history. Read more…