Entity Of The Week: Marduk 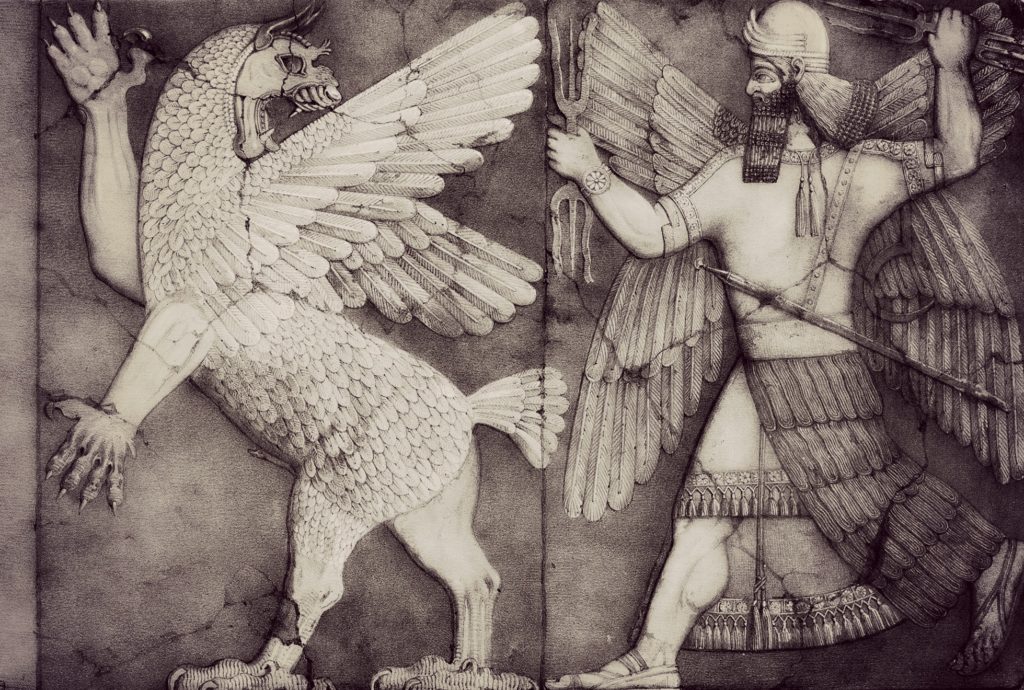 Marduk in battle with Tiamat

Marduk is an important entity of ancient Mesopotamia, particularly known as the patron deity of Babylon, and the ruler of the Anunnaki pantheon of gods (which are even older than the Egyptian gods). His role was the god of vegetation, all forms of judgment, and pretty much all things magic. Marduk was the son of the Sumerian deities Enki and Damkina. At the beginning of time, Apsu the god of order was embraced with his wife Tiamat, goddess of chaos. Their masculine and feminine energies in balance created the primordial genesis of the elder gods. But, the gods became unruly and willful, causing much unrest in existence. The pantheon’s rage, lust, love, and desires that inhabit humans too were fully present. And all the passions of sentient life and free will offended their father. Apsu decided the extermination of the gods was the only option to bring peace back to creation. To which Tiamat protested, however, she would not stand in the way of her husband’s plan.

The two gods of order and chaos

“Their ways are truly loathsome to me. By day I find no relief, nor repose by night. I will destroy, I will wreck their ways, that quiet may be restored. Let us have rest!” -Apsu to his wife Tiamat

This declaration of imminent doom was heralded to the Anunnaki, and they were stunned and speechless by the proclamation. Yet the god Enki would not lose hope and saw through Apsu’s plans. The god was resourceful, wise, and highly accomplished among the pantheon, setting up an intricate plan to counter their creator’s wrath, then unleash a powerful spell causing Apsu to fall prone as sleep consumed him. Powerless and defeated, the primogenitor god was slain by Enki. Though this was not the end to the pantheon’s woes.

When Tiamat heard of her husband’s death, she was driven into a black rage, and the dragonlike mother of all things vowed retribution for the death of Apsu. Her children had destroyed the very avatar of structure and order itself, and she being chaos brought strife to the elder gods. Tiamat would finish her husbands work by bringing extinction to their rowdy children. So Tiamat created an army of demonic monsters and placed Kingu, the most horrific and powerful of the darkness to lead them. The gods grew fearful the end of their existence was growing near once more. They were indeed the most powerful esoteric entities in creation, but Tiamat was chaos itself, and one of the beings that formed the very fabric of the universe. Defeat seemed inevitable. 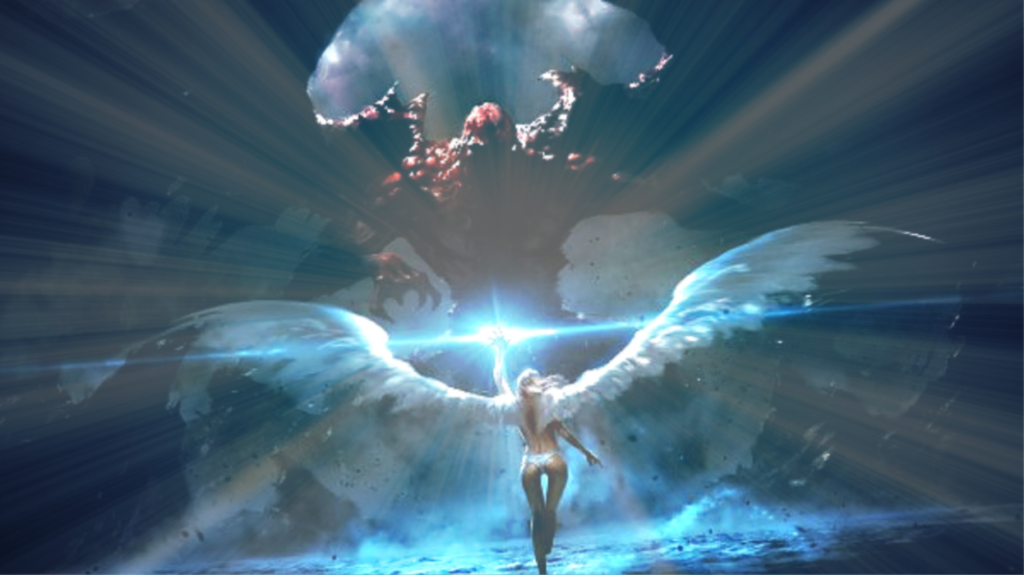 The gods were fighting a losing battle

One Anunnaki after another attempted to confront Tiamat, and one god after another fled before her might. Even Enki, the slayer of Apsu could not contain the army of chaos. He failed in his attempt to halt the demonic army of monsters, and the gods grew afraid that none would be able to stop Taimat’s vengeful rampage. But through all seemed lost, hope had not faded. In the chamber of fates, the abode of destinies, A god was engendered, most able and wisest of gods, Marduk the son of Enki had awoken.

Alluring was his figure, sparkling the lift of his eyes. Lordly was his gait, commanding from of old. When Enki saw him, the father who begot him, he exulted and glowed, his heart filled with gladness. He was rendered perfect and double endowed, exquisite were his members beyond comprehension. Greatly exalted was he above all others. Marduk had four eyes and four ears, and when his lips moved fire blazed forth, and none could match his magical words. His perceptions were heightened above the other gods to see all things, and he was exceedingly tall with a might unmatched by the rest of the pantheon. At the very spark of his birth the gods knew he was something new, something grand. Perhaps even equal in power to the deceased Apsu, as well as the mother Tiamat. 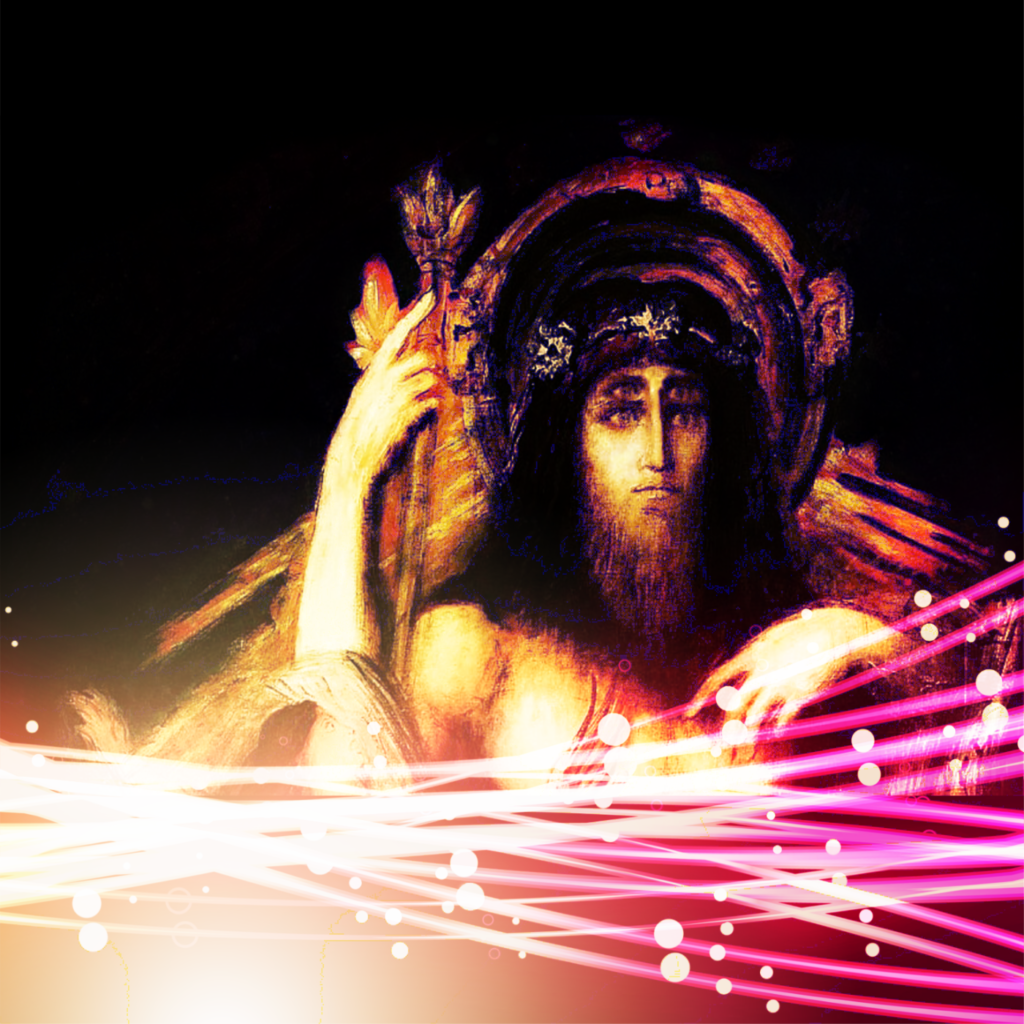 Marduk was born to lead the gods

The council of elder gods tested Marduk’s powers and magical prowess, then elected him to be their ruler as long as he could stop the encroaching chaos seeking to destroy them. From that point on the Anunnaki, pantheon would follow Marduk and only Marduk. He was to be the declarer of destiny and the everlasting king of the pantheons hierarchy. But the gods were happy to give up their power and gravitas to avoid extinction.

Tiamat and the army of chaos set forth to bring down the gods relentlessly, but she had never faced a god such as Marduk. He would set out to vanquish mother chaos and save all their lives. He readied his weapons, the four winds and the seven winds of destruction. Then rode his chariot of clouds to face chaos with the weapons of the storm. He entangled Tiamat in a magical net, then summoned the evil wind to penetrate her body, inflating her in excruciating pain. As Tiamat writhed in agony from Marduk’s assault, he slew her with an arrow to the heart. Marduk captured the army of chaos, including their overlord Kingu. At last, the army of chaos had been quelled.

Then Marduk smashed Tiamat’s head with a club until her demise was assured, and cut her body in half. He used half of chaos to create the Earth. The other half was used to create the sky. And bars were put in place to keep the chaotic waters from escaping the planet. He then created humans out of the blood of the demonic Kingu, who lead the army of chaos for Tiamat. Humankind was to inhabit that world and to serve the gods. The Anunnaki were overjoyed at Marduk’s victory and were given dwelling places in his new creation. He established roles for the gods according to the celestial luminaries, fixing their astral likenesses as the stars of the Zodiac, and established the days and seasons of the year to organize this new plane of existence. And to honor the god, the city of Babylon was given genesis, where the young race of humanity shall revere the divine, and in victory, Marduk sat upon his throne. 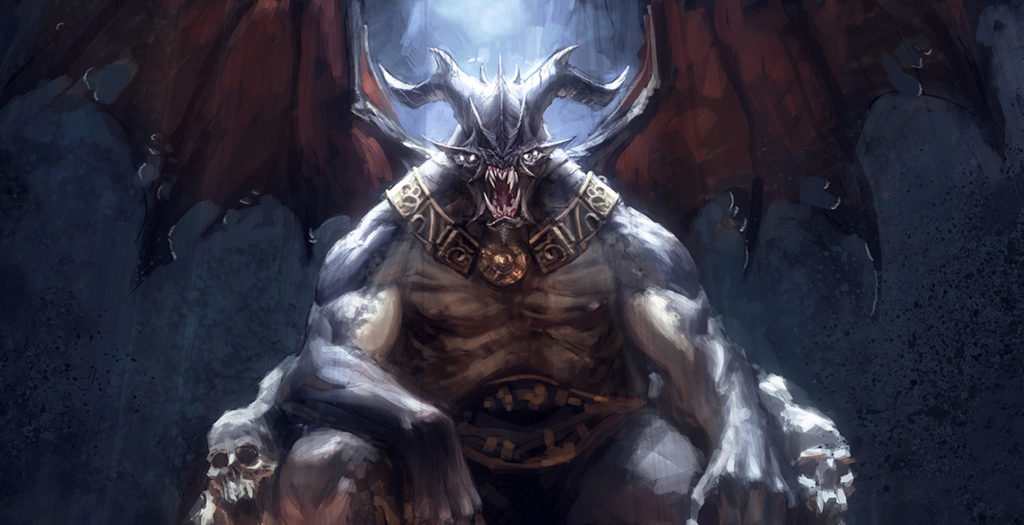