The Yonaguni Monument off the coast of Japan is an extremely anomalous archaeological site. Back in 1986, a scuba diving instructor discovered the awe-inspiring structures as he explored the depths of the ocean. What he discovered were the ruins of some enigmatic ancient civilization. There was a series of massive monoliths, huge rectangular formations of stone slabs cut into impressively perfect 90-degree angles, which also included sophisticated walls, steps, and columns. Since its discovery, many have descended to the ocean floor searching to unveil the Yonaguni Monument’s secrets. The most common aim is to find out if the structures are natural formations, or made by an unknown civilization.

In time the site was mapped out by these divers, adding more details to the mystery. They discovered a huge arch, temples, carvings, paved streets, and a giant pyramid. Experts eventually confirmed that the Yonaguni Monument was indeed man-made. Though, there’s a small group of scientists who hold onto their convictions that the site is a natural formation and that it was merely modified by humans. 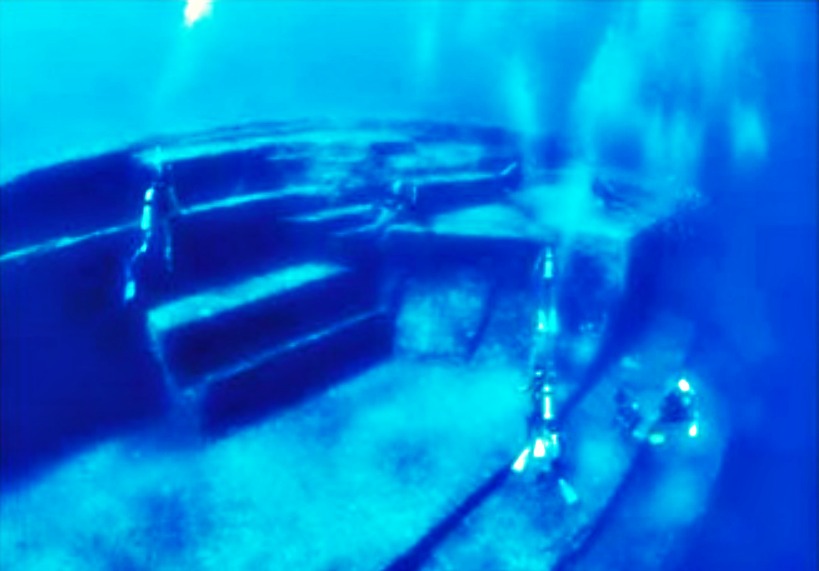 The Monument is so massive in scale

Many underwater archaeologists persist in exploring the monument looking for evidence the ruins are remnants of an unknown ancient civilization that was built before the end of the last ice age, back when the area would have been above water. Carbon dating suggests the Yonaguni Monument is older than 10,000 years, putting it in line with the sunken Indian city of Dwarka, Gobekli Tepe, and certain monuments in Egypt. So it’s really, really old, being built by a pre-history civilization.

The biggest structure at the site is a monolithic step pyramid 82 feet high, but there are lots of other impressive structures too. Like something best described as a castle bastion, five temple-like structures, and what looks like some sort of stadium. All these structures are connected by roads and water lines, which dictate whoever constructed the Yonaguni Monument had sophisticated technology thousands of years ahead of its time. The stone structures have immensely precise corners and edges, that shouldn’t have been possible considering the tools available to humans at that time in our history. The stairs have perfect mathematical alignment, and everything seems planned out, which is incredibly fascinating. Back over 10,000 years ago when the site was built the sea levels were far lower and the Yonaguni Monument most likely connected to mainland Taiwan. It could have been an important place for trade along a trade route to various other locations lost to time. 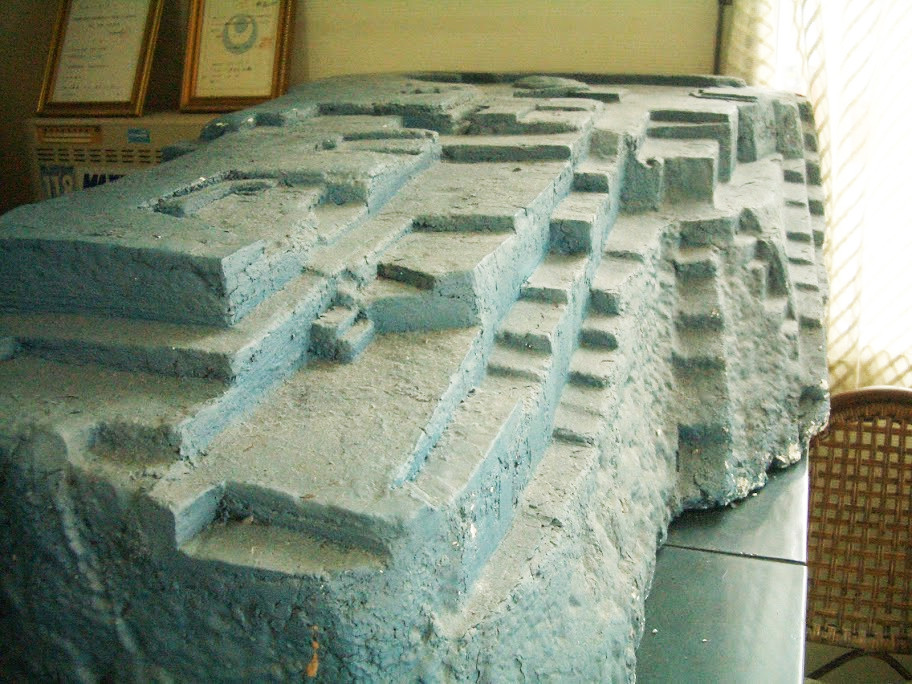 A model made from what has been discovered of the monument so far. There is much more buried in the ocean sand

Ships and planes vanish into nothing, and the Japanese government has even quarantined the area off, labeling it a disaster zone. From ancient times all the way to modern, there’s been bizarre stories surrounding the Dragon’s Triangle. Like metallic objects rising from the water then zooming away out of sight, or massive objects moving swiftly beneath the water. In ancient times people claimed to see winged monsters rising from the ocean then taking flight, and giant monsters rising from the depths to breathe fire. When the Mongols tried to invade Japan in the 1200s, the Khan lost a huge amount of his fleet in the Dragon’s Triangle, up to 40,000 men disappeared. Over the centuries there have been countless reports of people vanishing without a trace in the area. The Yonaguni Monument has been completely enveloped in a malevolent reputation throughout history. 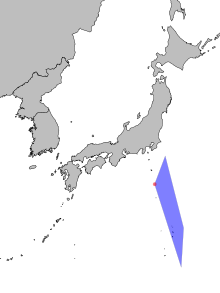 The Devil’s Sea location off the coast of Japan

Since we’re talking about a possible pre-history advanced civilization, of course, there’s going to be ancient alien theories concerning the monument. One such theory comes from the Legend of the Utsuro Bune, which translates to “hollow ship”. Like the tale of the Green Children of Woolpit, this legend has been an anomaly to historians. According to the tale a large round craft washed up on the shore of Japan back in 1803. A mysterious woman came out of the craft. She was an attractive woman with a pale complexion that had long red hair with exotic artificial extensions. The woman had abstract clothing of unknown material, and spoke a language completely alien to the Japanese, having to resort to hand gestures and posturing to communicate. When people looked inside her ship they were completely baffled. Inside were several windows made from crystals that were completely transparent, being able to see outside the craft but not in. All along the inside of the craft were symbols and glyphs as decoration. There were also two beds and plenty of water and food. The woman was very friendly and courteous. She clutched a mysterious mechanical box the whole time she interacted with the Japanese, but wouldn’t let anyone get to close to it, much less touch it. Eventually, the mysterious woman returned to her craft and floated back out to sea.

There are many different accounts of this incident that were well documented, which is why the tale is so baffling to historians. Despite all the different versions of the story, they’re pretty consistent for the most part, and there are five drawings from the 1800s depicting the event that have survived in Japan till this day. The drawings look ridiculously similar to sightings of modern-day UFOs. So, according to some people, this encounter was not a woman washed up on shore in a boat, but a legit encounter of the third kind. The craft was never seen again after it returned to the Dragon’s Triangle. 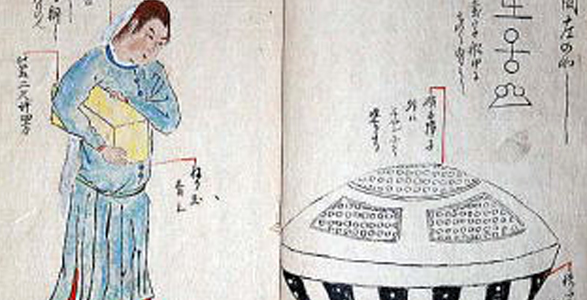 A surviving copy of the Utsuro Bune

So, there’s been a lot of strange occurrences throughout history of bizarre happenings in the area surrounding the Yonaguni Monument, but the ancient alien stuff goes back even further. Archaeologists have found small idols called the Dogu Figures that date back to 14,000 B.C.E. in pre-history Japan. There have been over 15,000 cataloged figurines. Allegedly the Dogu descended from the sky and taught the Japanese their culture. The information regarding this claim supposedly comes from ancient texts, but I couldn’t find any information to verify that in my research. The figures look pretty weird and don’t really resemble modern humans. Some have suggested this is because the figures are wearing spacesuits. However human effigies from the past are rarely accurate and were more about artistic expression. Yet the origins of these strange figurines remain a mystery till this day.

All the unexplained phenomena that surround the Yonaguni Monument only adds to its enigmatic allure. As our technology advances so too will our understanding of ancient sites like the Yonaguni Monument, and maybe bring to light a part of the human story that’s been lost. Until then, the site definitely enlightens us to the truth that nothing is what it seems. 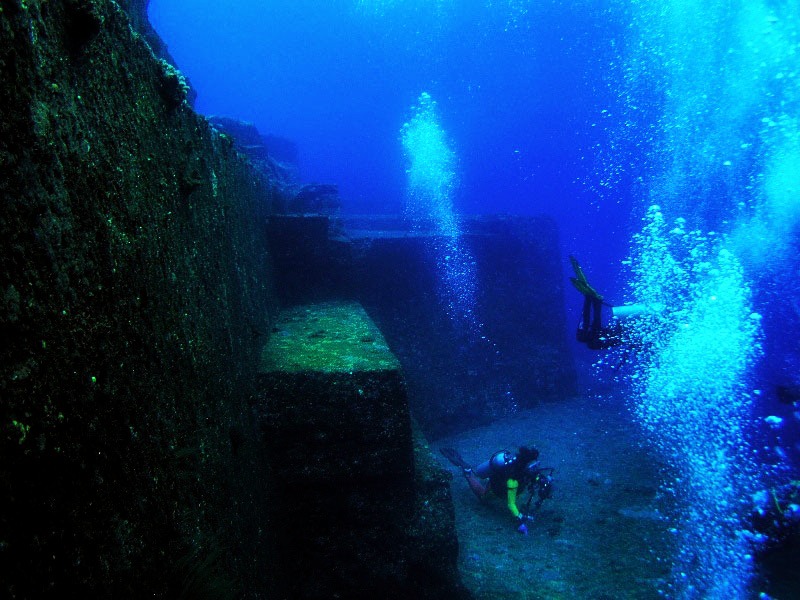 Excellent beat ! I wish to apprentice while you amend your website, how can i subscribe for a blog web site?
The account helped me a acceptable deal. I had been a little bit acquainted of
this your broadcast offered bright clear concept 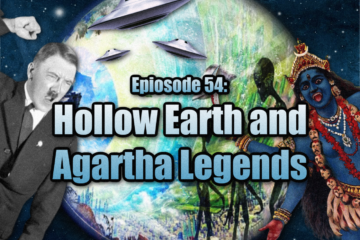 Ever wondered what the Hollow Earth is all about? Well, I go over some of the well-known theories as well as some Agartha Legends. I researched this topic for a while and the rabbit hole Read more… 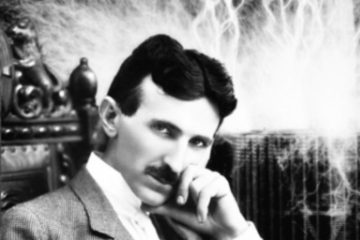 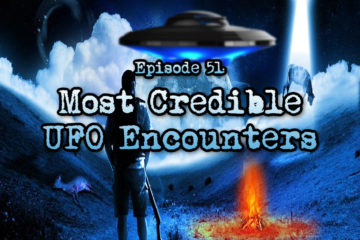