When I was a kid, about six, maybe seven years old, my parents and I were living with my grandparents because our house wasn’t ready for us to move into. I enjoyed us all living together more than anything, and so the first six months together were possibly the highlights of my young life. From January to June or July, this was our home.

However, there was something very strange that happened, and for most of my life, I thought it was just a re-occurring dream. My grandparents’ house is a four-bedroom, single-story here in the southwestern part of West Virginia. Two bedrooms are on one side of the house, and two are on the opposite. The room my parents and I stayed in was direct across from my grandparents’ room on the northern end. I sometimes spent the night in my grandparents’ room, and looking back, my dreams and imagination were always so much more active and vivid in that room. 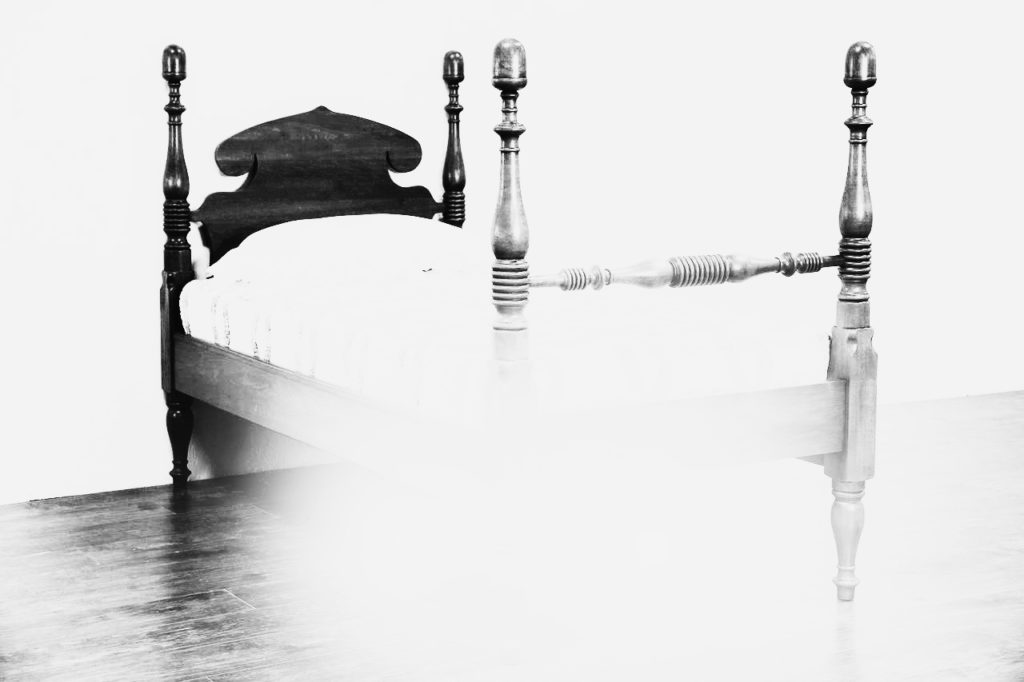 The entrance to the otherworld was not always there

The real part of this story is about a man who lived in a special hidden room in the same as my grandparents’ bedroom. The man lived in a snow-white room with large transparent windows all along the left side when facing him. He was a younger man, not older like my grandpa. He would stand with his back to me, staring at a photograph on the mantle above a snow-white fireplace which contained no fire. He would only look at me for a second when I first walked in and then turn back to the photo.

The man had a maid who would stand beside him with her head bowed, and a face with no features. She had no eyes, no nose, and no mouth. When I would sneak into the bedroom, I would work my way under the bed and would crawl out the other side into the snow-white hallway. There the maid would greet me and beckon me to the white room where the man would always talk about how great it was there. I was never scared, and so I couldn’t wait till sunrise each morning, which was the only time I was able to reach the place. 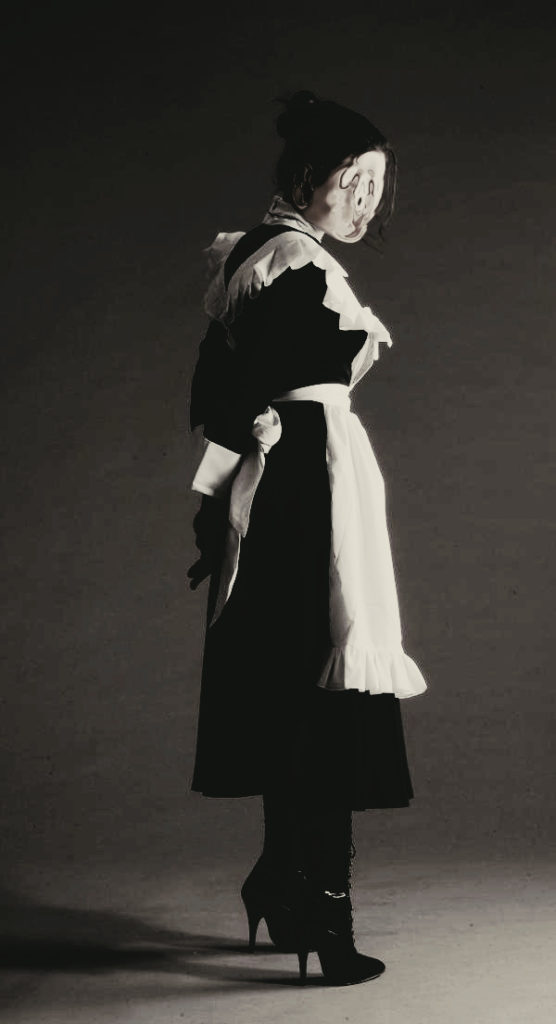 She would always bring me grapes

The man would offer me a drink every time and a small white bowl that contained red grapes. I never accepted the drink, so I don’t know what it was, but I always welcomed the grapes. He should instruct the maid to retrieve the grapes from the kitchen, and she would disappear. Some short time later, maybe a minute or two, she would reappear int he white room beside the man and would walk over and reach out to the bowl. After eating a few grapes, the man would always sigh and say, “You remind me so much of myself. I’ve lost myself along the way, and I’m trying to find me.” Of course, I never understood this; I was six years old. He would ask me if I ever thought about staying, which I always answered, “Maybe.” My parents would be so mad if I didn’t come home though, so I always decided not to stay.

The last time I went to the room, however, everything was different. There was what I could only call black roots growing on the floor, and the walls and the bright naturally lit room was now dark. There were no more windows, and it felt like the place itself was made of anger. The thick, sickening air made the claustrophobic ambiance even more threatening. The man was now sitting in a white dining chair at the head of a rectangular white dining table this time, staring straight at me. He was now very old looking like he had aged a hundred years, and his eyes were milky white. His teeth were rotten, and his fingernails were inches long on some fingers but had broken off the others. 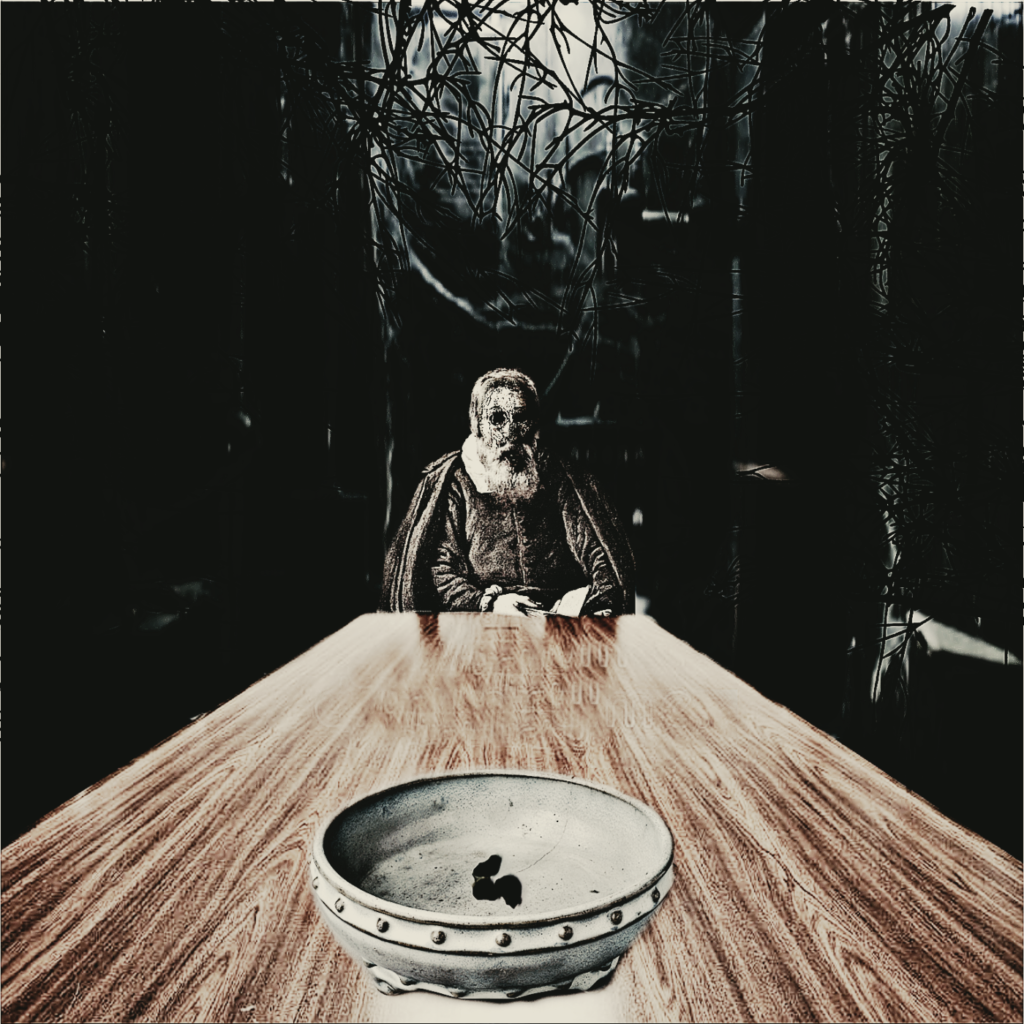 What was once exciting had become a nightmare

The maid was no longer there to bring me a bowl of grapes. Instead, there sat the white bowl, opposite the man, which had three grape seeds. I asked the man why everything changed and why he had become old, and he only responded with “Take. Eat. Make Young. Again!” He screamed these final words as the room began to crumble around us; I was terrified, just like in my nightmares, and began to run. I just ran. I didn’t scream because I couldn’t. I couldn’t breathe.

The next thing I knew, my dad was pulling me out from under my grandparents’ bed, and I was bawling. After calming me down, dad asked me what I was doing under the bed, and what kind of toy I was playing with because he heard more than my voice. I told him I didn’t have a toy under the bed, but I also didn’t say what I was really doing for fear of being in trouble. My dad took me to the living room where my grandpa was. He had completely ignored the fact that multiple voices were coming from under the bed. Dad turned the television to some old Godzilla movie, and I soon fell asleep.

I would never stay in my grandparents’ room again because my parents and we moved into our new house just days later. For years I had forgotten about the man in the white room. I think maybe I had purposely blocked it from my memory because the whole thing became pretty traumatizing for a small child.

It has now been over twenty-five years since the last time I went to the mysterious white room and just as long since I have even given it thought. Now, however, I have a family of my own. A wife and a seven-year-old son named Lee. We live in a house just meters from my grandparents’ house, and my son stays with them a lot. The thought of the man or the room never crossed my mind. I never told a single soul. That is until Lee came up to me a week ago, chewing on something, and I noticed he did not like the taste. I told him to spit it out of his mouth. He replied, “I can’t daddy. The Grape Man gave them to me.” 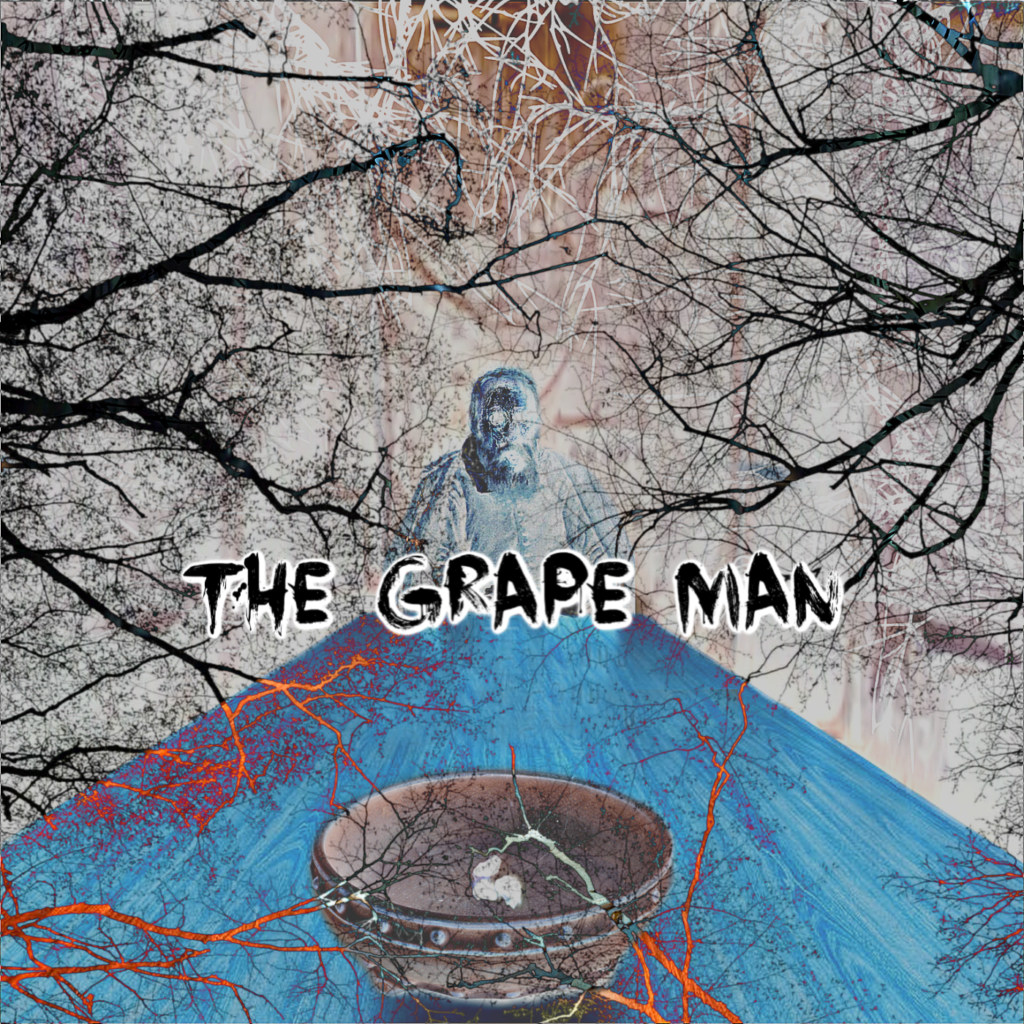 Very late response I realize but as the author, thank you.