The haze I awoke to was thick as water. Darkness with a blue glow enveloped me—dim light with no source other than what one can describe the aether. Then a knock came to the door.

I arose from the bed; the atmosphere was so oppressive that it almost held me down like a demonic hand held tight from the depths of Tartarus. “It was only a dream,” I told myself as I fought my way to my feet.  The fact that my modern television was only static just caused a glance from my weary eyes with a slight “Hmm.” Almost as if it happened as regular as the beating of the human heart. 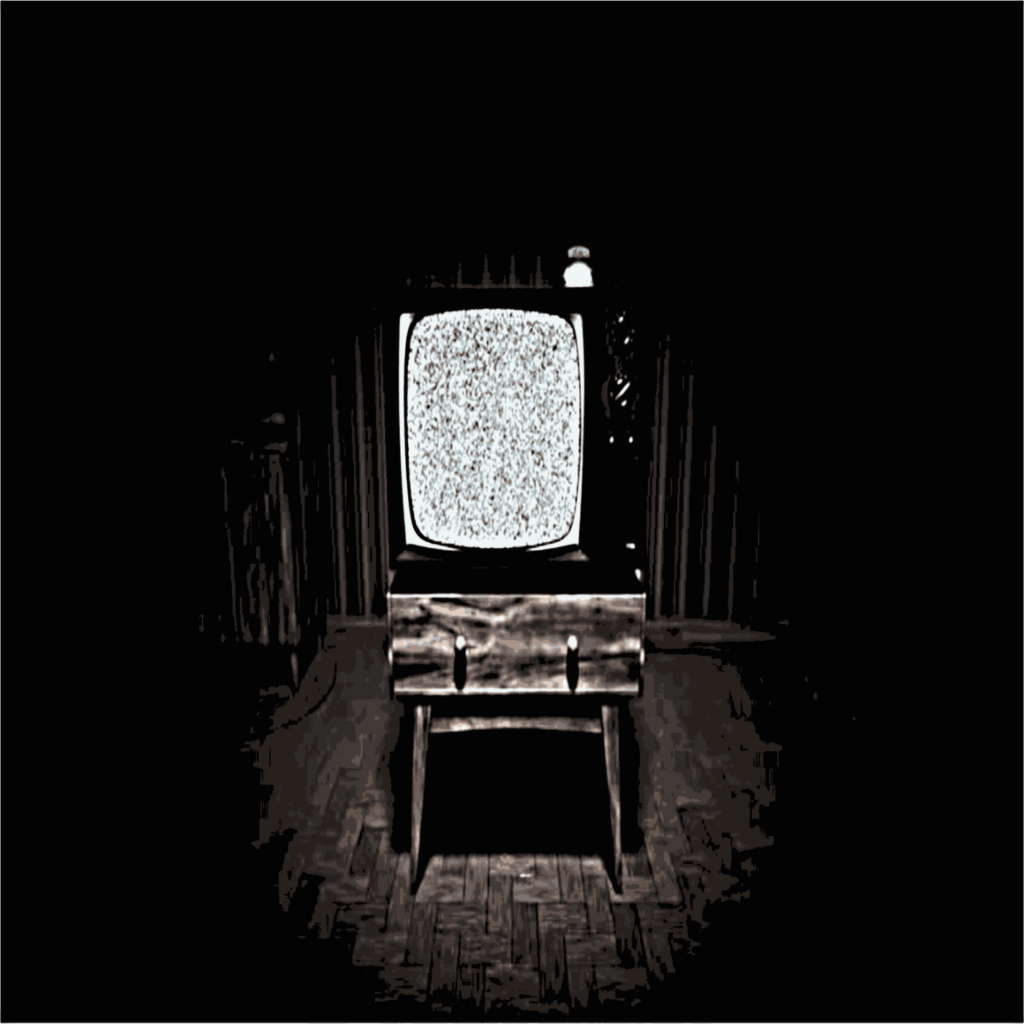 How could I have slept without the T.V. on? Normally it’s impossible

The lamp was off. I sleep with both a small light as I read myself to sleep and the T.V. always playing. Without the ambient noise, my mind would sink into the depths of unfathomable torment. I once again took the absence of my dim light as normality.

Fighting against the air that was more like making my way through a weak Jell-O mold, I made it to the back door. “Who is it?” I asked sleepily.

I was thrown back! What the hell was at my door!? It must have been tremendous! Although I could see through the small glass that there was no one outside. Waiting a minute or two, it seemed to have stopped. “Just my imagination.” I thought. 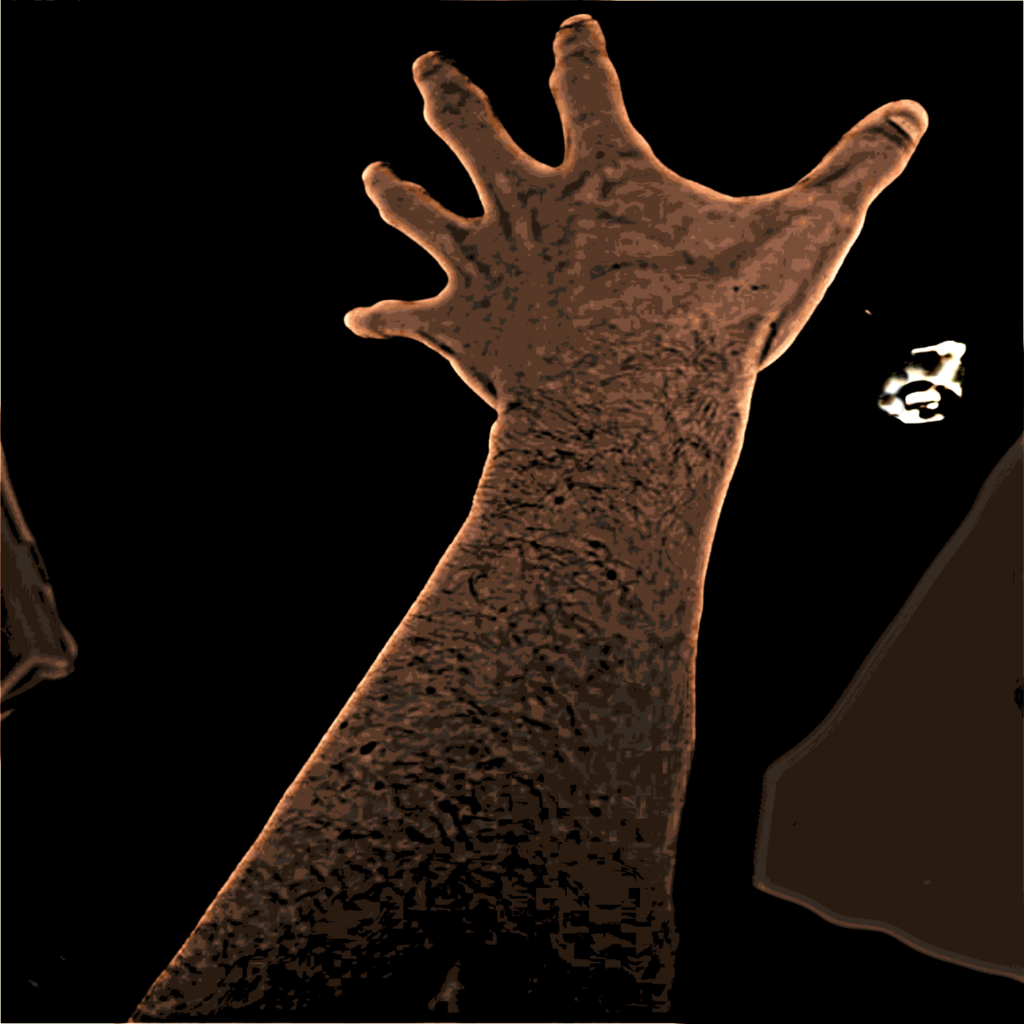 Not only did the radiating knocks pounding cause my heart to drop, but I physically recoiled from forces beyond my control

I was going back to bed, not noticing all the wrongness in my room. You see, my wife and son were in another County, leaving me all alone. I live in the backwoods of West Virginia, where the nearest neighbor is over four miles away.

Laying back in bed, not fixing the television or lamp (which I would have typically done in reality), I quickly seemed to drift off. 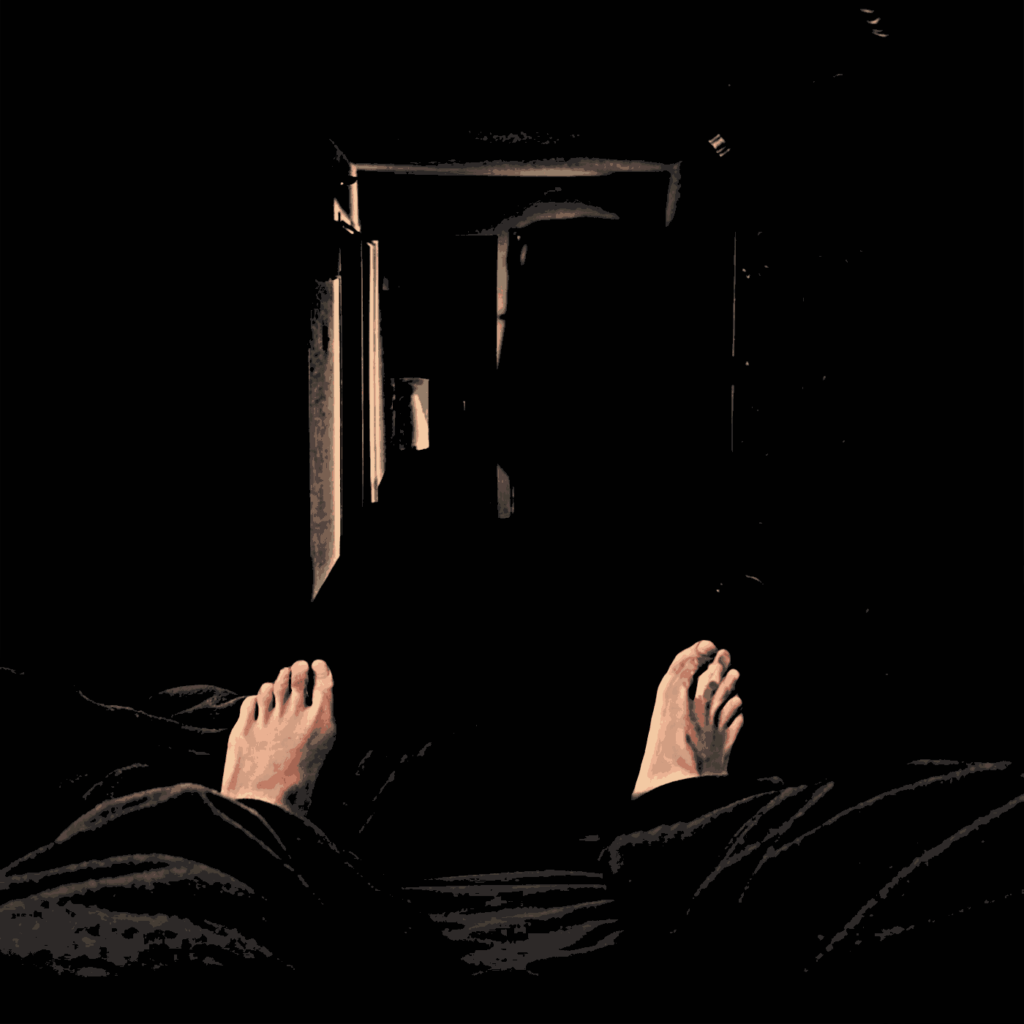 It was so much darker than normal

Suddenly, I awoke! There was a scratching at my bedroom door! A sandy hand with ebony nails gripped my bedroom doorframe in an uncanny motion. I froze with fear. Slowly, it crept in. HE crept in. The man-made of sand. It was seven feet at least and had no face. The thing crept slowly. Very slowly. Agonizingly slow, to the foot of my bed.

I tried to scream, but no sound came from my mouth. No air entered my lungs. I felt my blanket slowly pulled from my body, and then his long arms began to reach towards my face. The man of sand was almost static like a lousy T.V. signal, yet he felt like stone. I felt the obsidian black nails rub down my leg as the other hand touched my face like a curious toddler touches a newborn baby. 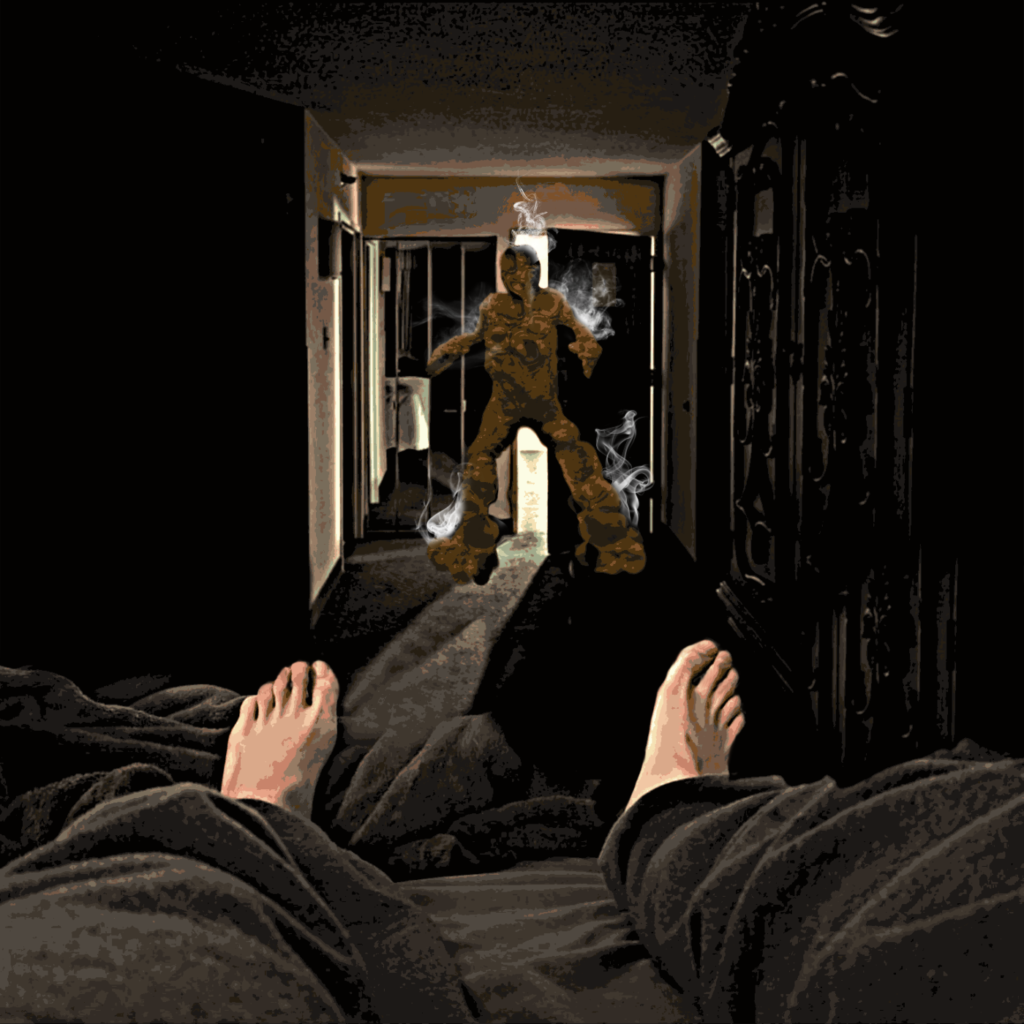 Wake up! This is not real

The thing then took his hand away from my leg, his static form blinking in and out in shifting sand as he scratched a devious grin into his formless face and whispered, “I’ll come back for you, my son. I have so much to show you. A place exists for you, and that place is not here. You aren’t one of them. I WILL come back to you. I will take you away.”

Reality blinked, and suddenly, the man started to crumble. Beginning with his head, then hands, and then he turned into billowing wisps, which seemed to whisk the cascading grains of sand into infinity, leaving as strangely as he had entered. Its passing left behind a whisper, which chilled me to my very core as it resonated within my mind. He whispered. “You’re a monster too.” 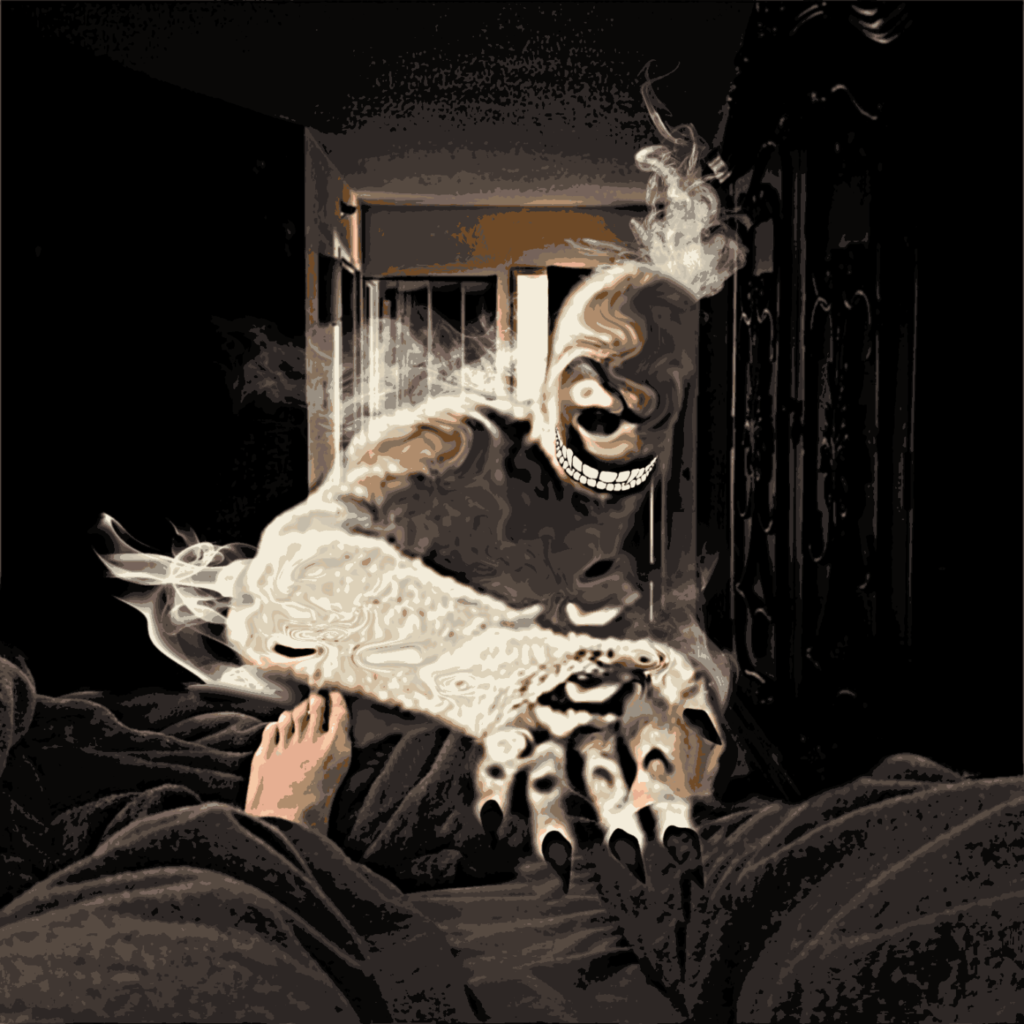 It is coming back for me?

I jumped from bed like the dead suddenly resuscitated back to life. The light was on, the T.V. was playing some astronomy channel on YouTube, and all was normal. It took hours for my heart to calm and mind to ease. The incident must have happened at about 1:30 am, and curiously, when I woke, it was only 1:35 am—all that in such a little time. I stayed awake the rest of the night, my bedroom and living room lights on, remaining vigilant till dawn.

I’m now terrified that Sandman will come for me. I feel him in every mirror I pass, I feel him in the wind outside. It’s been two days, and I’m petrified that death waits for me with bated breath. For if Sandman truly comes again, how can I fight such a wretched creature? 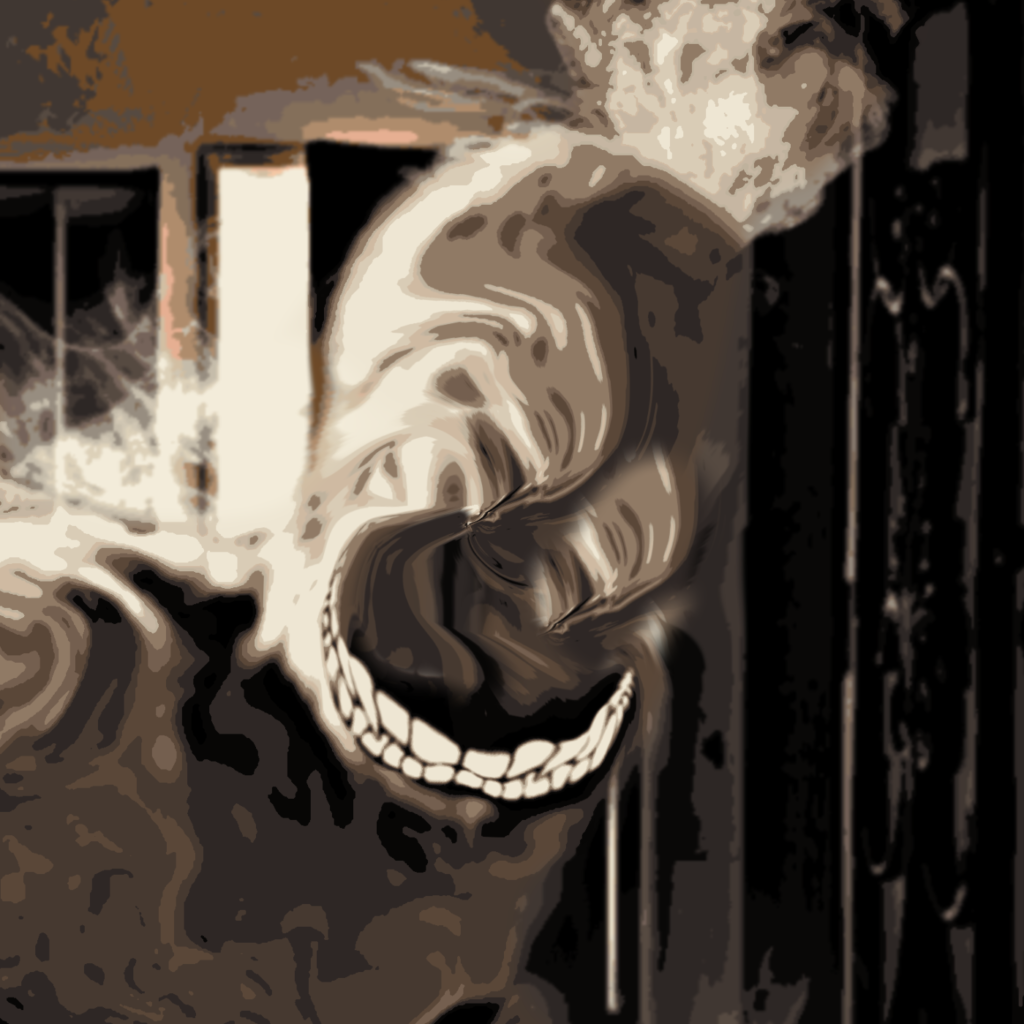 I love how creative this short story was. The illustrations kept me interested. Never have I ever been across a sandman. 😉

This story pulled me in! You should maybe write a part two for this,if you want.