Ashmodai (also known as Asmodeus), is a powerful entity that should not be messed with or taken lightly. He is known as the Prince of the Avengers of Evil, as well as Ashmodai the Destroyer, and is one of the Seven Princes of Hell.

Depending on what point of view Ashmodai is being looked at from, he can be considered to be a demon, Djinn, or angel. This is because, in some accounts, he’s the son of one of the Watchers chronicled in the Book of Enoch. He is a Demon King, ruling over the Shedim (a type of demon) and the Djinn, as well as having seventy-two legions of demons under his command. Though, the Djinn do answer first and foremost to Iblis (the Islamic Satan).

Ashmodai is a Greater Demon of pure fury and destruction, lust, and jealousy. He piles the skulls of his victims in mountains and baths in a tide of gore whenever possible. Those wishing revenge on their enemies should cry out to Ashmodai for assistance because he loves himself some good vengeance. He inspires lechery and whispers to the weak-minded insidious suggestions that inspire ill-deeds. Yet, the infernal will come to the aid of those committing honorable acts of violence as well and endow tremendous fury.

Though despite his unstoppable anger, Ashmodai is also extremely clever. The Destroyer manipulates the minds of mortals into committing adultery or instigating conflict with romantic couples. Ashmodai has a fascination with the sexual relationships of mortals and is driven by an obsession for transgressive sex. The Destroyer loves to especially be summoned to have sex with menstruating women but will seek it out on his own either way. 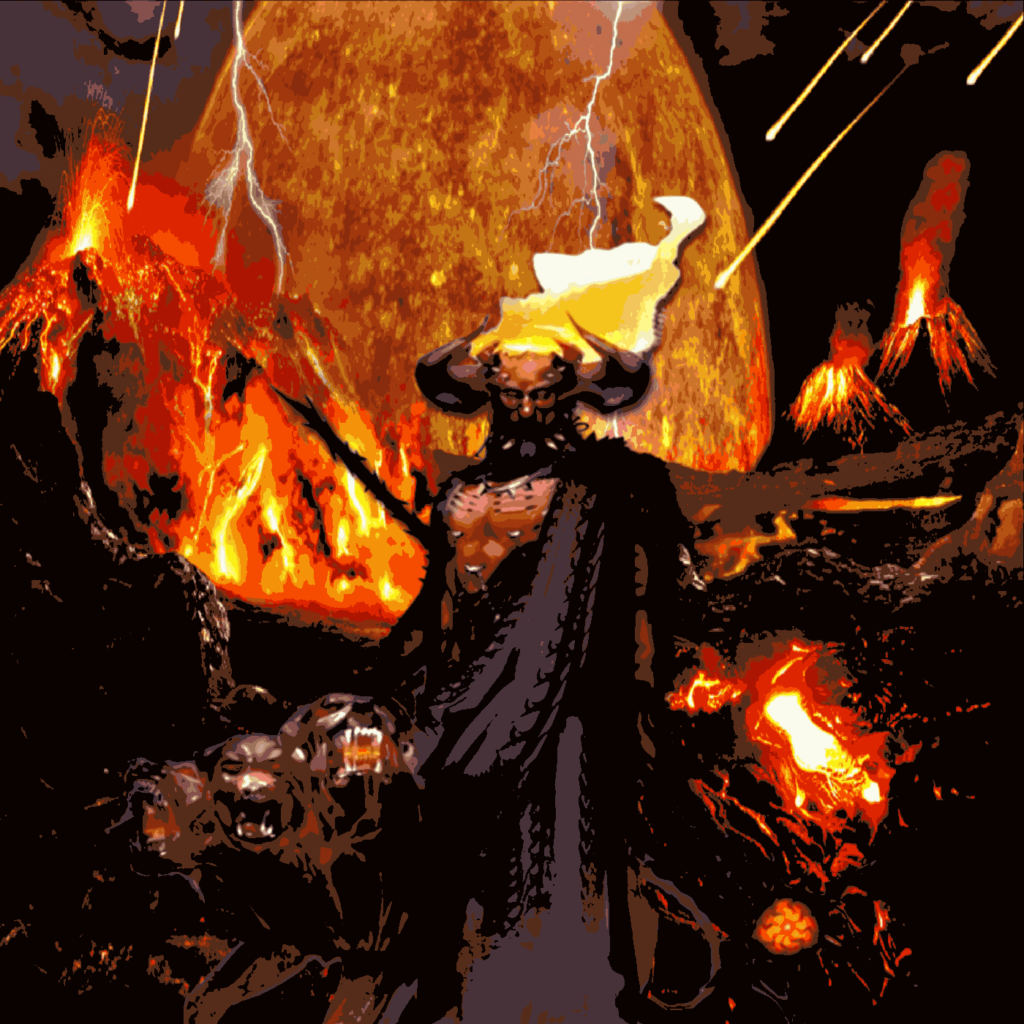 Ashmodai’s lust is powerful and he has many wives as well as a whole harem of human women to keep him busy. Oddly enough though, the Destroyer is known in the lore to look out for his children and make sure they are taken care of, which seems quite unique among the Infernal Lords. He will even come to the defense of his daughters if a man abuses them (woe be it to the mortal man who harms a child of the Lord of Rage).

When this Prince of Hell manifests, he has optional forms to choose from that contain his spirit in the material plane. He can appear as a black dog, a man with rooster or goats legs, as well as a normal handsome man. Though his most notorious form is that of a hellish entity with three heads shooting fire, the legs of a cockerel, and a serpent tail. One head is that of a demonic man, one a ram (or sheep), and the other a bull, and the Lord of Fury rides upon a lion with dragon wings and neck.

Ashmodai is boisterous, loud, and sensuous in his personality. And if properly respected with all honorifics he sees himself worthy of as a Demon King, one may actually survive an encounter. Though any informality will result in death, because this Prince of Hell tolerates humans at best, and feeds on their pain at worst. Though the Destroyer has a civilized nature about him unless aggravated. 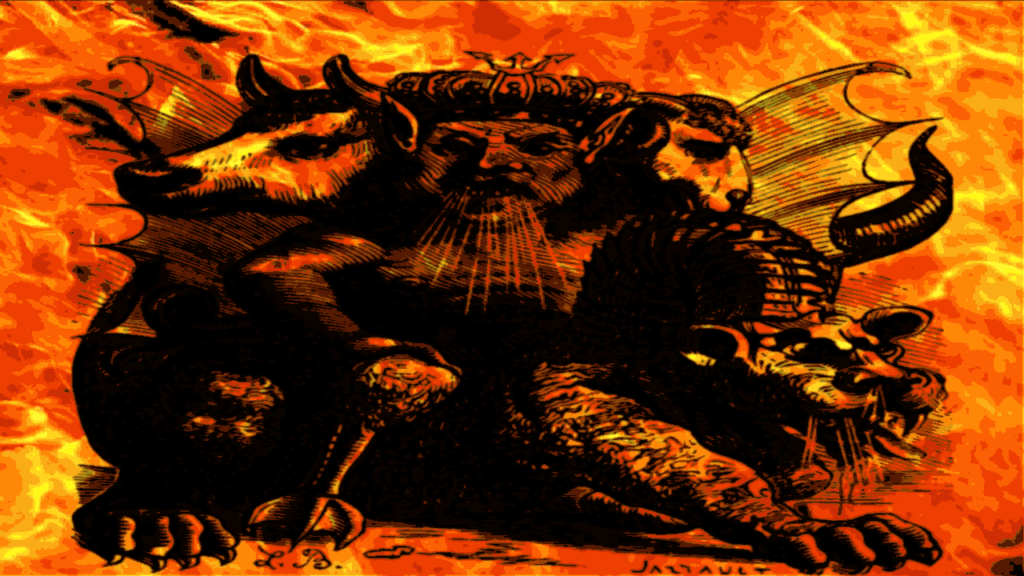 This is probably his most frightening and bizarre form of manifestation

This infernal may be a great destroyer, but Ashmodai also still maintains a contradictory relationship with heaven. In many tales, the entity does not dwell in any hell but instead resides in a grand palace upon a mountain in which it leaves daily to visit Heaven. Just why this Greater Demon is allowed in the divine realms isn’t known, but Ashmodai receives orders there before returning to Earth. He also interacts with the divine beings, engaging in intellectual discussion, as well as learning the fates of mortals. This knowledge he uses to corrupt and enact his own agendas.

“Despite his rulership of wrath and rage, Ashmodai is generally a good-natured, gregarious spirit who likes to drink. According to legend, Ashmodai is in charge of the casinos and gambling parlors of the Afterlife. He may bestow gambling luck.” 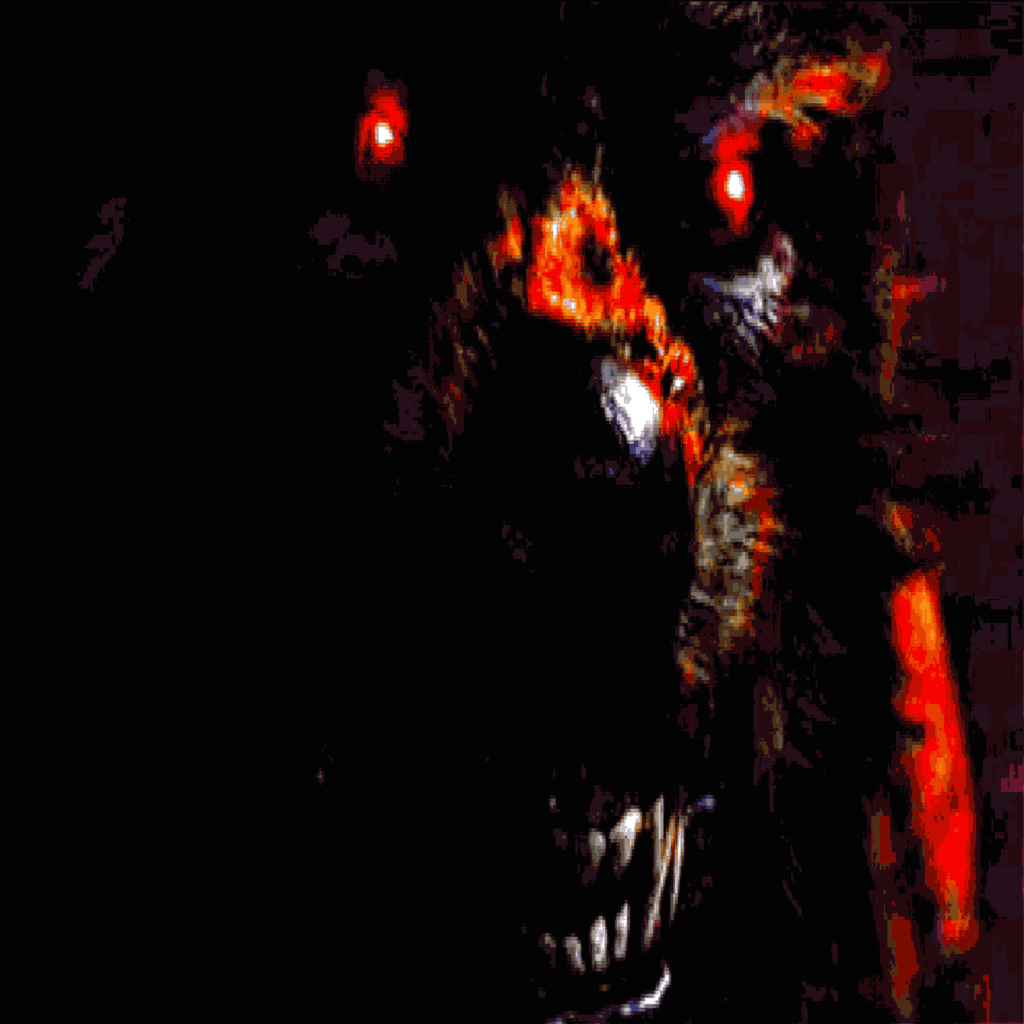 In his dog form, Ashmodai can go unnoticed in human society

The origins of Ashmodai are cryptic, yet there are various versions to choose from, with his lore found in many forbidden texts. In all versions but one concerning King David, his mother is known as Naamah, a demon that is depicted in various ancient texts (though it could still be her). His father could very well be Adam from the Bible. In the Kabbalistic book of the Zohar, after Cain kills Able, Adam leaves his life with Eve for 130 years (people lived a lot longer back then according to Biblical lore). During this time, Naamah, and his first wife Lilith seduce him. Both women became pregnant with demonic children. Naamah is the mother of Ashmodai, and one of the four wives of Samael, the Angel of Death.

The Talmudic-midrashic also contains lore on Ashmodai. In the texts, Naamah is indistinguishable from the Naamah mentioned in the book of Genesis from the Bible. She happens to attract Afrira and Qastimon, two demon kings. The lust the demon kings have for her is unstoppable, yet somehow she eludes them by shapeshifting.

Though Naamah is far from good-aligned and corrupts the angels Ouza and Azazel, who were among the ranks of the Watchers that eventually descended to Earth bringing about the Nephilim, and instigating a worldwide cataclysm known as the Biblical flood. But, once again her lust leads towards the birth of Ashmodai. 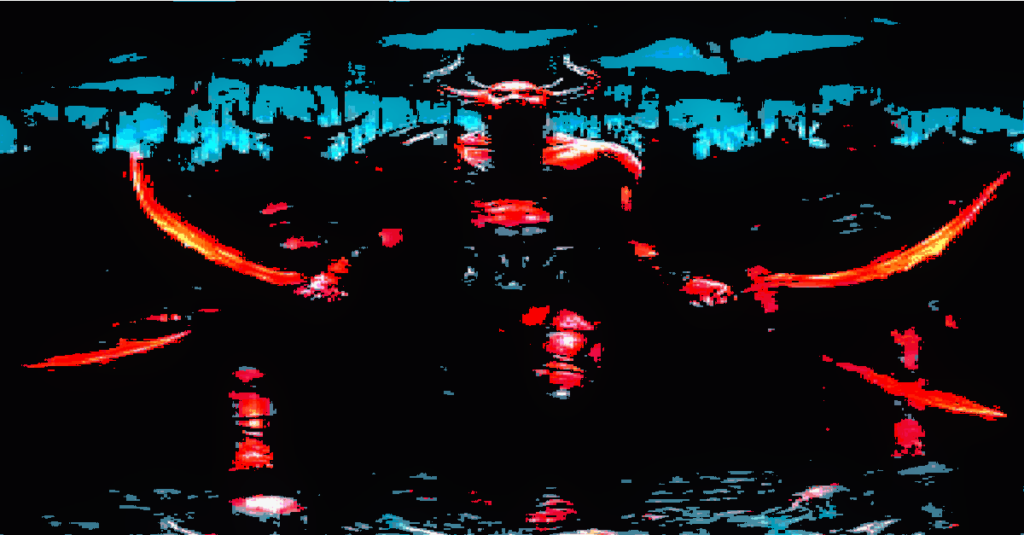 Yet in other lore Ashmodai is the son of the Watcher Samjaza from the Book of Enoch. Samjaza being the ruler of the heavenly host of 200 angels that abandoned their duty to watch over humanity, and instead taught them forbidden knowledge, and mated with human women to create Nephilim hybrid offspring.

Still, in another version of Ashmodai’s origin, he is the son of Kind David, the legendary Israelite monarch that slew the giant Goliath. Yet, David had fallen from God’s grace because he’d stolen another man’s wife and had him murdered. This makes Ashmodai the half brother of the famous King Solomon, who had power over all demons granted to him by God and even used them to create the legendary Hebrew Temple (with Ashmodai one of the main helpers). The tales of King Solomon the wise are steeped in demonology, and throughout his life, he encountered nigh-on-all the Greater Demons of the infernal planes. Ashmodai is Solomon’s rival throughout his adventures and in a sense the king’s shadow self. 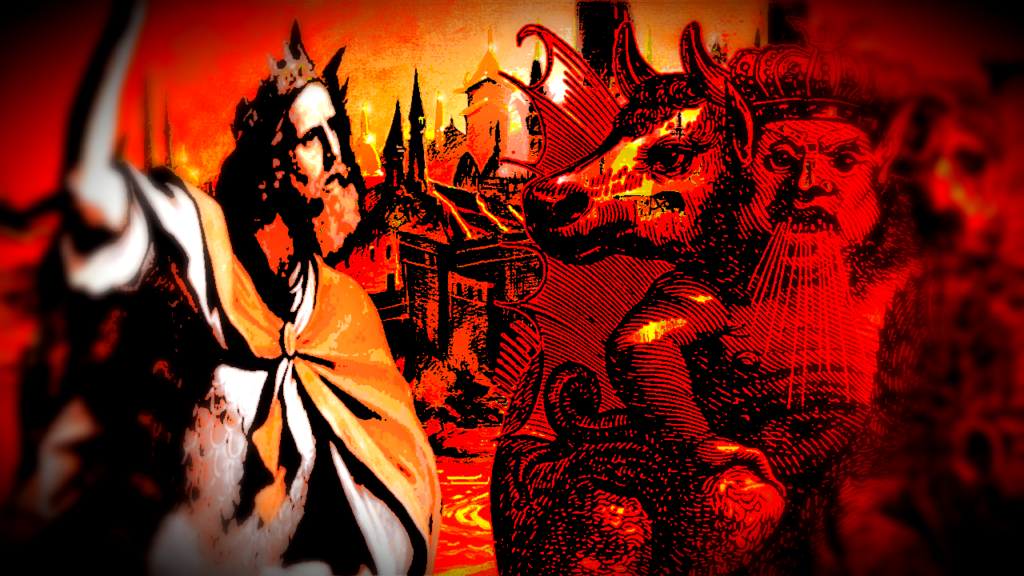 The battle between Ashmodai and Solomon is personal. The Destroyer is forced to serve the King for some time because of his ring granting demonic dominance gifted to him by God. Though, eventually, Ashmodai tricks Solomon and takes his ring then assumes his form to rule in his place. Ashmodai banishes Solomon, sending him to wander about the wastelands. But eventually, the King returns and defeats the demon, binding him in a bottle like a genie (Djinn).

However, Ashmodai’s main enemy is not King Solomon, but the Archangel Raphael, who has thwarted his plans in the past repeatedly. In the Book of Tobit, Ashmodai lusts after a woman and forbids any man to ever have her in bed. Seven husbands in a row he kills during their wedding-nights before the marriage could be consummated. Ashmodai vowed no man would take her virginity. Only he would claim sexual relations with her, and any who tried would meet death by the Demon King’s hand.

But then the Hero Tobias comes into the picture as the eighth suitor, who secretly has the Archangel Raphael’s support. Ashmodai is defeated and flees to Egypt, where he is then bound by Raphael for some time, unable to leave. Yet Ashmodai remains eager as ever to assert dominance over the mortal plane even to this day.

“The notorious demon Azazel too finds his nemesis in Raphael, who is known as the Demon-Banisher, and hated more than any other divine being in heaven by those dwelling in the hell planes. Those who find themselves in the presence of demons may seek him out as an ally.” 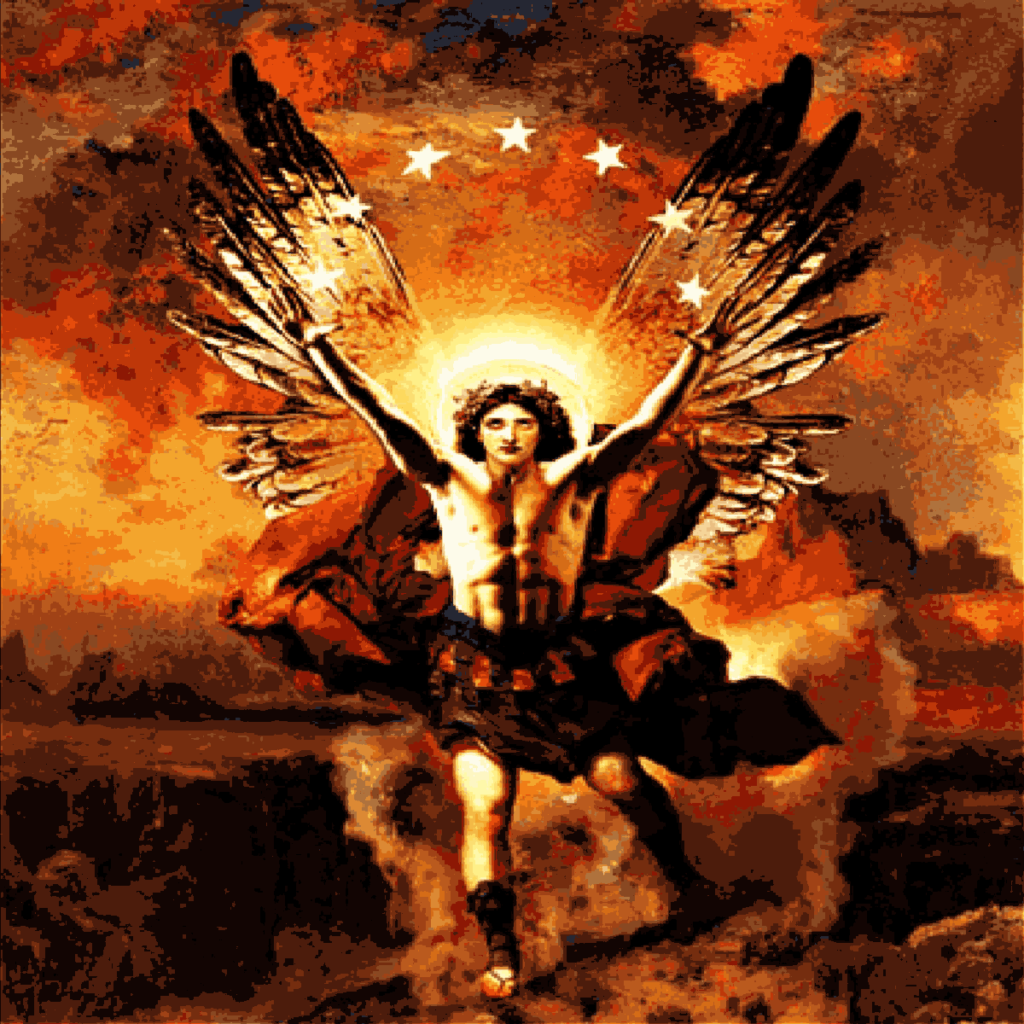 Fantastic site you have here but I was wondering if you knew
of any forums that cover the same topics discussed
here? I’d really love to be a part of online
community where I can get feedback from other experienced individuals that share the same interest.

If you have any recommendations, please let me know. Thanks a lot!