Published by Cryptic Chronicles on March 19, 2022

Dimethyltryptamine, better known as DMT, naturally exists in the human brain at psychedelic levels, which has brought many to wonder if DMT creates reality. It’s theorized to be an interface humanity utilizes to interact with existence. These findings come from a 2017 scientific study that proved DMT is constantly at work in the human mind, whether tripping on psychedelics or not, revealing how little humanity truly understands about ourselves and the universe.

DMT has been referred to as the Spirit Molecule and is found in all psychedelics. The chemical resides within many plants, hominids, and throughout the natural world. When psychonauts take DMT in high amounts, they have documented many journeys into what they call DMT Hyperspace after being blasted out of their bodies. These “trips” lead to encounters with entities in this other dimension. Let’s explore some of these DMT Entities residing in Hyperspace. 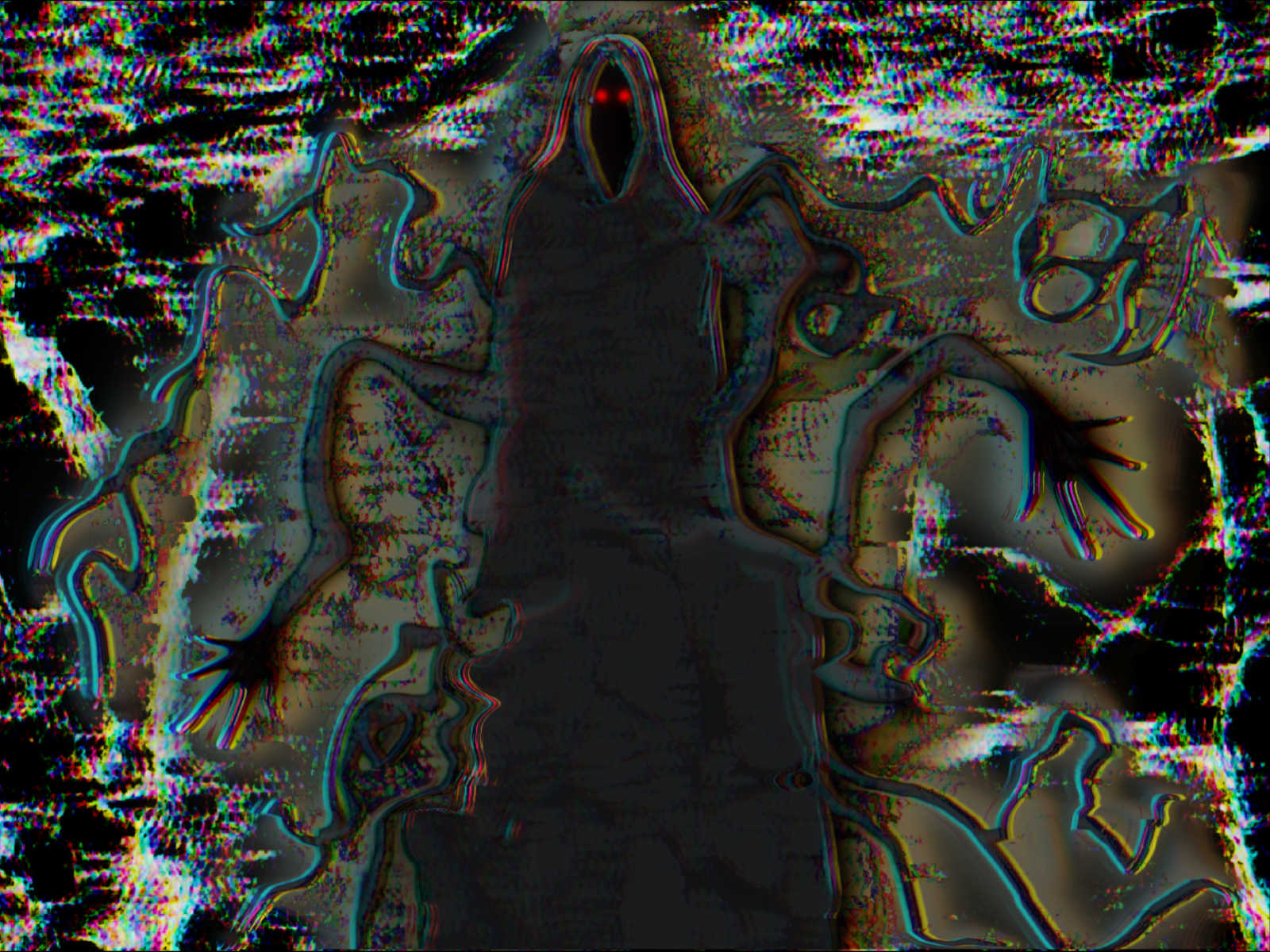 While Shadow People have a lot of paranormal lore associated with them in the real world, they also reside in DMT Hyperspace. The Shadow People embody many attributes associated with them in the occult, like feeding off fear or negative energy in general. The appearance varies with Shadow People, but they are mostly blacker than black wisps of darkness in a humanoid form. Some appear hooded, cloaked, wearing a hat, and even some with glowing red eyes. If the shadow person happens to have already been stalking the psychonaut in waking life, they can assault the tripper much faster than a hunt would typically take to find prey in DMT Hyperspace.

So it’s safe to say these Hyperspace entities are pretty horrifying. The good thing is they are easy to avoid. All a psychonaut has to do is not be absorbed in fear or negative emotions, and Shadow People are non-existent in Hyperspace. Also, even if fear is piqued, Shadow Person encounters are rare, so they should not be considered a threat since it’s highly likely no one will ever encounter them at all in Hyperspace. Also, they tend to dissolve if laughed at or mocked. 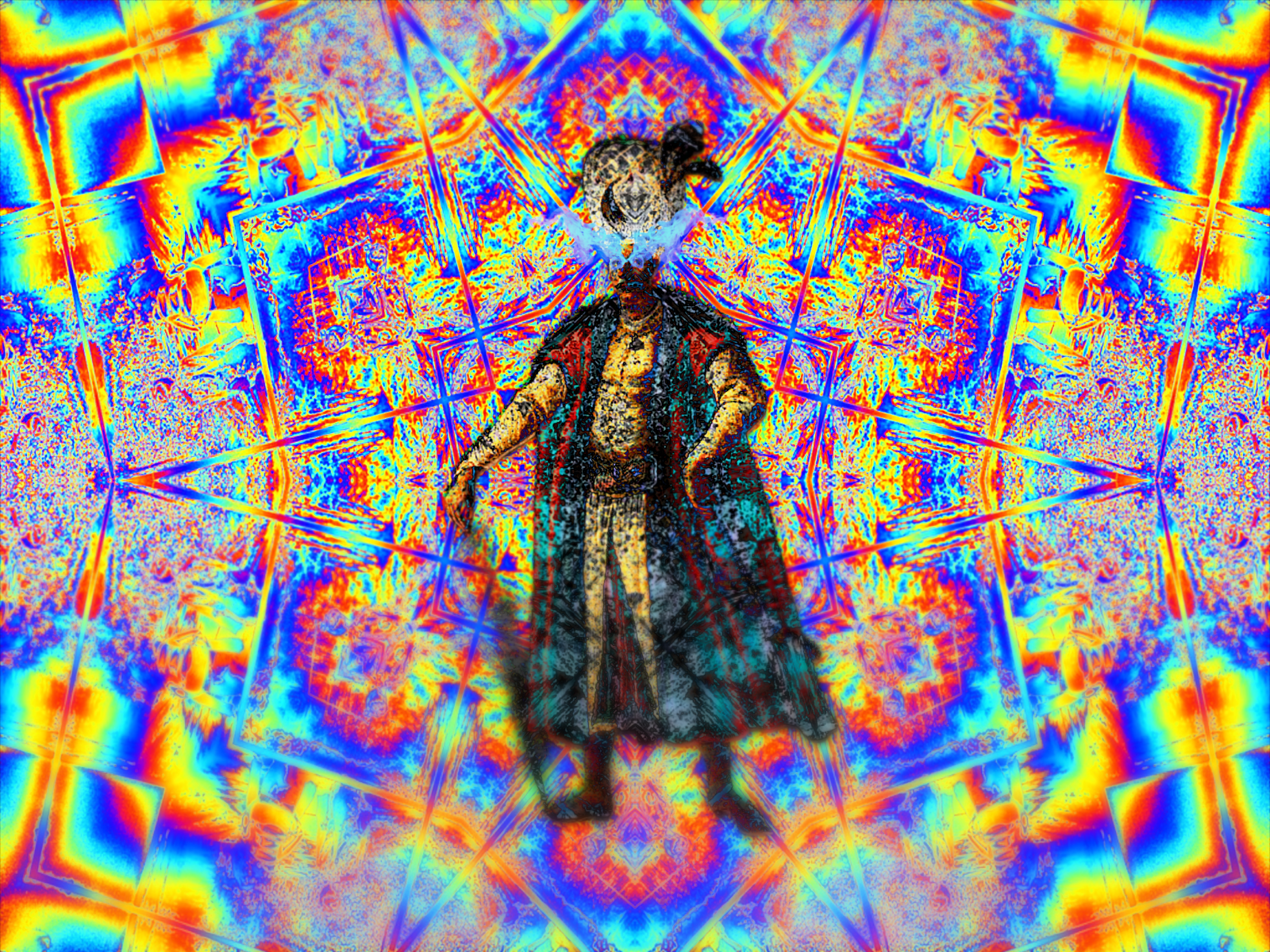 These DMT entities exist just beyond the veil of our everyday three-dimensional reality. Geniuses are usually surrounded by elaborate attire or sitting upon fanciful thrones. Unlike many DMT entities, they are not aggressive OR welcoming. The geniuses are pretty neutral in the majority of accounts. However, these beings have a reproachful demeanor and have body language that permeates disdain when approached by psychonauts. Most of the time, a djinn will outright ignore a psychonaut altogether as if they are beneath their notice and not worth their time, and the tripper usually moves forward in Hyperspace.

However, things get interesting and somewhat unnerving if the entity decides to give the psychonaut attention. They get up from their fancy chairs and move at light speed to appear right in front of the tripper. No matter where the psychonaut looks, the djinn is already there showing off their immense power, being in any location in a millisecond. It seems to entertain them immensely to demonstrate just how pathetic humans are and respond to questions or statements before the psychonaut even asks them. But despite this condescending nature towards humanity, they are not known to commit malicious actions towards psychonauts. 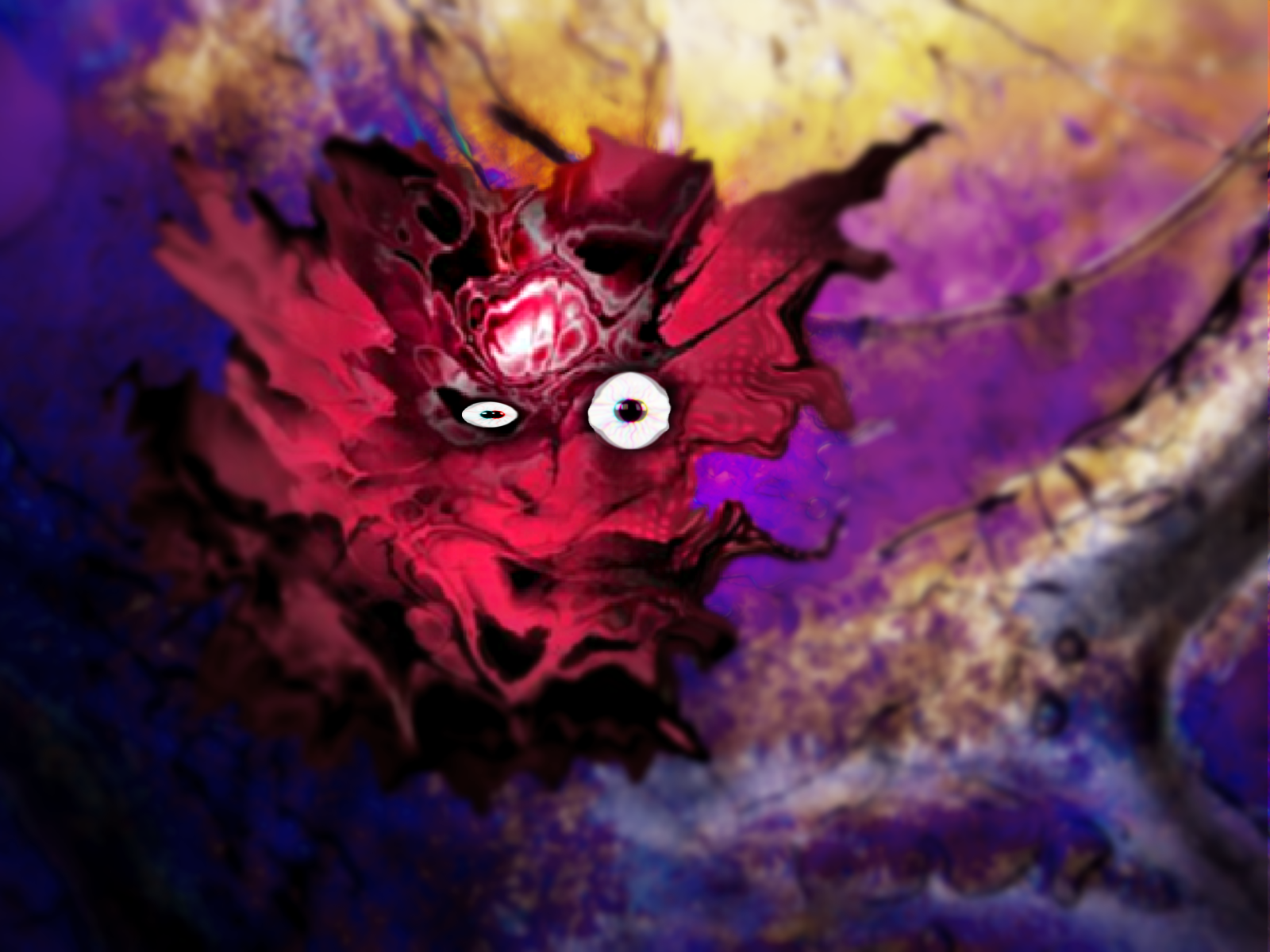 The beings classified as morphos are amorphous and constantly changing in form. They appear to live in the waves of vibration that make up existence and Hyperspace. They can seem like sentient energy waves that are a part of the environment at first. However, their chaotic nature is not hostile to the psychonaut, and they are bearers of wisdom and guidance. The morphos are interpenetrating with all things, which gives them insight like no other.

Morphos can take on forms less alien to view, which usually are recognizable as fantastic archetypes of myth. The consensus is that they are not LITERALLY the beings they take the form of, though. But one can meet anything from a dragon to a unicorn when interacting with a Morphos. They are far more colorful and abstract than their real-world mythological representations and can be an overwhelming sight to some travelers in Hyperspace. 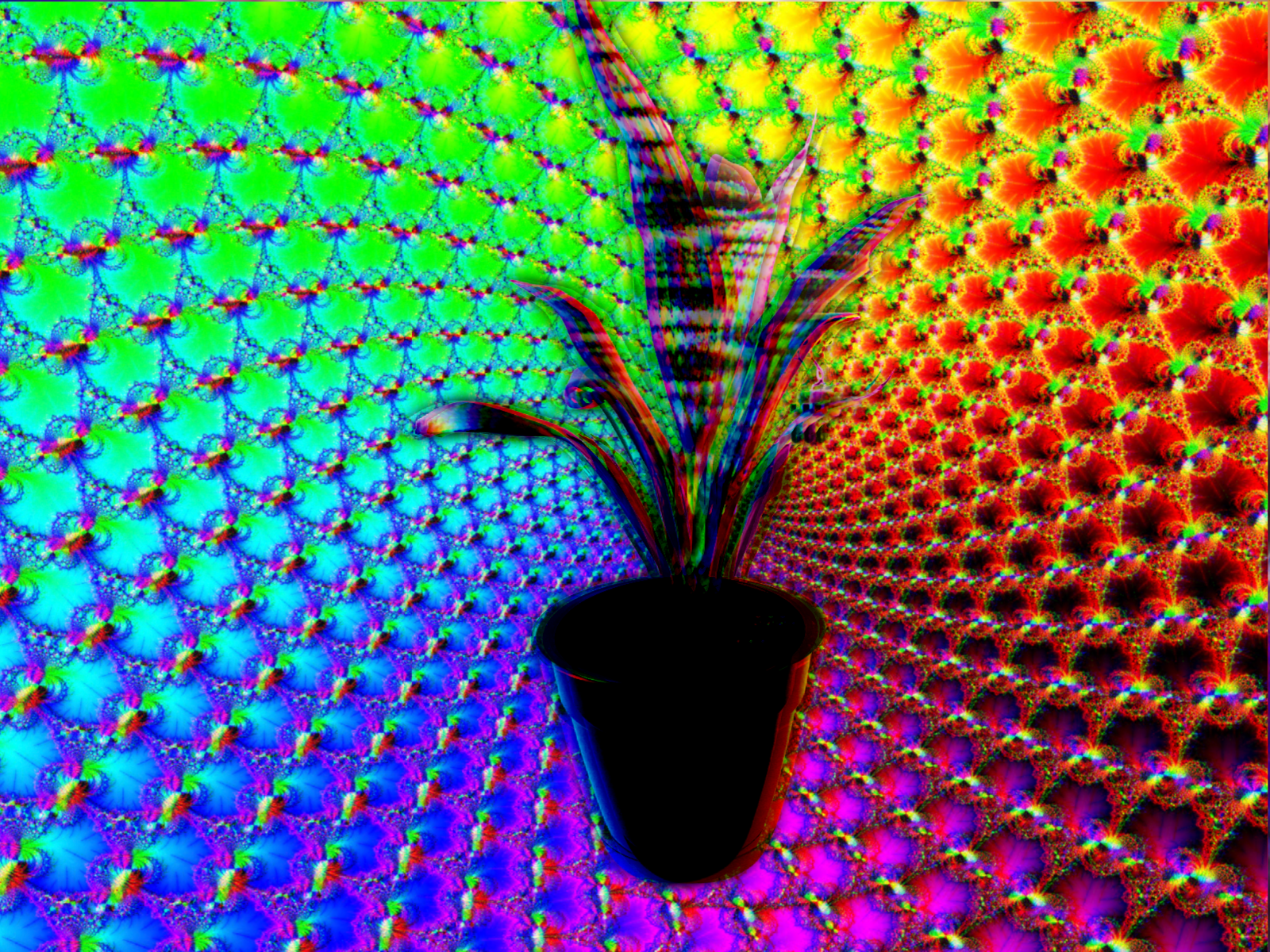 Due to the inherent telepathic nature of all sentience within Hyperspace, they can benefit the psychonaut in many ways. Most of the time, these entities are encountered in the form of some psychedelic plant. But this is not always the case because they’ve been reported to appear as ordinary objects as well, but just alive. If a traveler is lost or confused, these entities are happy to assist.

They bloom and move in fascinatingly psychedelic ways that hypnotize the psychonaut in their plant form. They can also experience sensual stimulation if touched by the tripper and share the cosmic pleasure with them through telepathy. When they are in object form, they may be less interested in physical interaction but still happy to guide in any way they can. 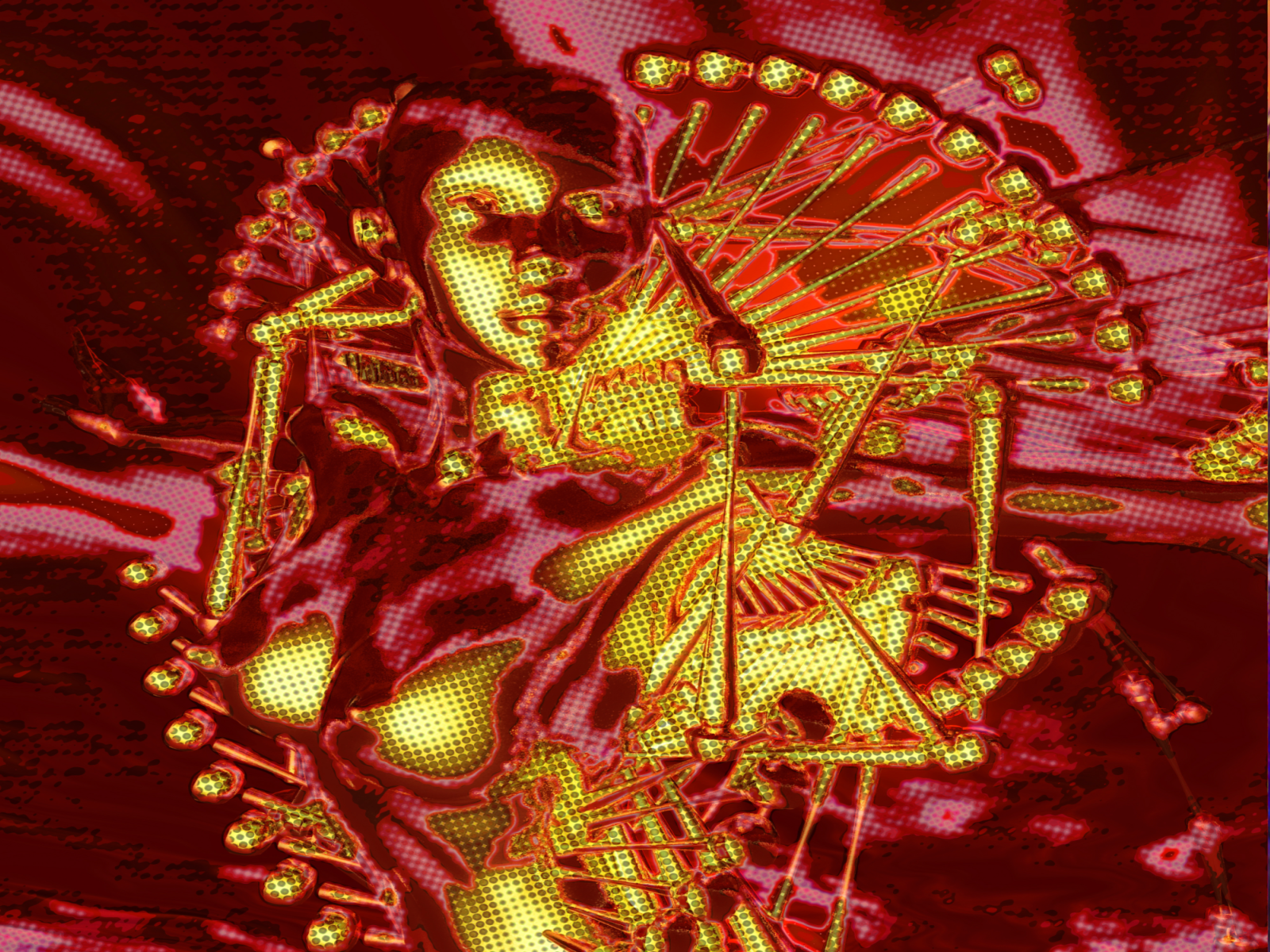 Only one specific type of godhead is ever encountered in Hyperspace at a time, with no accounts of there ever being more than one. These entities are the archetypes of personification. They are the godheads empowered from thousands of years charged with psychic energy permeated by sentient beings in the multiverse and dwarf nearly all other DMT entities in Hyperspace. While these entities are recognizable to an extent as deities from the cultures throughout human history, there are just as many that are totally unrecognizable and completely alien. And when compared to their depictions from history, they seem much more sci-fi than classical, complete with bizarre cyberpunk-type attributes.

While not always, these entities can take a strong interest in the tripper and are not judging or overbearing like some of the more arrogant DMT entities found in Hyperspace. They are not always approachable, though, and one should be wary of the more negative-oriented archetypes of personification. Many psychonauts do not literally think they are gods, moreso sentient thought forms embowered by the collective unconscious of humanity or other sentient beings in the multiverse. They may generate us as we generate them, while one not existing without the other. 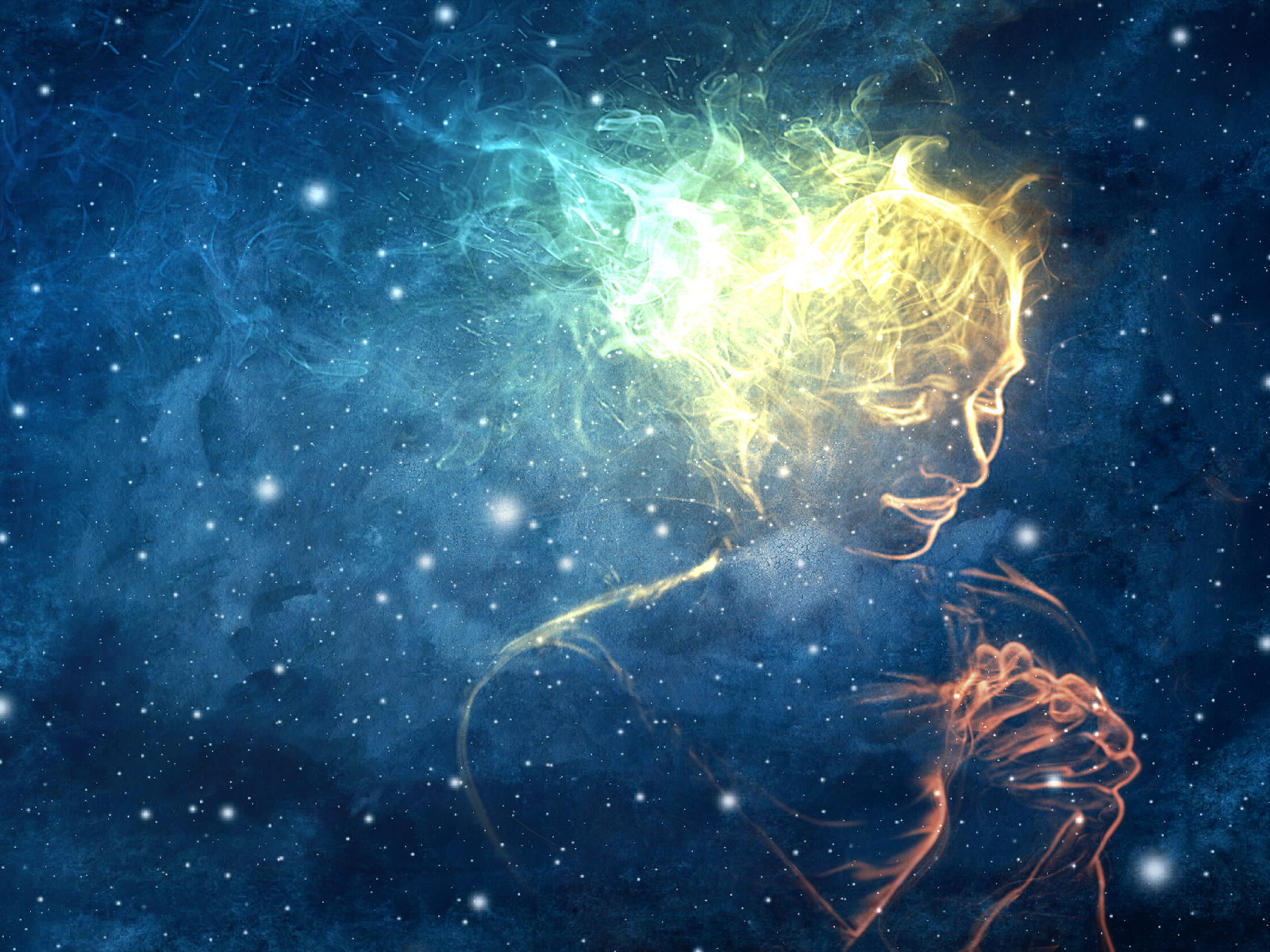 Local Entities make up many different types of non-corporeal beings that vibrate just outside our perceived awareness that have existed on Earth for ages. These beings actually exist all around you, whether one is in DMT Hyperspace or waking life. So local entities can be very aware of PRECISELY who you are and remember anything you’ve done to annoy them. In many ways, people already have a relationship with these types of entities, whether they know it or not, wherever they may live. In fact, there are even ways to see and interact with local entities without going into DMT Hyperspace at all if the right circumstances are met.

Local entities can be offered food, incense, alcohol, or other things from which they absorb the subtle energies. So they can be influenced to become a source of good luck, but can also become a source of bad luck if offended, or if one attains their disdain, which pretty much means their demeanor can be anything from positive to negative and everything in between. And while not directly dangerous for the most part, local entities can cause synchronistic events that lead towards misfortune of all sorts.