N, N-Dimethyltryptamine, better known as DMT, is a psychedelic compound of the tryptamine family. This family also includes psilocybin and psilocin, found in psychedelic mushrooms. DMT is also the main ingredient in ayahuasca, which is well known to take people on spiritual journeys that profoundly change their lives forever. DMT also has a molecular structure similar to the neurotransmitter serotonin and is naturally produced in the human brain, as well as in animals, and all throughout nature.

DMT has been a fascinating topic of study in science for quite some time and has proved to have potent effects on easing PTSD and other psychological oppressors. People have experienced depersonalization and the fear of death being lost entirely. But one of the most fascinating aspects of DMT is the seemingly sentient entities found deep within the vivid hallucinations the chemical produces. 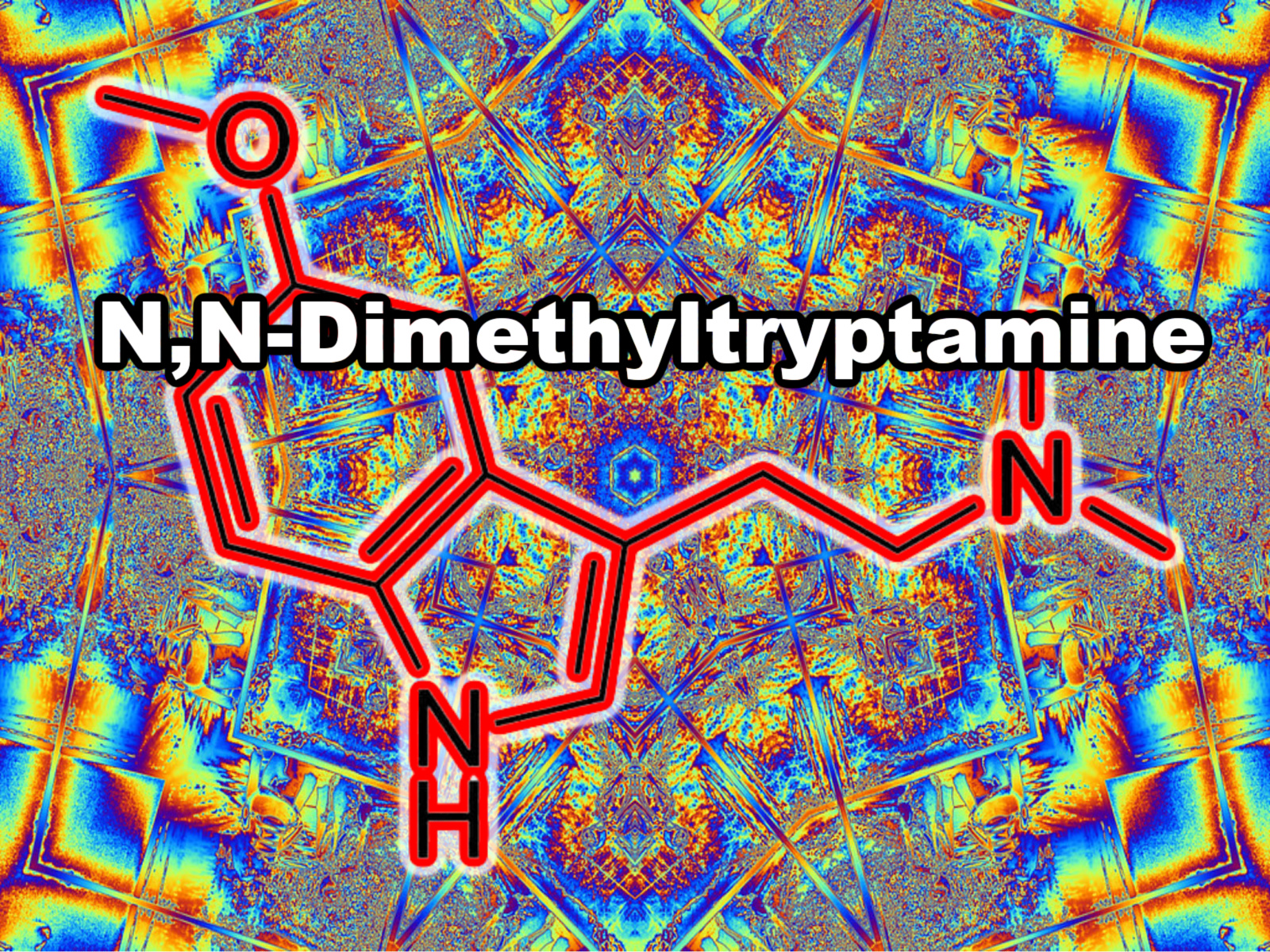 Travelers have named this realm hyperspace, and within the psychedelic plane, seem to dwell entities specifically unique to DMT that are consistently encountered by psychonauts. Is it possible for people to all hallucinate the same exact things, or is there something more to DMT entities beyond human comprehension? After all, they always are reported to be intelligent autonomous beings.

All I know is I know nothing, and I don’t know what I don’t know. Let’s explore some of these DMT entities travelers have encountered in hyperspace and look at a glimpse of the vast endless expanse of the unknown.

“The feeling of doing DMT is as though one had been struck by noetic lightning. The ordinary world is almost instantaneously replaced, not only with a hallucination but a hallucination whose alien character is its utter alienness. Nothing in this world can prepare one for the impressions that fill your mind when you enter the DMT sensorium.” 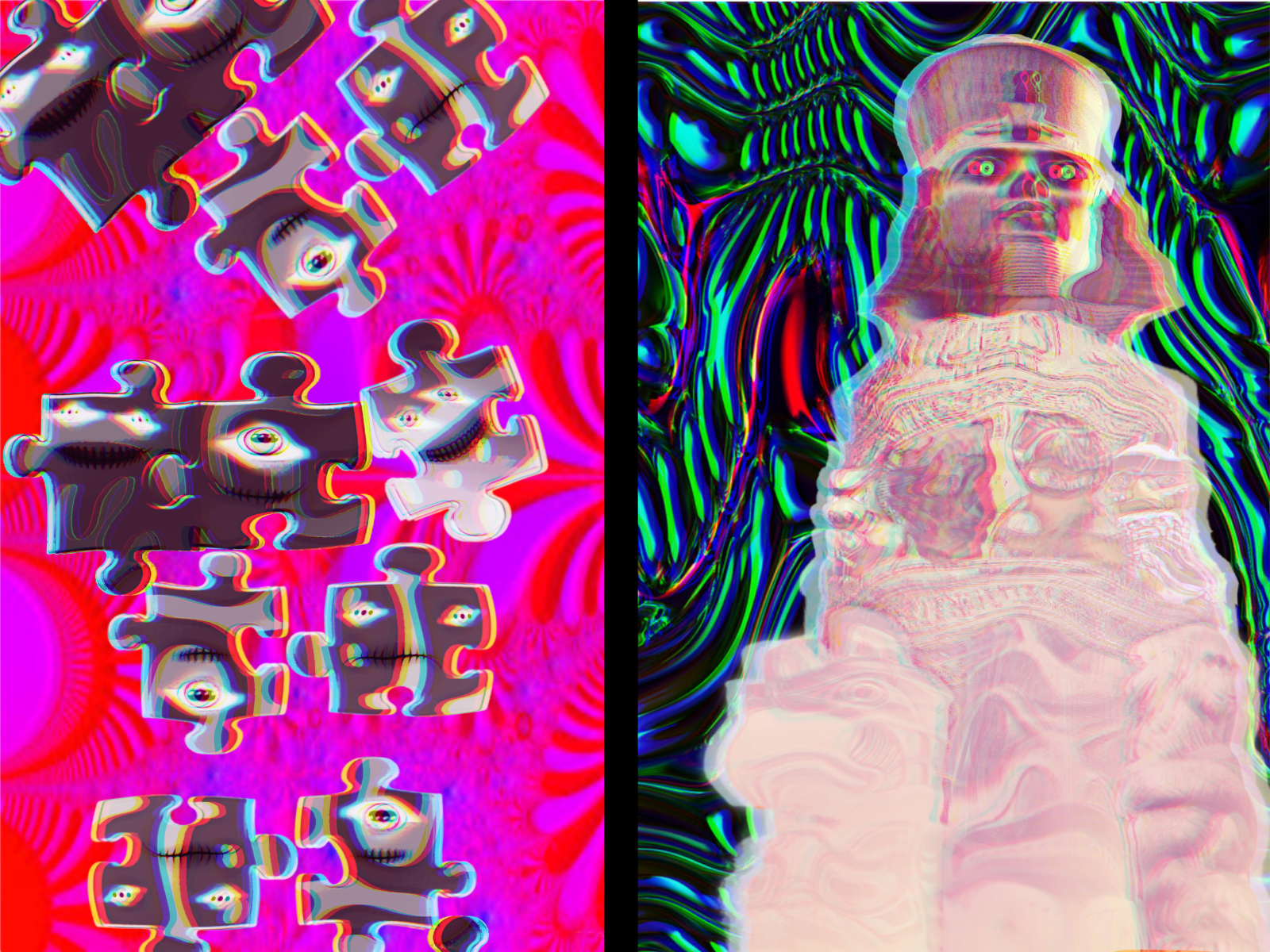 These bizarre entities have mixed opinions in their documented encounters. Hieroglyphic columns can be pretty surreal, but they can also share wisdom and guidance. They are many beings all forming into one collective.

Living puzzles are an amalgamation, too, all making up a single whole. Both are hard to understand sometimes because of the cacophony of etheric voices that make up the collective as a whole, like a chaotic choir. You may wonder why both these entities are under the same description, and that’s because they are basically the same type of being and act in the same way. 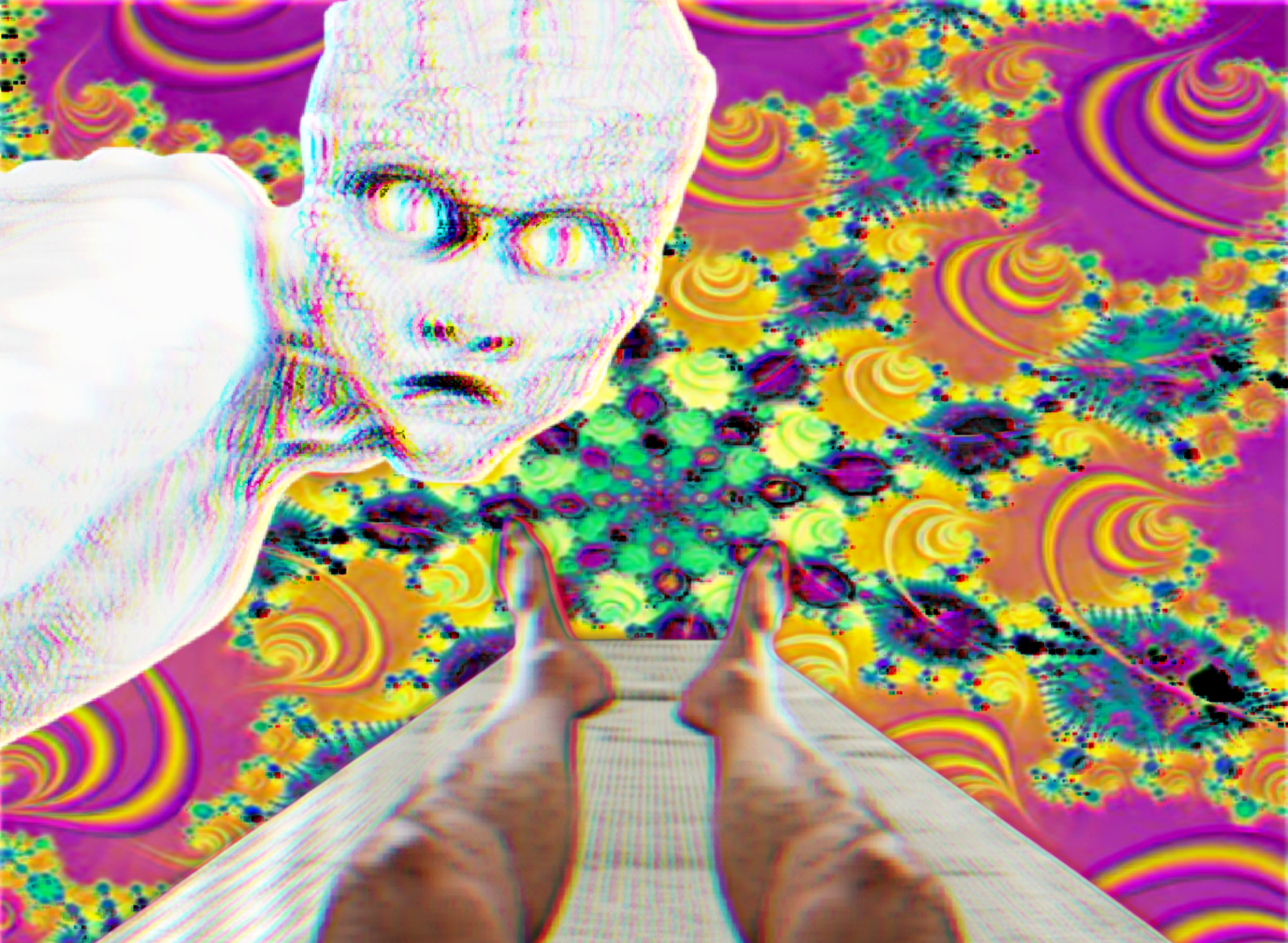 Reptilians come specifically from the book “The Spirit Molecule.” They are not necessarily violently aggressive but aggressive in other ways less threatening to perceived mortality and also in a deviant and sometimes debauched manner of an unwanted sexual nature. The entities are also not directly linked with Reptilians from extraterrestrial lore, but who knows, I guess it’s possible there could be some connection.

During the 1990s, in scientific experiments conducted by Dr. Rick Strassman, one of the first revelations was volunteers encountered nearly identical reptilian beings. The consistency between reports concerning the reptilians was:

The similarities between experiences were remarkable. It always started with kaleidoscopic mandalas completely taking over their vision, followed by intense vibrations. Then all of a sudden, the volunteer is shot outside their body into another realm. The psychedelic room they found themselves in has strange alien apparatuses all around them reminiscent of medical tools and machinery. The reptilians would then come into focus as if they were waiting for the person. The entities communicated with the volunteers telepathically and performed various medical experiments on them.

The DMT study had cutting-edge brain science for the time, especially the psychopharmacology of serotonin. Volunteers who encountered these entities universally denounced them as evil violators. You can learn more about these experiments in the book “The Spirit Molecule.” 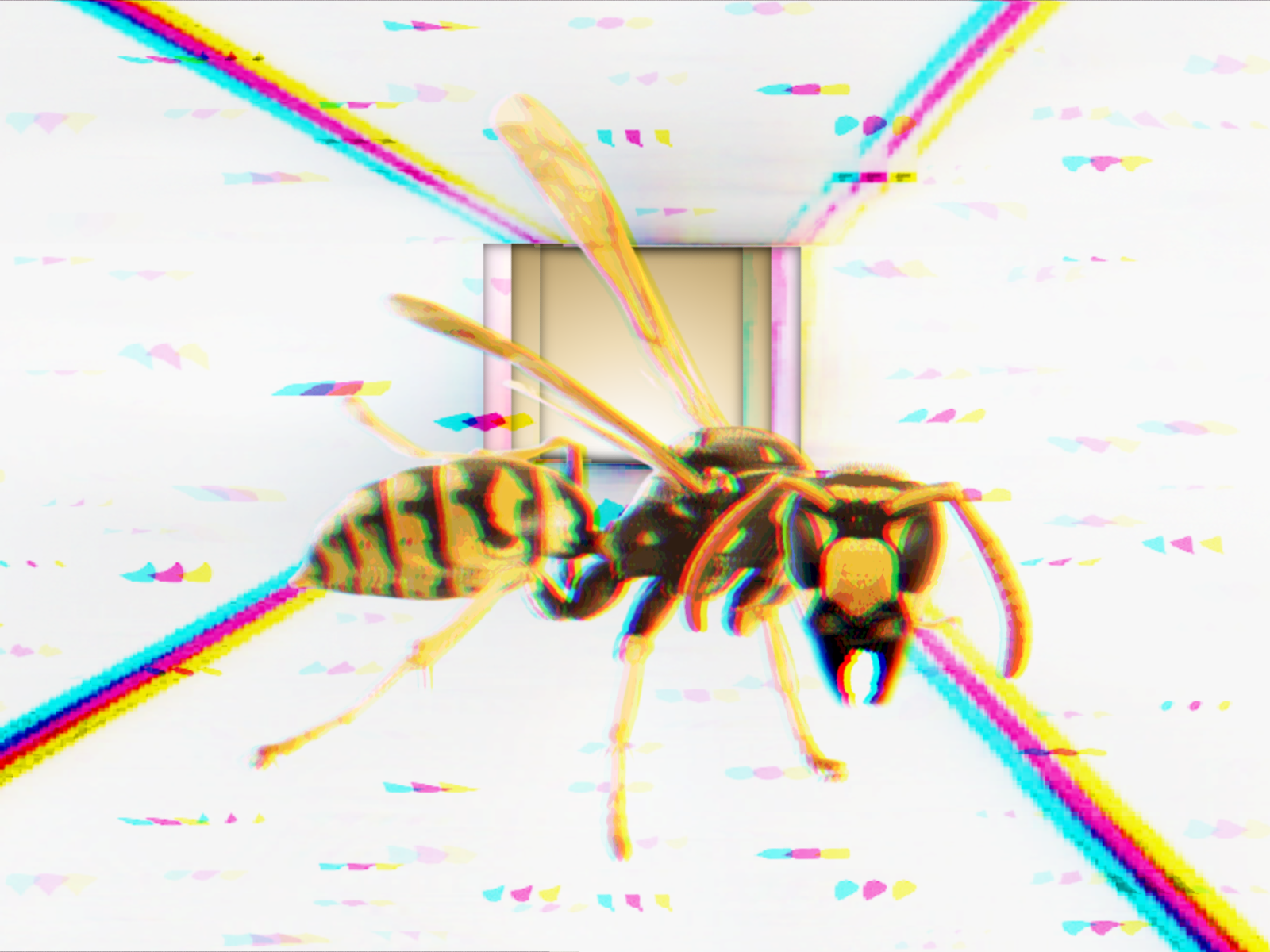 Giant Wasps are menacing but not necessarily evil. They do enjoy using freaking a traveler out at first, though. Giant Wasps enjoy being seen far away from the traveler, looking at them sideways before suddenly walking directly toward the psychonaut. But when it reaches the traveler, they don’t harm them, instead walking directly THROUGH them. This visual replays to the psychonaut mentally over and over on repeat. The vision can continue until the psychonaut either moves on or embraces the entity. If embraced, the psychonaut experiences a vision within the Wasp’s body, which could be a way it is trying to communicate, but no further perceived malice occurs. 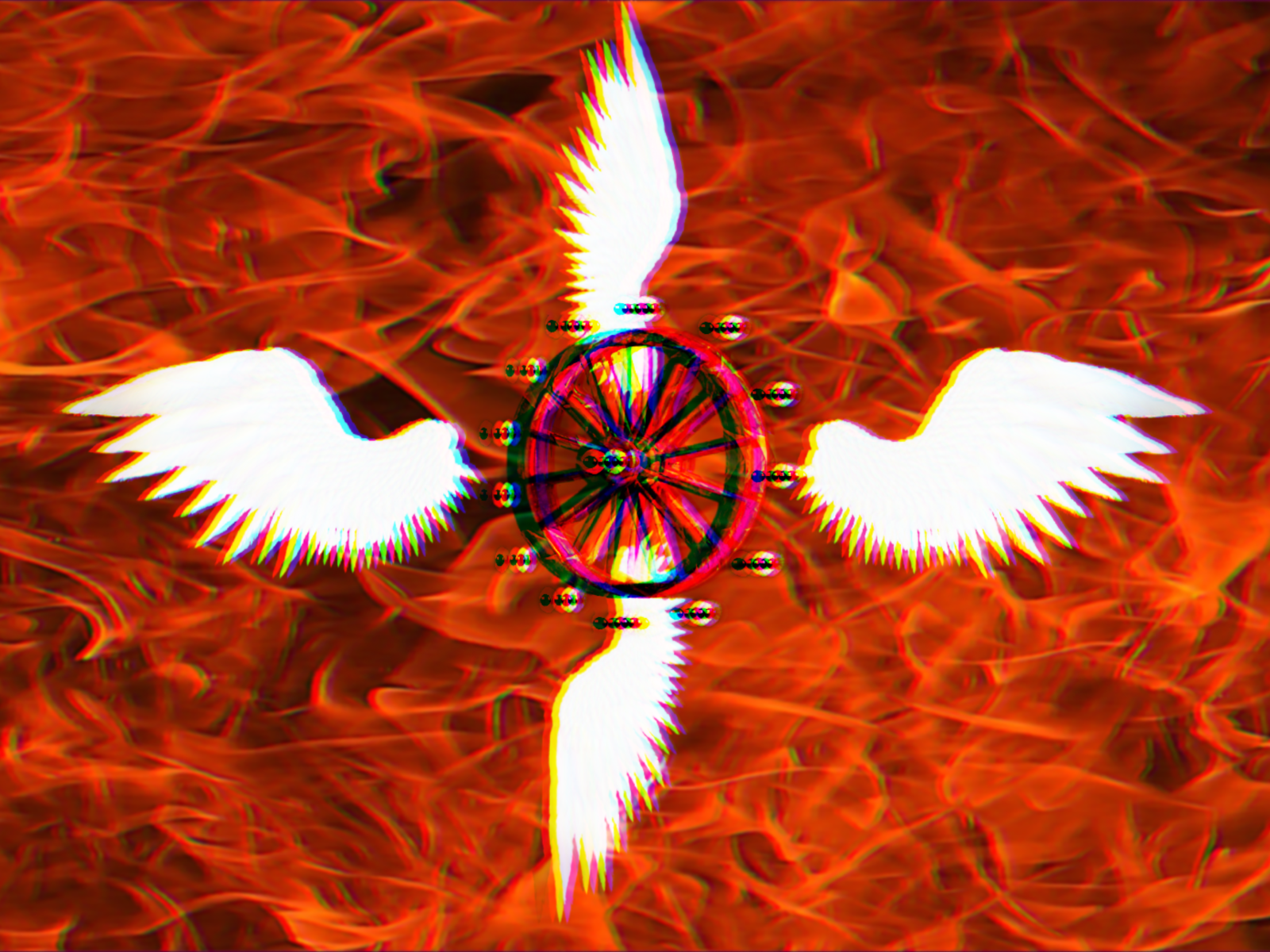 Angels are made up of a variety of light beings; this includes archangels and all the other types of the Shining Ones. They can appear differently based on the paradigm of the traveler but are analogous to what ordinary consciousness would consider an angel. The Shining Ones are a faction of light beings connected to the Central Light and a profound connection to source energy.

Archangels are rulers and can assist in giving the psychonaut an overview of places to journey in hyperspace. The archangels initiate the psychonaut into more profound layers of hyperspace and assist in getting better at exploring it and developing skills to aid their journeys. However, an archangel’s appearance also differs depending on the viewer’s beliefs or culture and has sometimes been reported to be enormous pillars of fire and not humanoid at all. So archangels can appear highly frightening as well as glorious and holy. 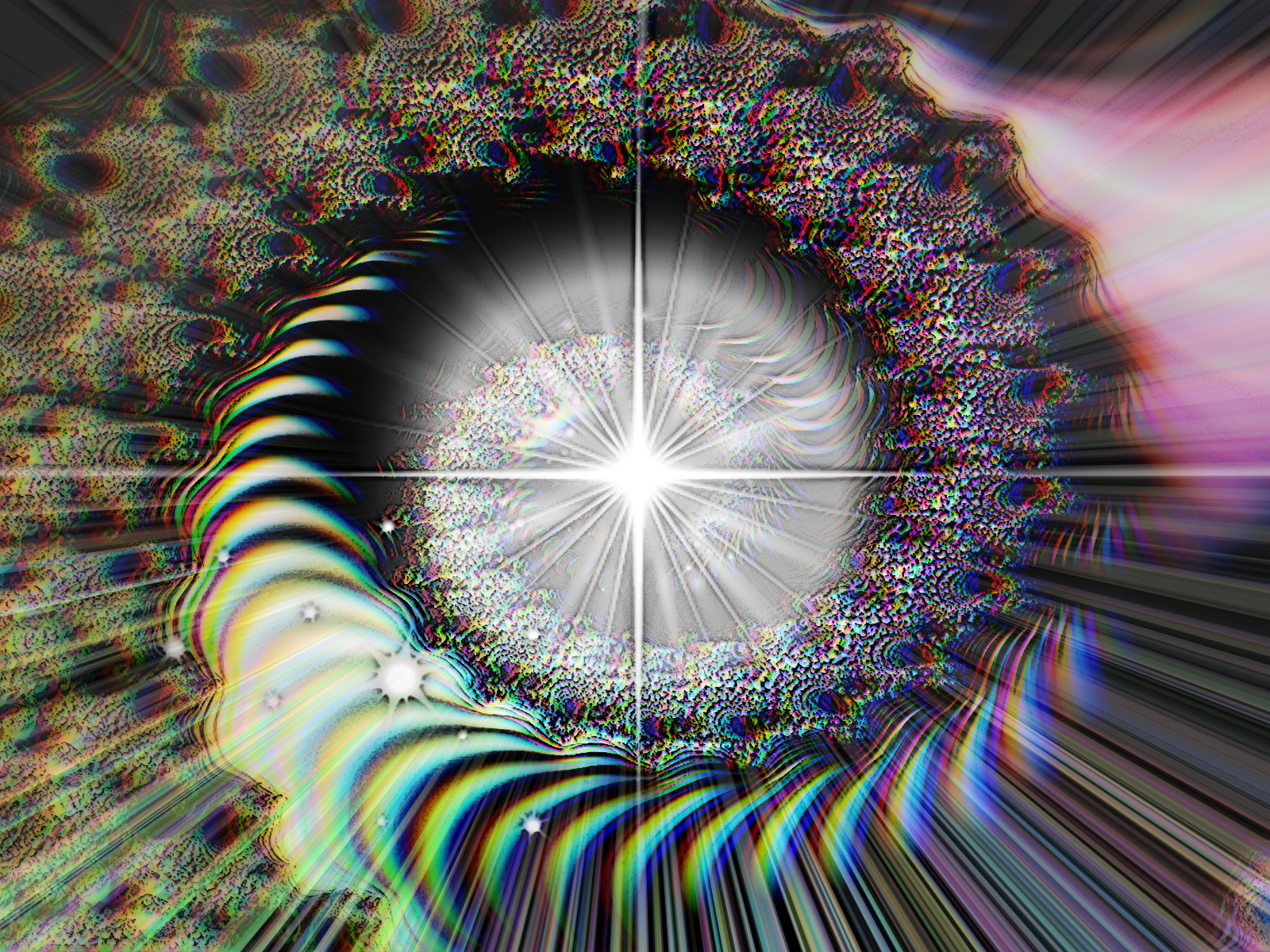 The Logos, also called the Central Light, is associated with the Shining Ones, who are known to some as angels, just previously mentioned. Not much is understood about the Logos because it is quite ineffable. Certain types of people may be inclined to interpret it as “God,” and the Logos tends to have different descriptions in-line with the traveler’s personal spiritual beliefs, or even a lack thereof, relying more on the subconscious to form itself into comprehension for the viewer in that case. 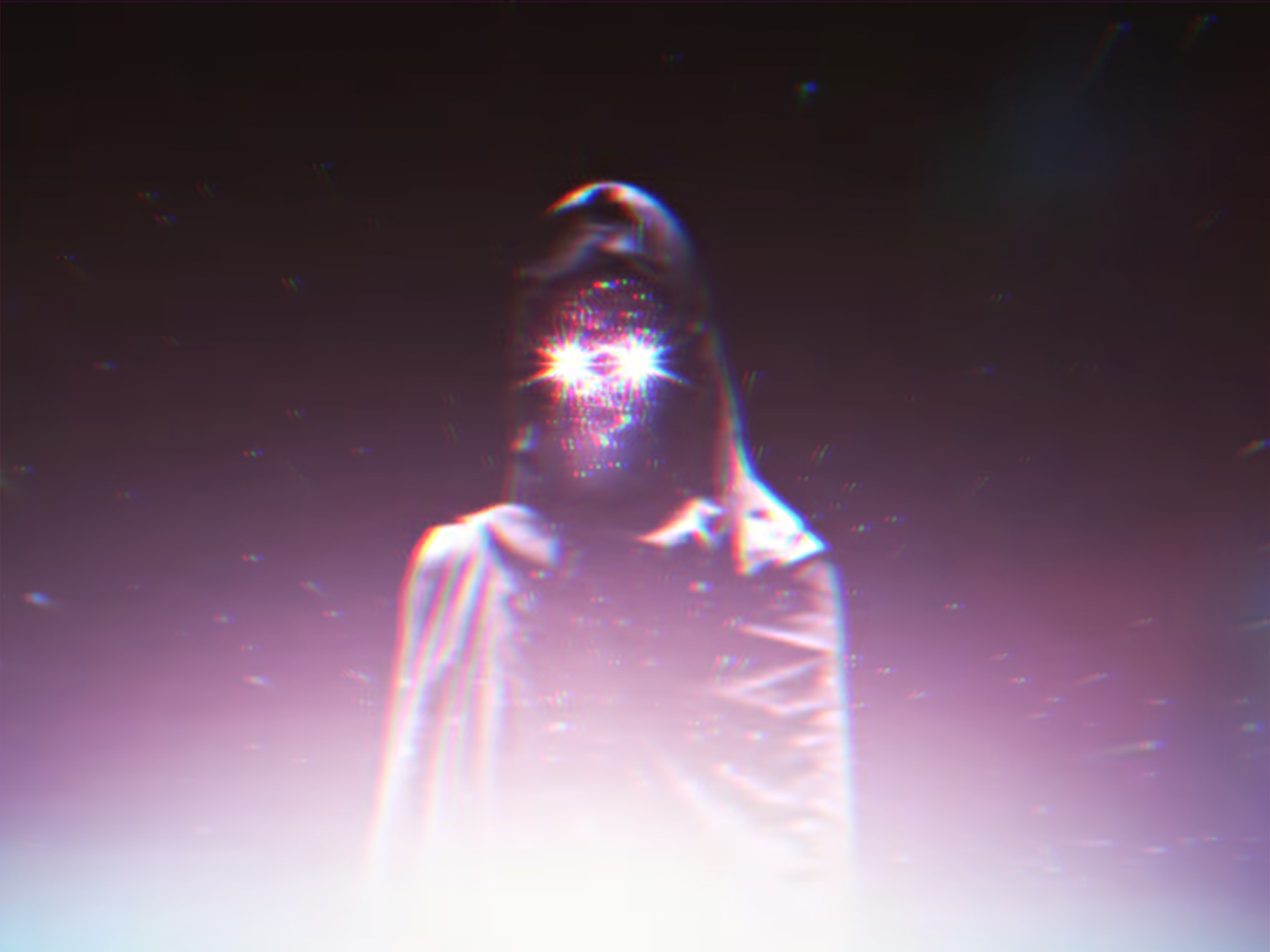 Whether these entities were ever human or are human in some discarnate way is not known, but the oddest thing about them is they appear like magic users from myth, legend, and fantasy. Magicians are mostly found within what seems to be their home in the form of a castle or some other grand architectural design.

Wizards don’t really pay attention to the psychonaut and are wholly uninterested in them, though not in any malicious way. They may give indications that recognize the presence of the psychonaut, but rarely more than that. Wizards are said to have such a higher intellect than normal humans; we are like insects to them. Specific Egyptian-type wizards that resemble the god Thoth have been known to give good guidance in hyperspace. 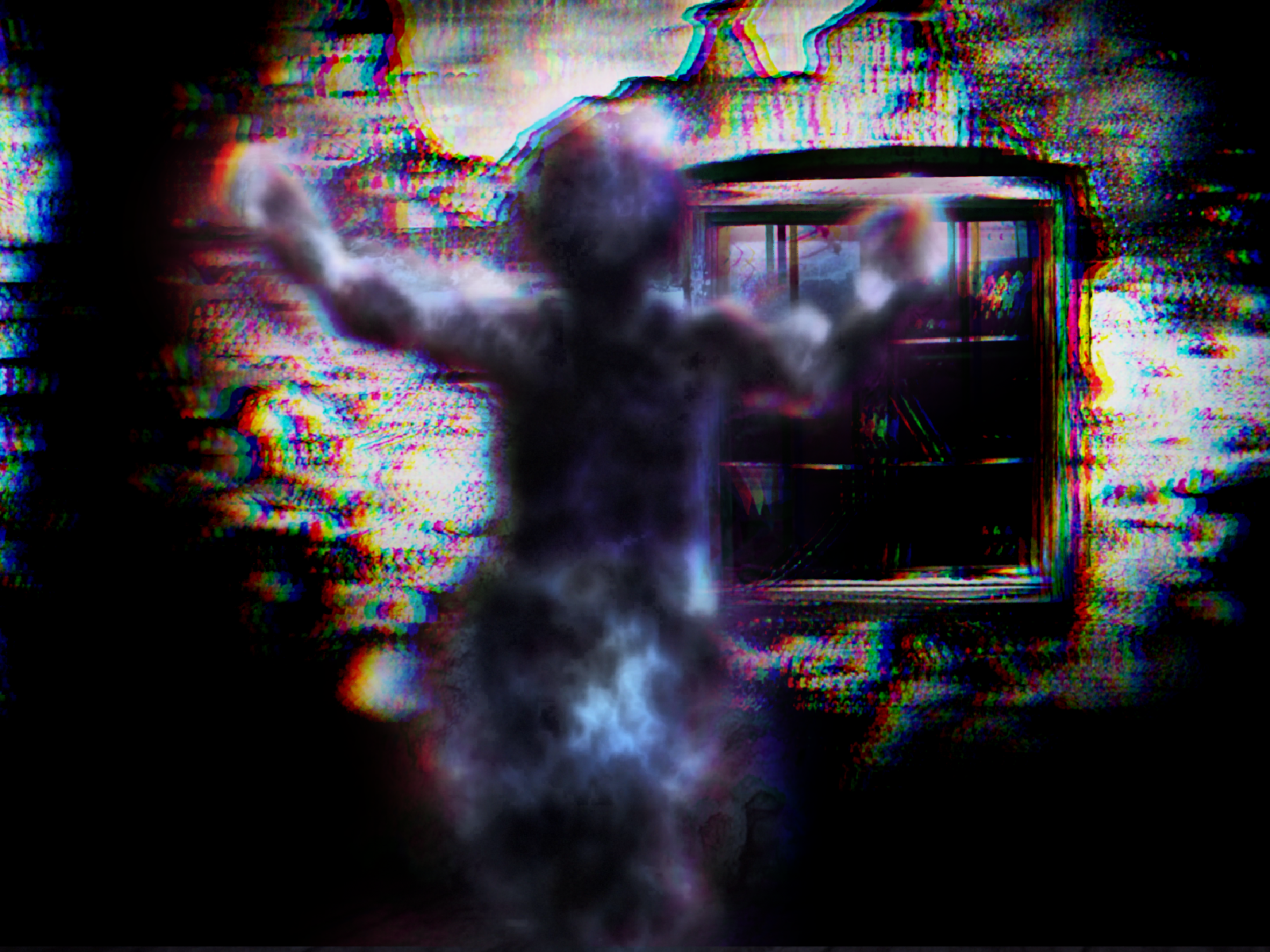 Discarnate revenants are one of the few human-themed entities encountered in hyperspace. However, it’s also a group of beings with a broad amount of categories not easily summed up. But the two main types encountered are residual hauntings and revenants.

Residual hauntings are not able to be interacted with and are just playing out a situation they experienced in life on repeat. Revenants are the energetic body of a deceased person, but not that actual person, though; they have a vague awareness of the real person they were once a part of when they were alive, but their self-awareness slowly fades over time, just like their energetic bodies. 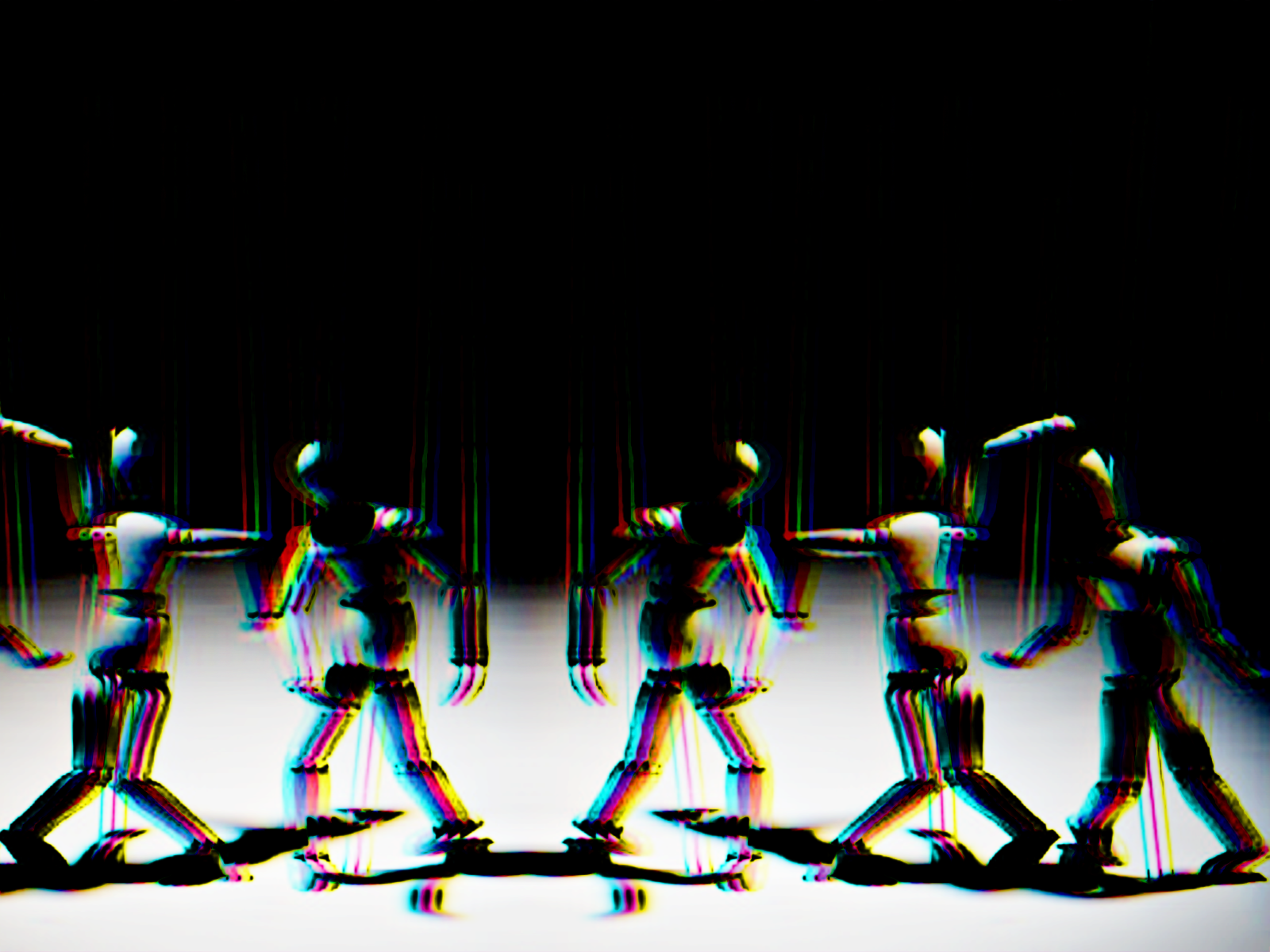 Straw men are unique in that they are actually not independent entities themselves. The straw men are more like avatars or puppets. When a traveler sees them, they share a consistent theme and are orchestrated like a play (in a way) to represent specific lessons symbolically. They can be unnerving because when they are not in use, they fall limp like the soulless dolls they are, but straw men rarely, if ever, interact directly with the psychonaut.

They are usually presented as complete idiots and serve as examples of what someone shouldn’t do or how not to act. Sometimes the straw men are used to represent negative characteristics of a psychonaut’s personality in their waking life.

Most of these lessons boil down to transparent (with the benefit of hindsight) ad hominem or straw man fallacies. Most frequently, they are used in “classroom”-themed allegorical lessons implicitly demanding trust and respect, showing the traveler what happens to foolish “students” who do things that displease them. But the most interesting question behind the straw men is, WHO are the teachers behind the scenes pulling their strings?