Do We Live In A Multiverse?

Is it possible that we live in just one among many or even infinite other universes? How could we even tell? The multiverse theory is a pretty intriguing thought that has captured countless people’s imaginations. Would they be parallel universes similar to our own just slightly different? Could they be fantastically different than ours, or even so alien they’re beyond human comprehension?  In mainstream science, Issac Newton is credited with coming up with the idea of a multiverse (or meta-verse) back in 1704 in his book ‘Opticks.’ A substantial modern theory first came about in the 1980s, so it’s not the strangest subject in the scientific community. Even famous physicists like Neil Degrasse Tyson and the late Stephen Hawking supported the theory.

Many theories state the multiverse is very probable

However, the status quo on the subject changed recently by collaborations of universities from the U.K. and Australia.  The latest scientific research from Australia’s University of Sydney suggests that dark energy, as we know, has little influence on star formation. This greatly adds to the existence of life forming randomly (or intentionally) in another universe, just like our own. The first thing these researchers want us to remember is that with our current understanding of the cosmos, it’s impossible to prove any multiverse theory. While hypothetical, almost all academic breakthroughs have started that way. There’s also the question that if we do indeed live in a multiverse, then could other universes even support life like our own? Some scientists say yes.

The theories usually consist of science’s origin of the universe in which they predict there must be a form of dark energy that’s unseen and expanding the universe slowly. Supposedly, our universe has a lucky amount of dark energy capable of supporting life according to the original multiverse theories from the 1980s. Any less would change everything we know about existence, and any more would cause the universe to expand so quickly that the dark energy would alter matter to the point where stars wouldn’t be able to form in the first place. No stars, no life- at least according to our old limited knowledge on such a mysterious subject. 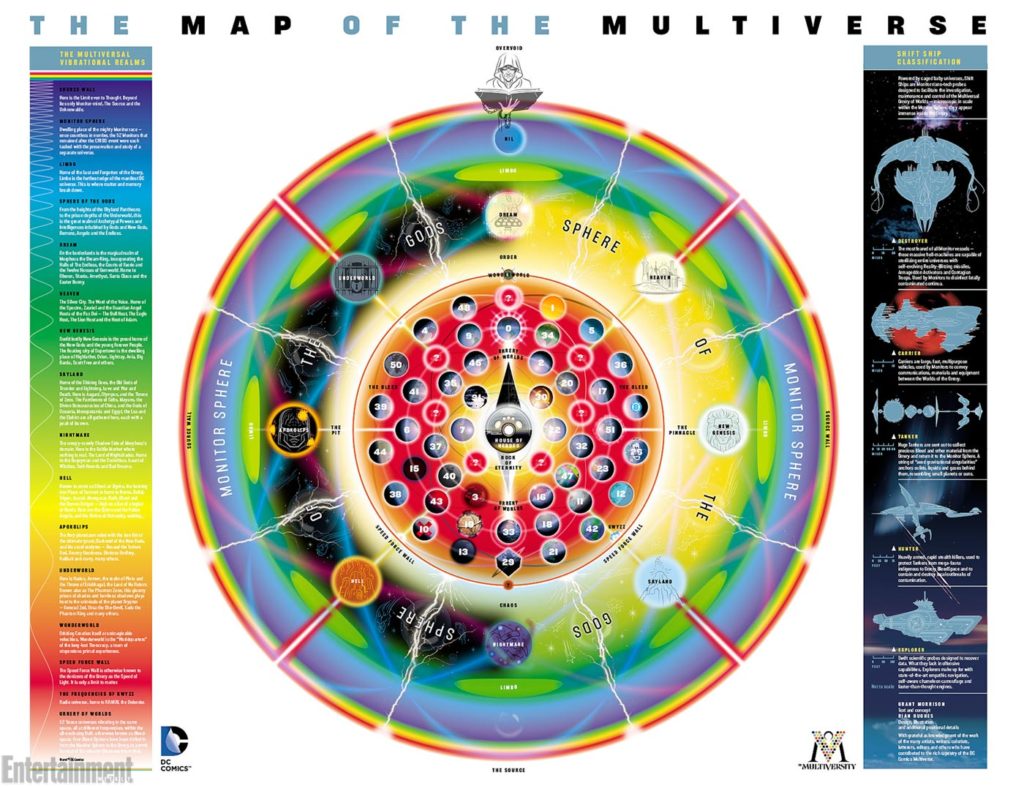 Scientists have REALLY thought this through

Recent research suggests dark energy may not work as was formerly thought. The cosmologists used incredibly advanced and massive computer simulations of the universe to discover that dark energy has little influence over the formation of stars or planets even when adding hundreds of times over the amount we have in our universe. This means that life would form naturally in other universes similar to ours, which would evolve and eventually host sentient bipedal beings just like humans. Life in all its forms would definitely flourish in the multiverse.

Before the discovery, physicists were baffled by the highly unlikely perfect amount of dark energy in our universe, which could support life. It was a subject of hot debate and was proof of intelligent design according to some. But this collaboration of cosmologists has settled the debate of dark matter in other universes, which is most likely a great relief to frustrated researchers. One scientist, Dr. Luke Barnes, said, “The multiverse was previously thought to explain the observed value of dark energy as a lottery — we have a lucky ticket and live in the universe that forms beautiful galaxies which permit life as we know it. Our work shows that our ticket seems a little too lucky, so to speak. It’s more special than it needs to be for life. This is a problem for the multiverse; a puzzle remains.” Still, this doesn’t prove the multiverse theory; they are just simulations. The findings were unexpected and threw some doubts on theories the cosmologists had on how dark energy is measured. Still, the theoretical ability for life to exist in countless other universes is fascinating.

There’s a lot of people out there who consider the multiverse theory to be unscientific. Is there any evidence of anything beyond the end of the observable universe? Well, it’s not that simple. Many famous physicists have all given their different theories on how the multiverse would work. Like the theory that every decision we make creates two new universes, then multiply that by everyone alive on the planet, and add more universes for every particle interaction in the entire universe on top of that, then you might have an idea of how big the multiverse is. That’s a lot of universes. It’s an unthinkably large amount of alternate timelines with countless variations of existence. Imagine many worlds where you exist. In each world, there are different life paths and having totally different careers. You are just experiencing reality through a single one of these infinite life branches. But this is a deterministic interpretation. There are many more theories that are not deterministic whatsoever. 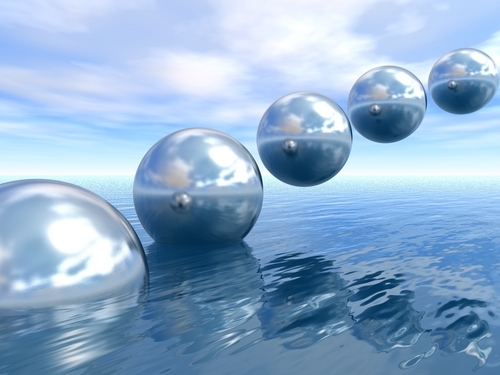 In the multiverse, there are countless versions of YOU

Renown quantum physicists Niels Bohr and Werner Heisenberg came up with one of the most commonly taught interpretations of quantum mechanics that states physical systems don’t have specific properties before being measured. One of the most famous paradoxes that came from this theory is Schrödinger’s Cat, which is a thought experiment still popular today. It goes like this: a cat is placed in a steel box along with a Geiger Counter, a vial of poison, a hammer, and a radioactive substance. When the radioactive substance decays, the Geiger detects it and triggers the hammer to release the poison, which subsequently kills the cat. Radioactive decay is a random process, and there is no way to predict when it will happen. Physicists say the atom exists in a state known as a superposition—both decayed and not decayed at the same time. This is known as the Copenhagen interpretation, which brought about the theory of wave function collapse. The difference between this and other multiverse theories is that wave function collapse suggests multiple universes exist all at once in a state of constant flux having limitless possibilities.

Some people find the thought of multiple universes and versions of themselves unsettling and for a good reason. If you’ve never seen the show Rick and Morty, you really should. The show is an example of the pessimism that can come from this viewpoint. In the show, Rick has little care for his actions or the fates of those around him, because he knows there are infinite universes. So to Rick, nothing seems to really matter, and nothing seems unique. Who cares if his nephew Morty dies because he can just go to an infinite amount of other realities and abduct a new one to replace him. A deterministic view of the multiverse can also make free will seem like an illusion since predictable mathematical outcomes dictate everything. To some, it can make any choices we make seem pointless. 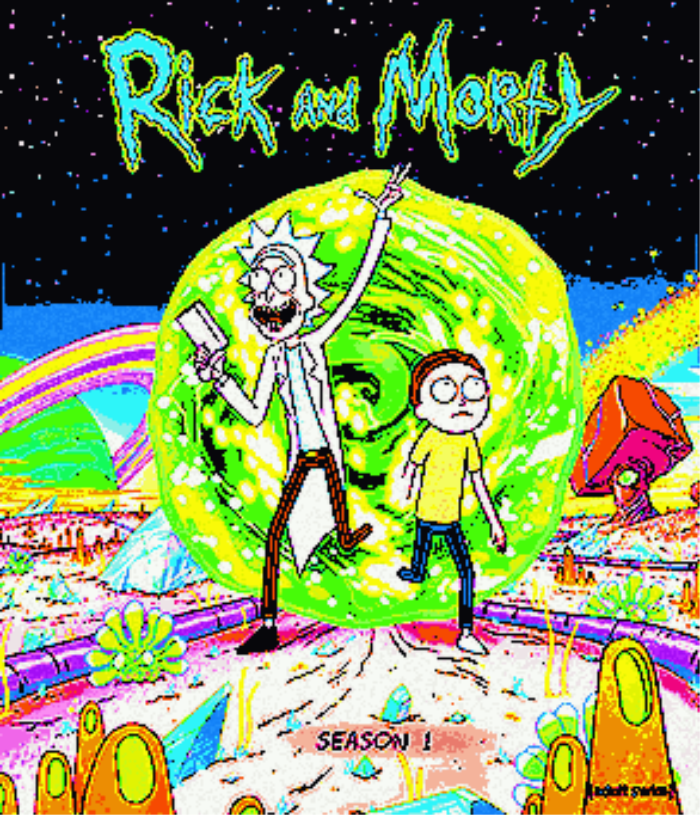 Thanks to Quantum Physics, it’s safe to say reality doesn’t work the way most people may think, and our understanding of the universe is next to nothing. If there are many universes, though, it could explain some bizarre phenomena reported throughout the centuries. Like the Mandela Effect, which is people saying the timeline has changed because they remember things differently than they currently are. Some speculate that it’s alternate realities colliding with one another that creates the Mandela Effect. A couple of examples of this are people remembering the Monopoly Guy with a monocle. He doesn’t have one. Or people remembering a Sinbad genie movie from the 1990s, but there isn’t one.  There are claims the multiverse could explain everything from the UFO phenomenon to ghosts and the supernatural. But at the moment, science doesn’t have any proof for the existence of any universe other than our own. With many physicists thinking the multiverse theory is more philosophical than empirical, there’s no reason to have an existential crisis just yet. Though there’s always the possibility, we live in the universe that’s somehow unable to prove the existence of the infinite universes out there in an objective manner. Or there’s always the possibility you’re living in the universe where you never find the link that leads to solid proof the multiverse exists. 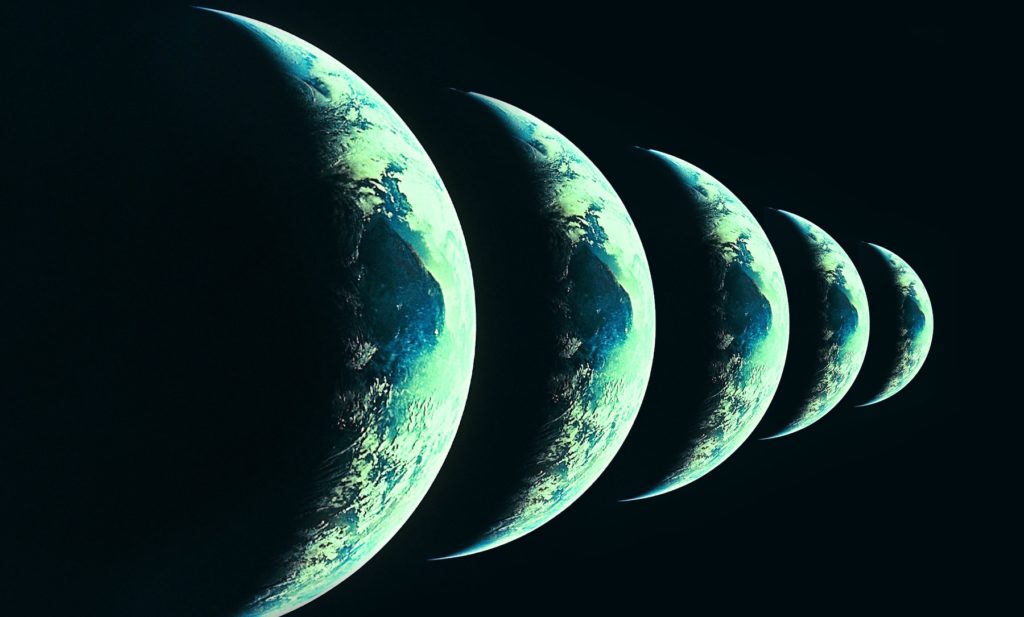 Do you believe in the multiverse?