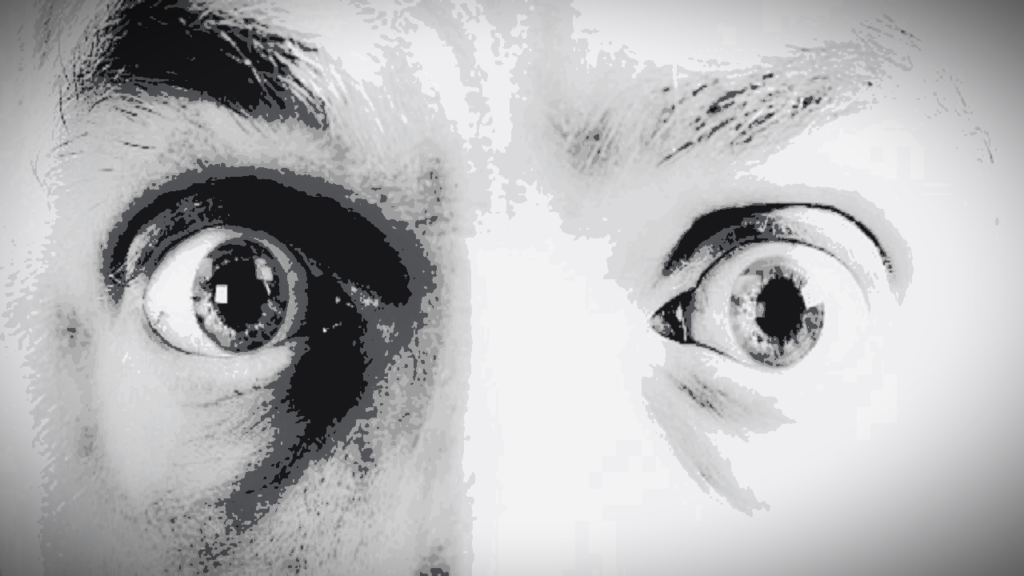 The last thing I remembered was sitting back on my bed to read and all of a sudden… insane sleep paralysis episode. Not a typical episode, though, but one similar to what happened over a year ago. This time, however, was so much worse.

The sleep entity I named Sandman had proven itself a genuine and unbroken promise. Its presence filled the atmosphere, causing my body to break into a nervous sweat. Without a doubt, I knew. It was back and was like a dark flame that grew in painful intensity the closer it came. Every item in my room began to contort and warp. The walls started to ooze a dark and viscous liquid. Though the light was out in my room, a scarlet red, ethereal glow made it seem as if Hell itself had manifested.

Slowly, a shadow appeared through my bedroom door. It made its way across my floor like a contorting miasma and up onto my bed. A cracking and snapping sound filled my ears like breaking wet bone within a human body. 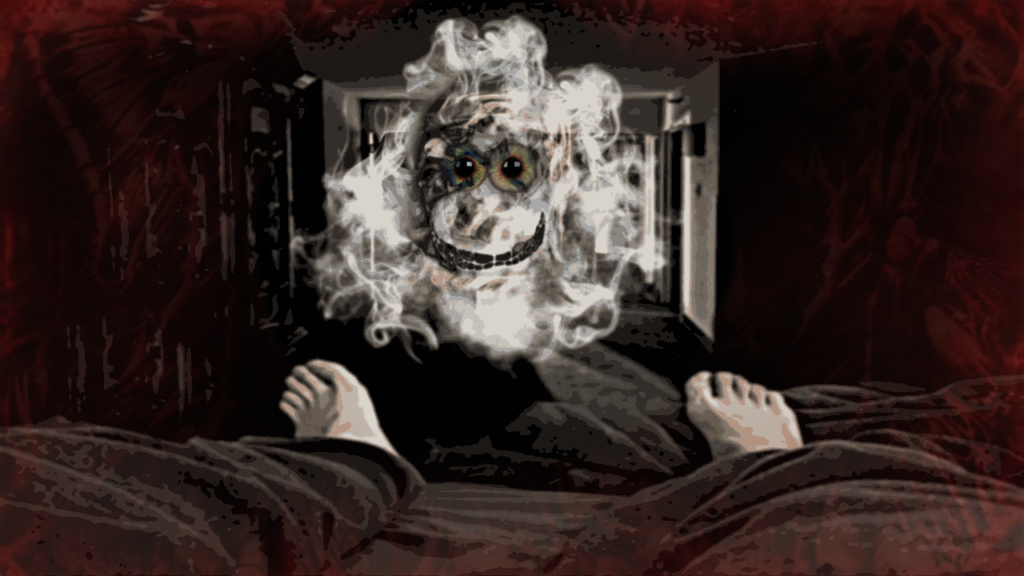 Then came the worst, a voice spoke and said, “I told you I would come back, and that promise is kept. It’s time to show you. WITNESS!”

Instantly I was peeled apart, layer by layer; my very soul separated like flipping pages of a book. Every second of my life flashed before me. Every dream, thought, or nightmare my mind had ever conjured.” THERE!” the voice said.

A whirlwind contracted me to a place of sick torment; my body stretched across a cavern made of blood and bone. As I peered in jerking desperation from left to right, countless others weaved together along with me as if sewn in a dreadful design. All are screaming in horrifying agony. Others were skinless and crawling across the floor of the cavern, crying out in an inhuman cacophony. 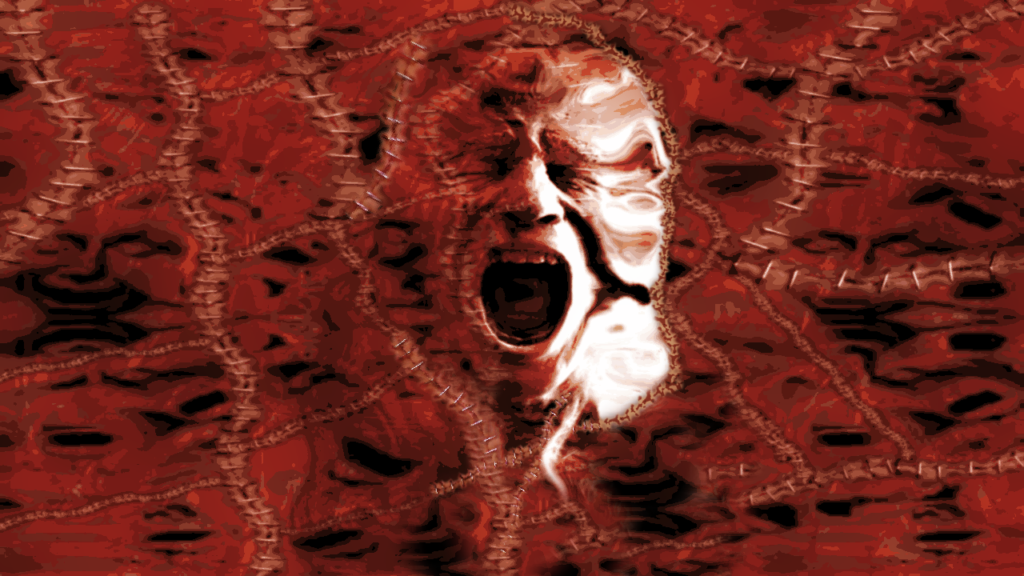 “What could the entity possibly want with all this?”

For eternity I screamed in sheer agony and terror. I would have thought one thousand years was but a second of the Eons I writhed with thousands of others attached as one. New victims added to the pattern consistently, writhing in agony, and others appeared on the flesh floor without warning. The choir of suffering drowning out all sanity remaining to those of the flesh tapestry.

Ages later, I woke to an EMT, saying, “welcome back.”

“What do you mean? What happened,” I asked. “A close call buddy. You had a heart attack and, luckily, your wife came home an hour early,” he responded. “Had she not came home right then and called 911… you’d be gone forever.”

Death was the promise. The Sandman; the reaper. The monster was the world made of myself and countless others all sewn and hooked together. Death was not peaceful; it was Hell! 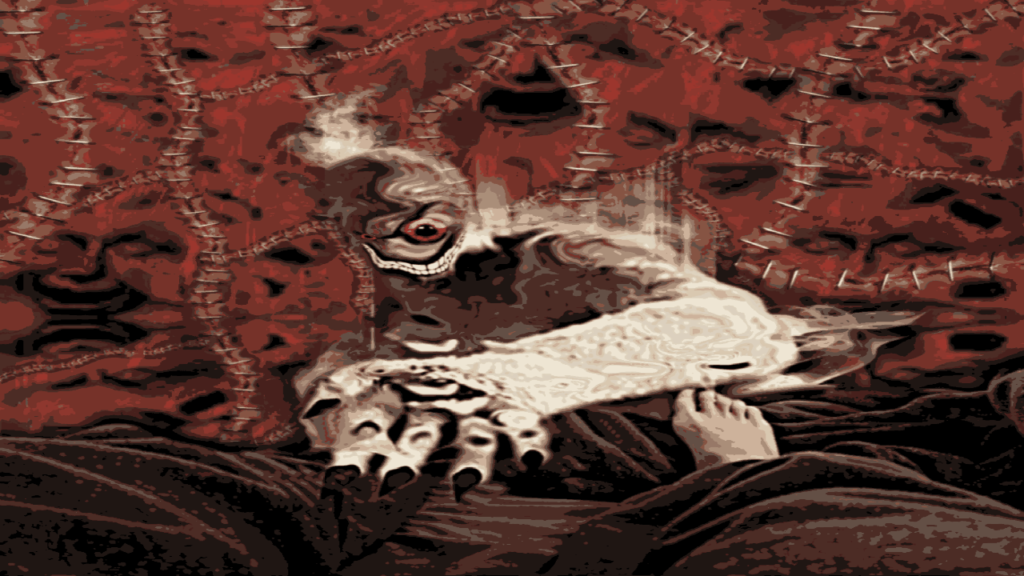 “What am I going to do the next time it comes for me?”

Awesome. But I hope part 3 ads more to the mythos and is longer. I almost forgot about part one but both are cool.

Thank you. As the author, I thought this would be a failure

Oh that cool hi. it good man not failure I like the short reads on break smoking. Hope it goe into weird territory on next one. Good work!

It surely will my friend. Have you checked out The New God or Last Cries? They are on the site too. I have several on here. Just search Shawn Buttons Wallace and it will bring them all all up
Js though, Discarded and Last Cries are very graphic and violent for adults only.

It surely will my friend. Have you checked out The New God or Last Cries? They are on the site too. I have several on here. Just search Shawn Buttons Wallace and it will bring them all all up
Js though, Discarded and Last Cries are very graphic and violent for adults only.

Na their on here? You need make page with all it in one spot. Mostly just read whatever on here from facebook 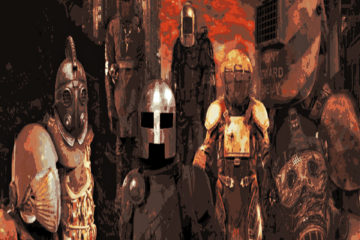 Story by Faith Wilson Copyright Buttonsverse All Rights Reserved Caution this horror short story contains explicit content and is not suitable for all readers. It not only contains graphic horror but public execution. This story Read more…