Careful this article contains content that may be upsetting to some. Reader discretion is advised. And it goes without saying this is for adults only. If you missed the first article of this story titled The Discarded, then click the link to catch up on this malevolent entity of sorrow. If the topics of abortions or rape offend your senses, please do not read. This is a story entirely of fiction by writer Buttons Wallace. 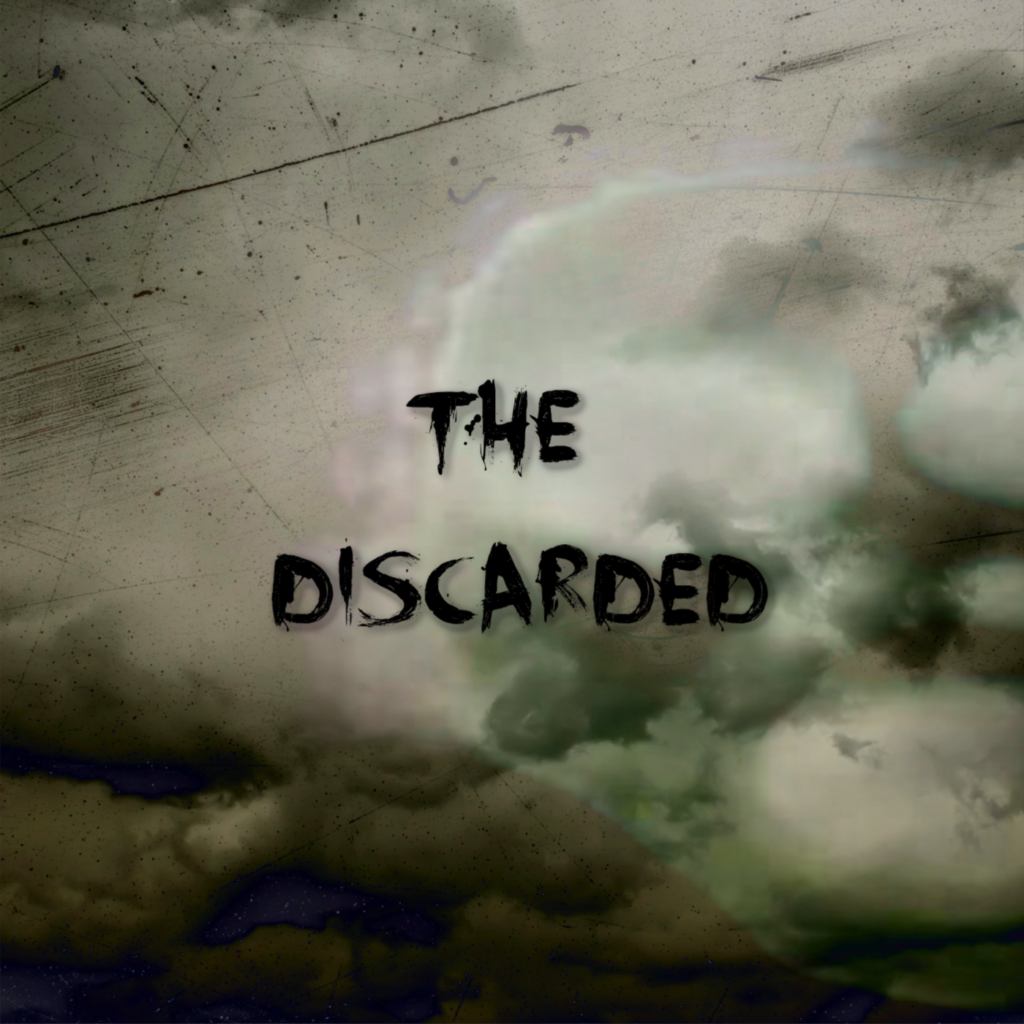 Had Jessica, my girlfriend’s Lucy’s roommate, we call Jessin short, not experienced what Lucy and I have given the term rape absorption, I would never believe such a terrifying occurrence could happen. I have never believed in the paranormal, but my beliefs had their own denials shoved right up the proverbial ass.
It was eight and a half months ago when Lucy called me, crying her eyes out — bawling about how something terrible had just happened to Jess. Apparently, she had been a victim of a violent sexual attack in the parking lot of the call center where she worked. Two men had waited until she made it to her car, which was almost alone in the lot because Jess worked late being as she was the head manager and always closed up. One of the men grabbed Jess just as she opened her car door. Another hit her in the back of the head with his fist. Jess was addled and barely conscious but she still felt as the men lifted her dress, ripped off her underwear, and took turns penetrating her. 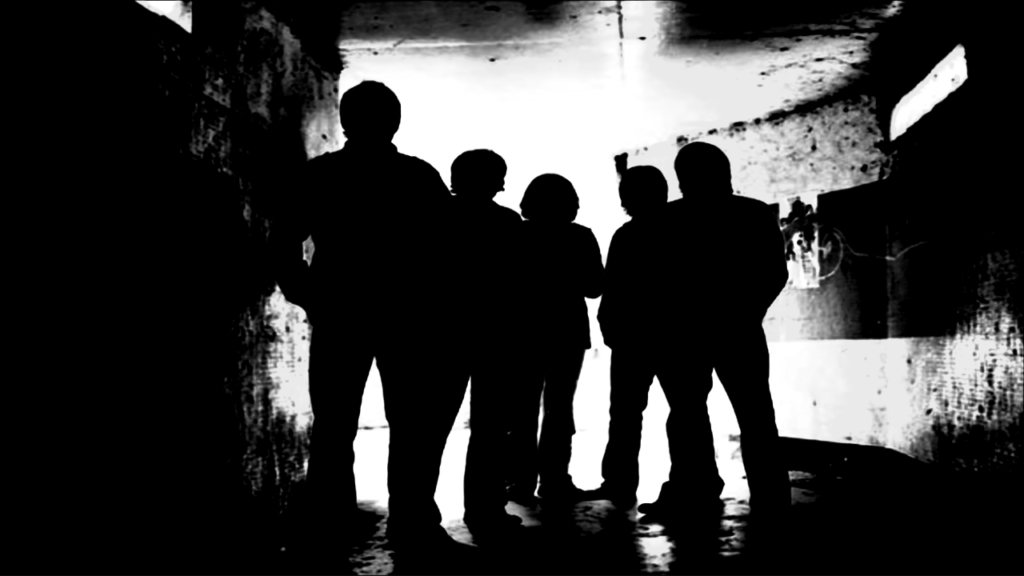 Evil has many forms

When Lucy called me, she was already on her way to the hospital to meet up with Jess. Lucy got the news as soon as Jess was picked up by the ambulance because her cousin Mathew is a Sheriff’s Deputy and knew his little cousin would want to know her best friend had just been attacked, and so he felt it was his duty to tell her. I only wish that any of this mattered because, in the end, no one could have predicted the outcome of the sexual assault. Yes, we knew Jess would probably suffer PTSD, suffer from depression, and maybe even suffer drug addiction or self-harm. Things turning paranormal though… NO. That we couldn’t predict.

I headed to the hospital to show Lucy support while she dealt with the fact that her best friend, since junior high, had just been fucking brutally raped. There’s no other way to put it. She was senselessly and sickeningly attacked and the rapists had got away scot-free because they were wearing masks and never said a word. You would think the rape kit would match their DNA but they weren’t in the system. 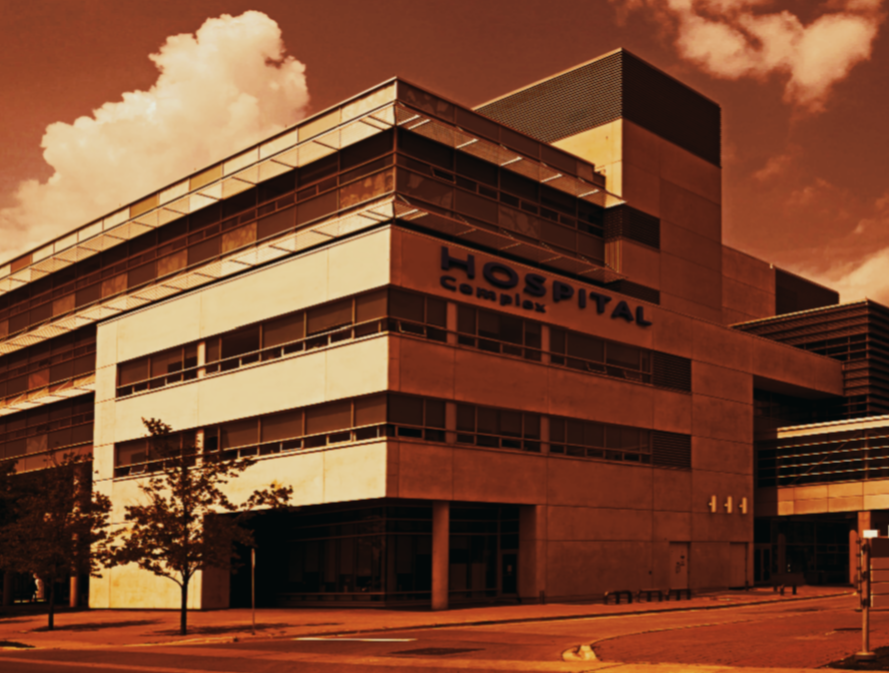 Her body could be healed. Her mind, could not.

Jess was released from the hospital, and Lucy begged her to come and stay with us for a while. She was going to be taking a few months off work, and Lucy was a writer, so she was always home, and so she could keep Jess company at all times. I agreed with the condition since Jess had become my friend over the years, too, and I was completely distraught over the situation.

So the days went by, and Jess was cheering up, seemingly getting her confidence back. Until that is, she began to notice her unusual sickness every time she got out of bed in the morning. She asked Lucy to get some home pregnancy tests, and so she got six. 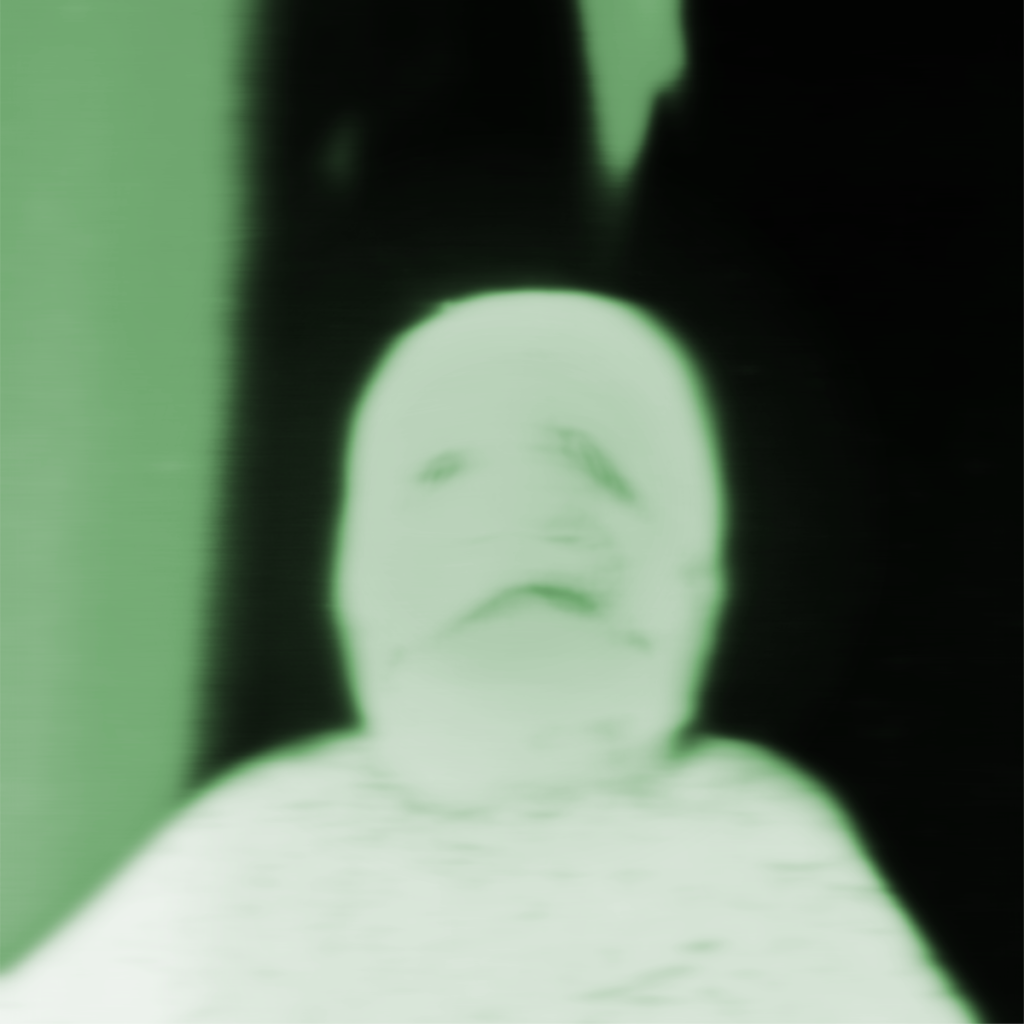 The Entity was watching

All six…were positive. Our friend Jessica nearly lost her mind. Jess was screaming about how she had been impregnated by a rapist. She was frustrated; there wasn’t a way to know which of the two it was. Her attitude immediately changed. She had become dark, depressed, and talked about the “thing” growing inside her like a parasite. We had taken out a mental hygiene warrant and got her into a psychiatric ward where she would stay for over two months. The Doctors had asked her if abortion was an option she had explored, but all she answered was, “I know what’s best for my baby.” Finally, she was released back to Lucy’s and my care. I had taken off work for a while to help our friend but soon realized there was no help.

The third trimester of the pregnancy was something from a horror story. Jess would wake us up at night screaming, and when we would get to her, she would just incoherently say, “It’s got my baby’s voice. It’s going to take him away when it’s time, but for now, it’s not getting him.” “What has your baby’s voice?’ I asked once. Honestly expecting her to just babble off some nonsense about a nightmare because of the trauma she endured. However, she said, “The child dressed in rags who always screams into the sky. Its mouth is always open, and its eyes are missing, or sewn together, I’m not sure. It comes when I’m alone, and it gets closer and closer. It told me inside my head to give it my baby.” 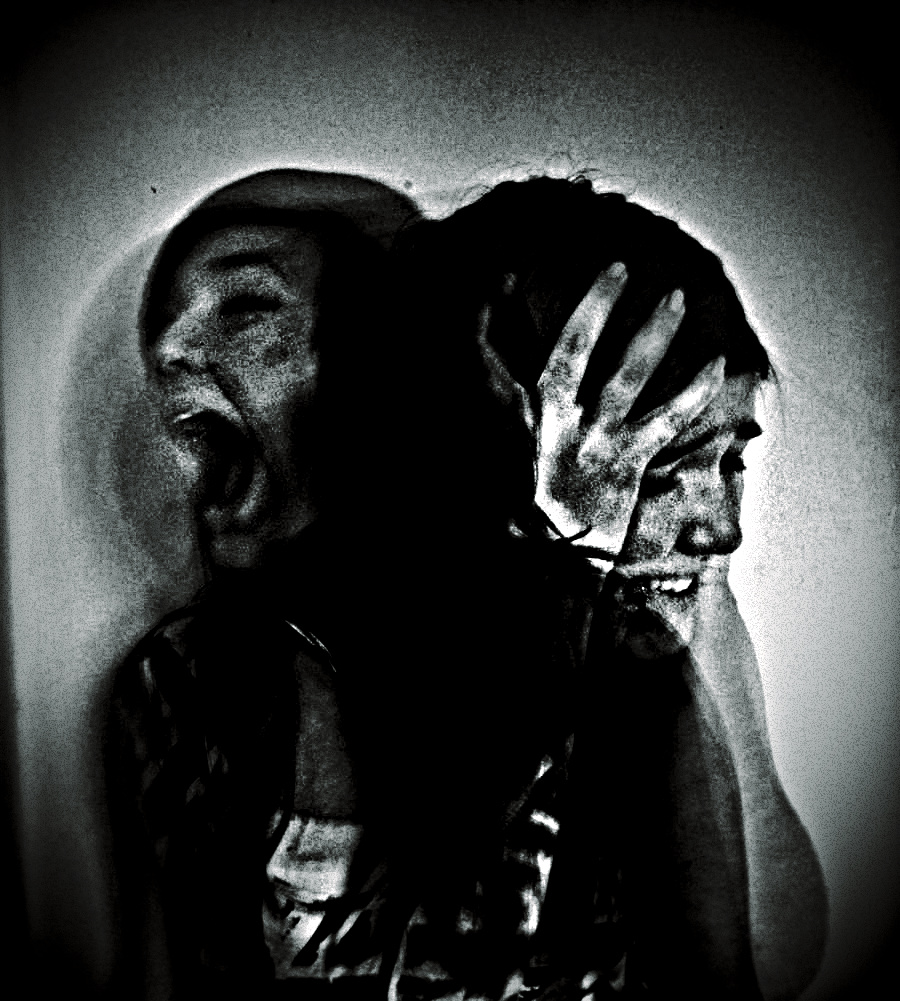 Nothing could stop her descent into madness

With psychiatrists here, psychologists there, the time ticked away. Eventually, Jess was a shell of herself lying in a bed in our spare room. She wanted it dark, she wanted no visitors, and we could always hear her talking to “something.” No matter how many times we tried to get her help, it seemed like a dark energy ensured she stayed in that dark room.

Something was even starting to force Lucy and me into doing things to ensure Lucy had her way. We were like marionettes being danced along the stage of darkness that a sick audience was slow clapping at. We knew we were being used, but we just laughed it off.

Finally, it all broke. The thirty-six week gestation period had arrived, and Lucy and I would finally see just how mad our best friend Jessica truly was. This thirty six week mark was to be the no return point for any of us to ever redeem ourselves. Damnation was certain for Lucy and me for allowing it, and for Jess… She was already damned from the time a masked man ejaculated into her impregnating her.

Lucy and I were asleep, and it was 1:40 am and we were awakened to a child screaming which suddenly stopped, followed by Jess’ mad laughter. We rushed into the room and discovered the sight that caused my institutionalization for some time. Jess had used a soft piece of copper wire, which she turned into t tiny noose and birthed her baby by pulling him out by the neck with a wave of maddening anger. After the baby boy had been executed, Jessica had begun eating bites from his little body while talking to an invisible entity that was kneeled directly beside her bed. It was to this entity that Jessica said she offered the abortion and it’s still in my head what she was saying: “This parasite was meant to be destroyed and I will eat its flesh whit it stole from me. this thing grew inside me and used me; now, I will use it.” 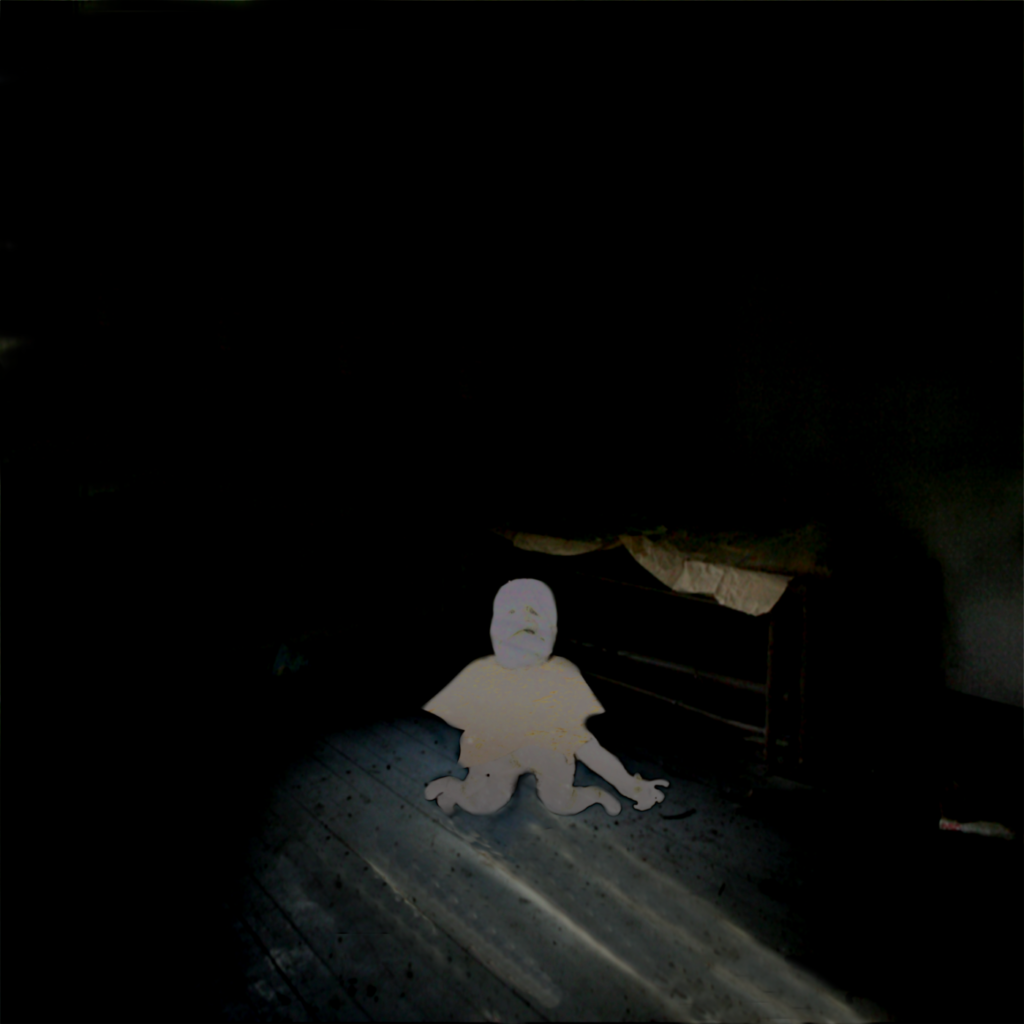 Lucy was in a chocked state and was taken into hospital custody, along with myself. Jessica was locked inside a ward for the criminally insane, and still, I think of the tragedy that was once an innocent girl who was corrupted by a sexually depraved group of men. And that… Thing.

Also, I’ll never, ever, get that sound out of my head. The sound of a tiny baby boy crying his last tear. An innocent child being executed for simply being.